This article is about the villager called Hazel. For villager who was originally named Hazel in Animal Crossing, see Sally.

In New Horizons, Hazel has the play hobby and can run around with her arms extended at any time, rather than only outside Resident Services during a scripted activity with a group of villagers.

Artwork of Hazel from Welcome amiibo.

Hazel is a light brown squirrel, with a large unibrow she never seems to mind, her catchphrase being "uni-wow." She also has short, boyish, red hair that can make her look masculine at a glance, but she has eyelashes and pink blush. She has black eyes and buckteeth.

In Animal Crossing: New Leaf, Hazel cannot be one of the starting villagers in the player's town. 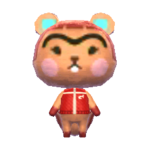 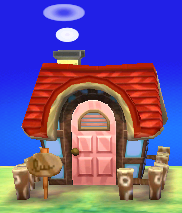 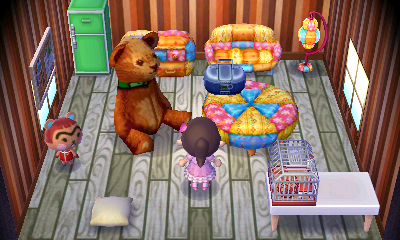 In Animal Crossing: New Horizons, if Hazel is one of the starter villagers, her house will have craftable items primarily from the Wooden Block Series. She cannot have her initial house interior unless she moves out of the player's island or the Happy Home Paradise DLC is purchased, in which either the player or Isabelle can reset the interior. 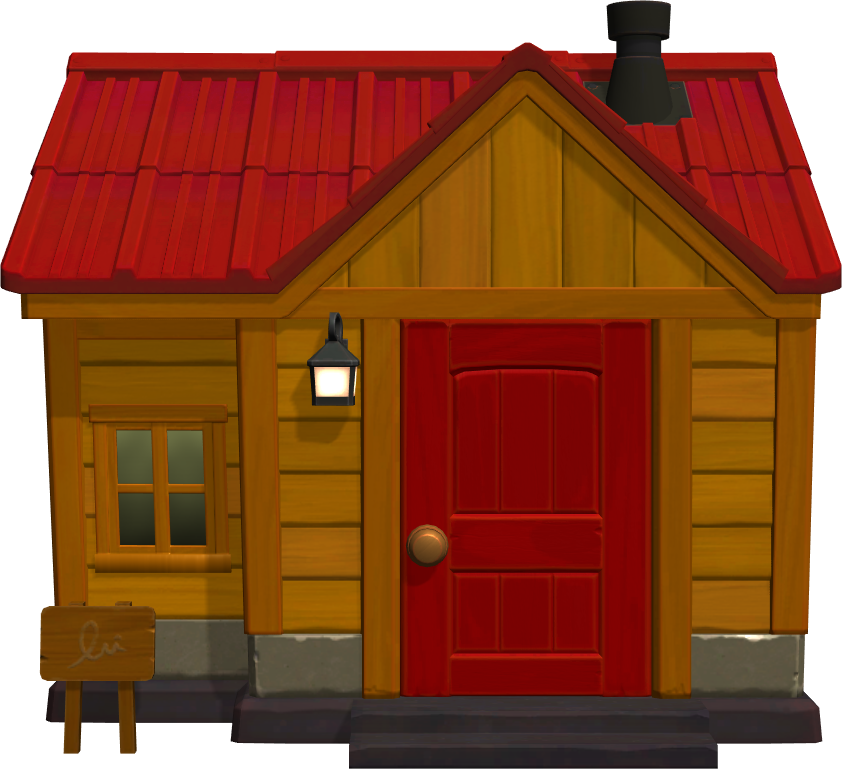 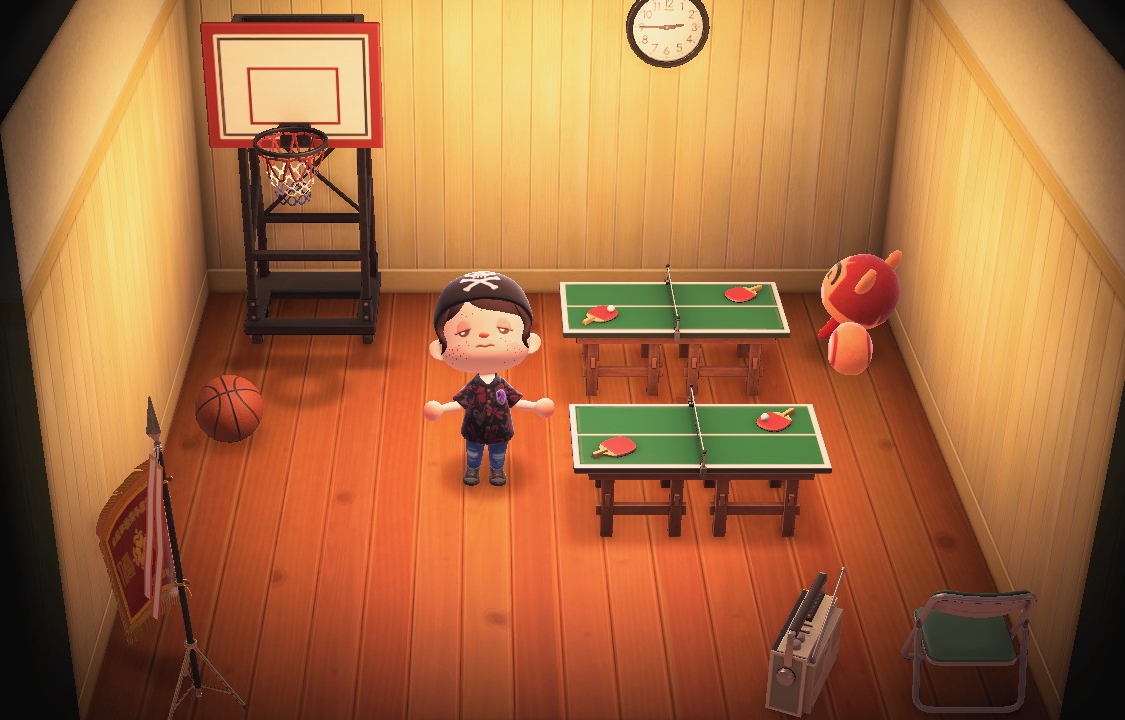 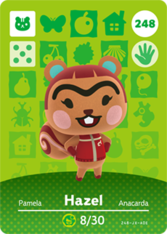