Blaire is a snooty squirrel villager in the Animal Crossing series who appears in all games to date. Her name may come from "black," referring to her fur color. Her catchphrase, "nutlet," means "a small nut," which relates to her species, as squirrels are commonly associated with nuts.

In New Horizons, Blaire has the fashion hobby and may be seen wearing a pink purse with a white flower on it, as well as a specific headwear or accessory item.

Artwork of Blaire from Animal Crossing.

Blaire is a dark gray squirrel with three white stripes on top of her head, which makes her resemble a skunk. She has a caramel-brown nose and white eyelashes. The insides of her ears are brown. Her appearance is somewhat similar to Tasha, another snooty squirrel.

My tail looks extra fluffy in this picture. 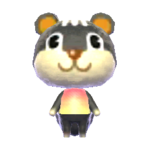 In Animal Crossing: New Horizons – Happy Home Paradise, if Eloise, Olivia, Julia, Willow, Friga, Blanche, Cleo, Vivian, Purrl, and Bree live in the player's town but Blaire does not, then Blaire will be the first client. However, if Blaire also lives there, then the first client will be Tasha. 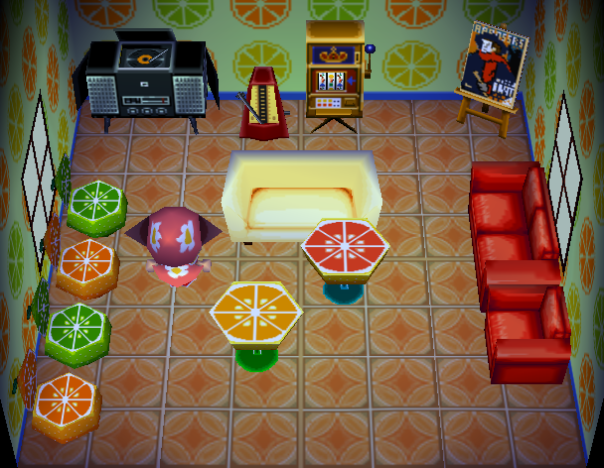 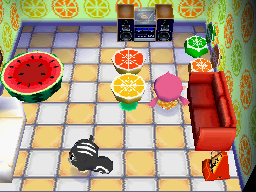 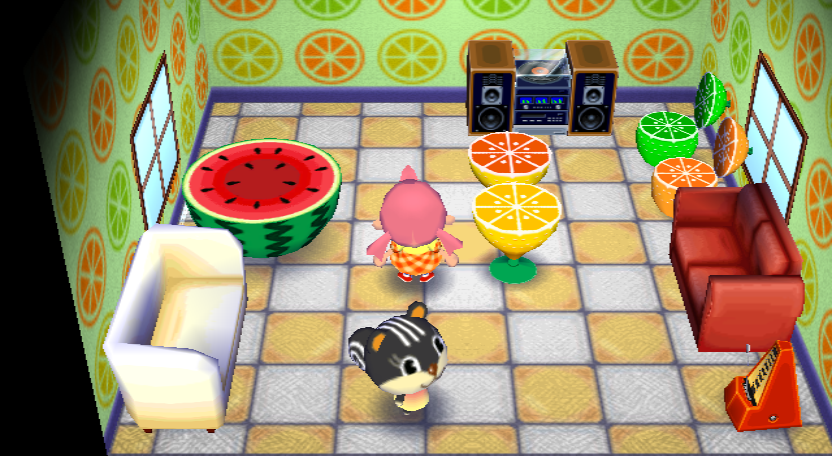 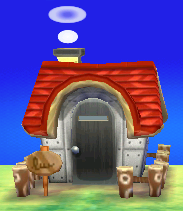 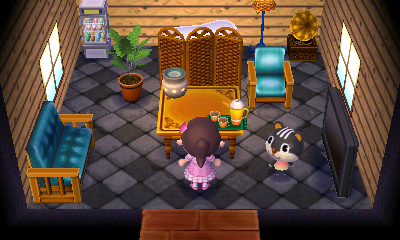 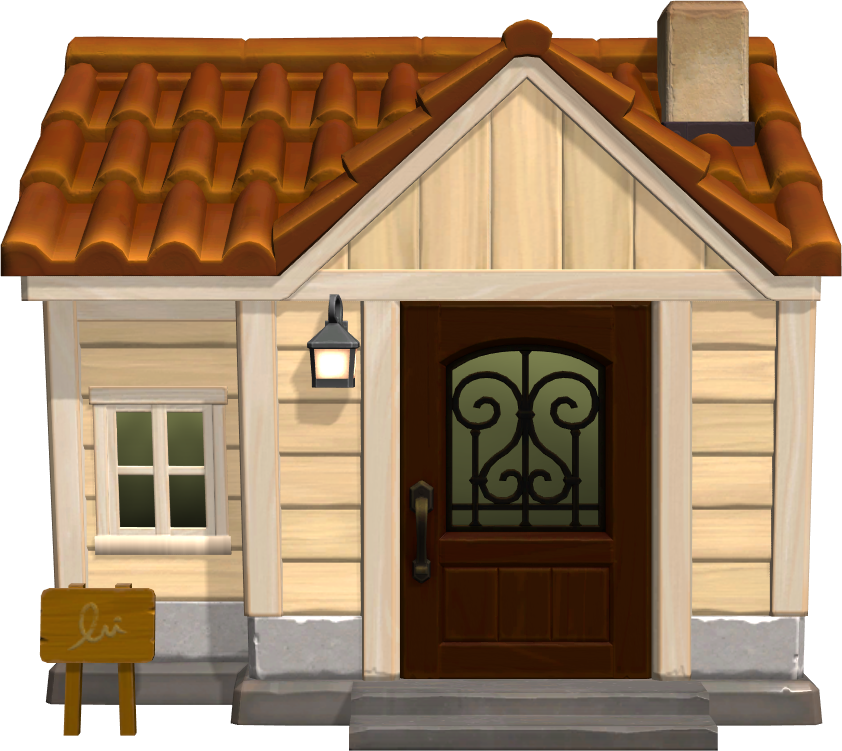 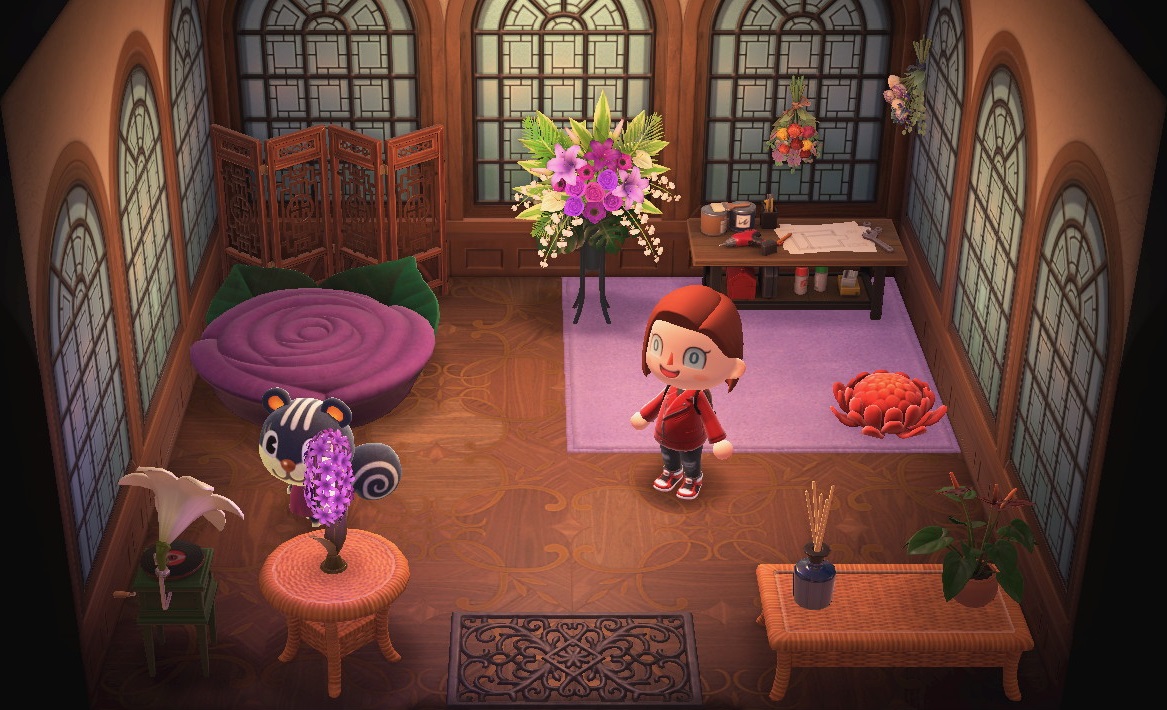 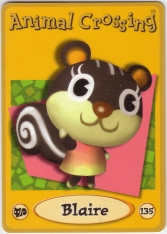 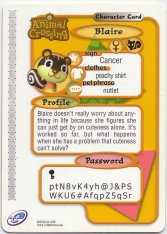 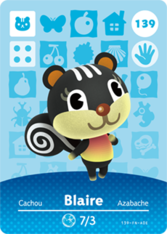