This article is about the kangaroo villager. For the squirrel villager with a similar name, see Kit.

Kitt is a normal kangaroo villager in the Animal Crossing series who appears in all games to date. Her name may come from "pocket," referring to her pouch.

In New Horizons, Kitt has the education hobby and can be seen wearing rimmed glasses, reading a novel while outside, and using a magnifying glass when near certain objects.

Artwork of Kitt from Animal Crossing.

Kitt is a primarily brown kangaroo with a tan-colored face, and a grayish-brown patch around each of her eyes. She has white tipped feet, light gray paws, and a black nose. Her wrists and the underside of her tail are white. The insides of her ears are light blue or lavender.

Kitt has a normal personality. She is shy and caring, and may get upset easily. When she asks the player for favors, she often compliments their speed (even if it actually takes a while). She wakes up at 5 AM like other normal villagers, and will appear inside towards the middle of the day. She will enjoy taking part in the usual hobbies; bug catching, fishing, fossil hunting, and the others. She will also give her picture to the player after talking to her frequently, telling the player they are "the best friend ever." She may mention an unseen friend called Moppina, an imaginary friend which comes from her hygiene and cleanliness concerns. Kitt will get on well with peppy and jock villagers, appearing motherly or sisterly towards them. She may become upset when talking to a cranky villager, due to their cruel nature which makes them appear rude when talking about other villagers. She enjoys talking to the player; if they make her upset, she will bounce back and give them a present.

In Animal Crossing, Kitt cannot be one of the starting villagers in the player's town.

In Animal Crossing: Wild World, Kitt cannot be one of the starting villagers in the player's town.

They say that ugly parents have ugly kids.

In Animal Crossing: City Folk, Kitt cannot be one of the starting villagers in the player's town. 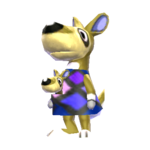 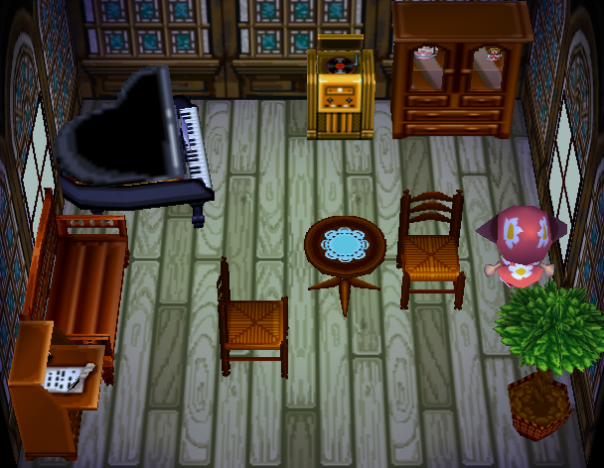 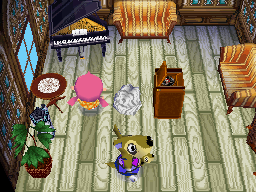 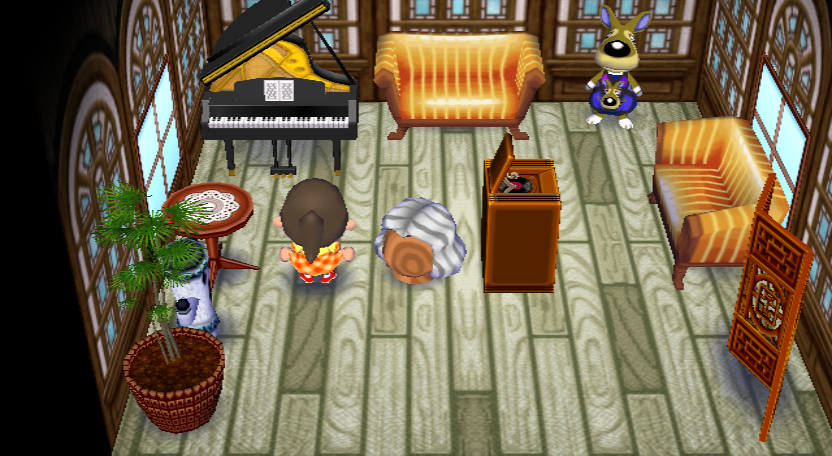 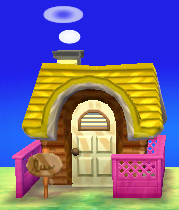 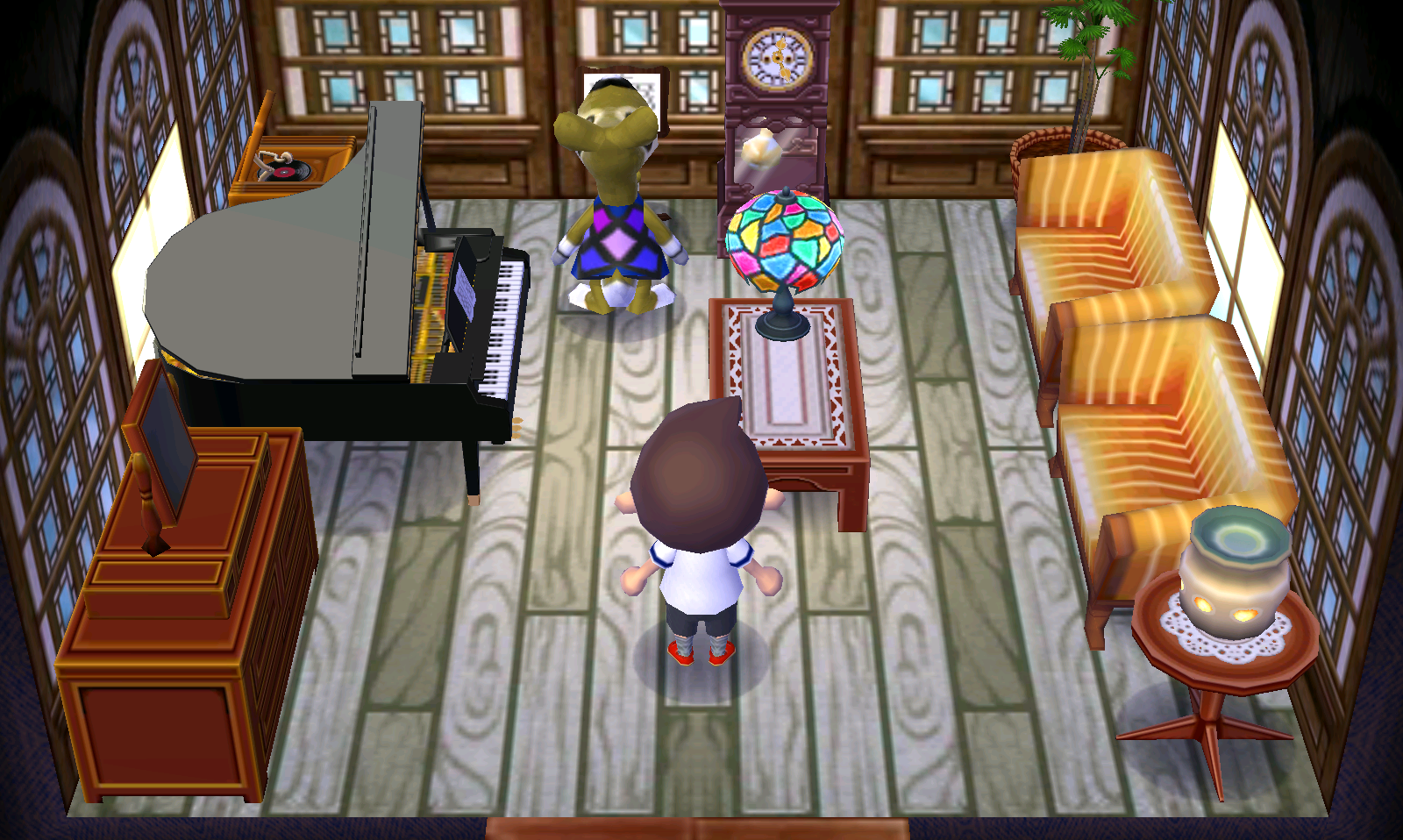 In Animal Crossing: New Horizons, if Kitt is one of the villagers who moved in during the main storyline after the villager house development quest, her house will have a combination of non-craftable furniture, plus items crafted by players during the island development storyline, primarily from the Wooden Series. She cannot have her initial house interior unless she moves out of the player's island or the Happy Home Paradise DLC is purchased, in which either the player or Isabelle can reset the interior. 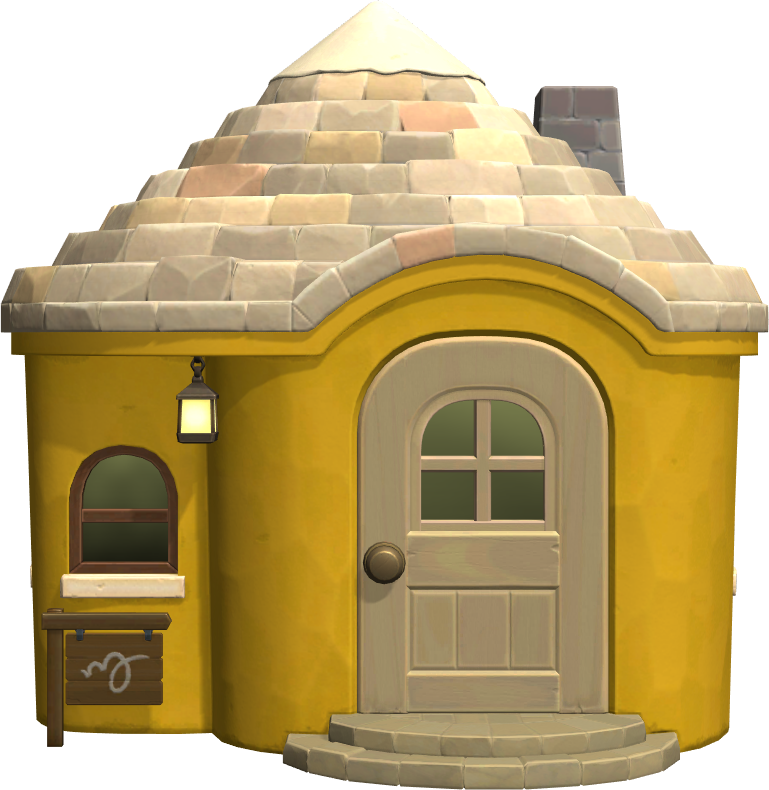 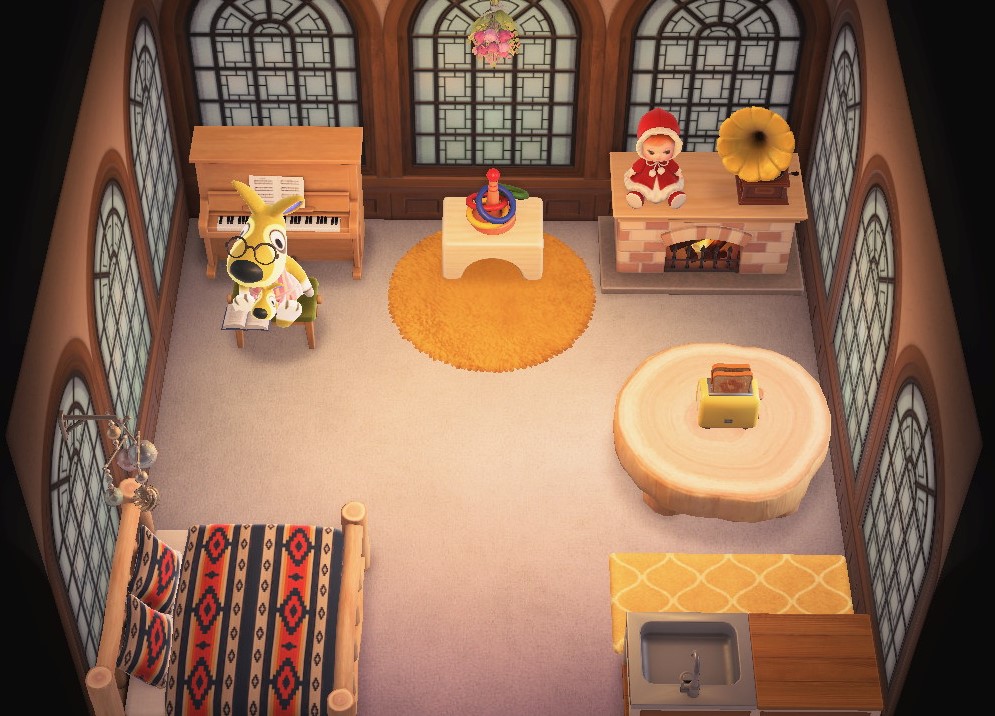 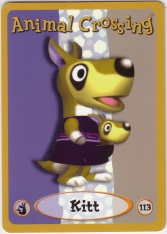 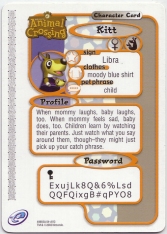 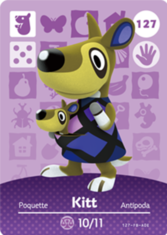