Emerald is a normal frog villager in the Animal Crossing series. She appears in every first-generation Animal Crossing game. Her name likely comes from from the gemstone of the same name, which are generally green, the same color as her skin. Her catchphrase is an onomatopoeia for jumping, a common behavior of frogs.

Emerald in Doubutsu no Mori.

Emerald is a green frog with pink eyelids and a large, closed smile. Her eyes appear half-closed.

Emerald is a normal villager. She is often very kind towards other villagers and even the player. She will always ask questions and loves being out and about. She is mostly seen in the sun with a watering can. Emerald loves flowers. She likes staying in the sun. She is barely in her house, except at night. 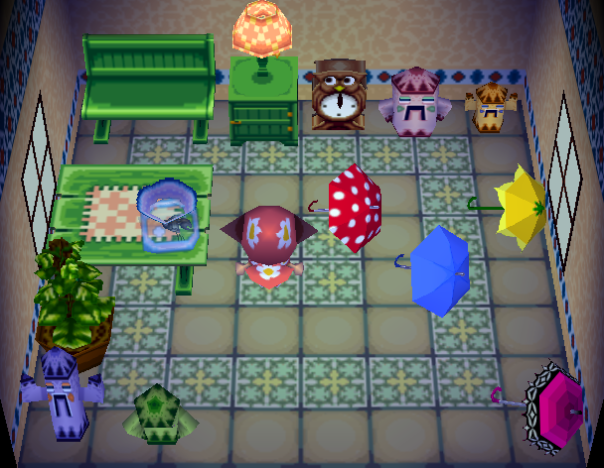 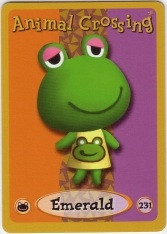 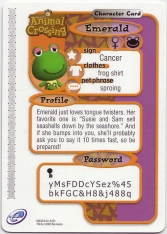