For the villager whose Italian name is Lolly, see Bonbon.

Lolly is a normal cat villager in the Animal Crossing series. She first appeared in Doubutsu no Mori e+ and has appeared in all subsequent games except Animal Crossing: Wild World. Both her name and her catchphrase relate to sweets, lollipops and bonbons respectively.

In New Horizons, Lolly has the music hobby and may sing anywhere without the need of a stereo.

Lolly in Doubutsu no Mori e+.

Lolly is a blue-gray tabby cat with a big round head and no visible nose. She has black ears and black stripes on her arms, tail, and ears, as well as her head sides, back, and top; they were changed to look more dark gray in New Horizons. The inside of her ears are pink and light pink. Her paws are tipped white, and her muzzle is white and circular. She has a "3" shaped mouth, and her eyes resemble the number 6. When she looks up, her eyes resemble the number 9.

Like most normal or "sweet" villagers, Lolly will be very sensitive and kind. She will be easily upset or offended by other villagers, particularly lazy or cranky villagers. She enjoys the usual hobbies, which are fashion, bug catching, fishing, and furniture. As with all other villagers, she will enjoy the player's company at her house where she may tell the player to "ignore the mess", a concern she shares with other normal villagers. She will get along well with other normal villagers and peppy villagers, appearing mother-like in conversation.

In Doubutsu no Mori e+, Lolly can only move to the player's town if her e-Reader card is scanned. 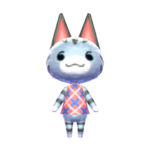 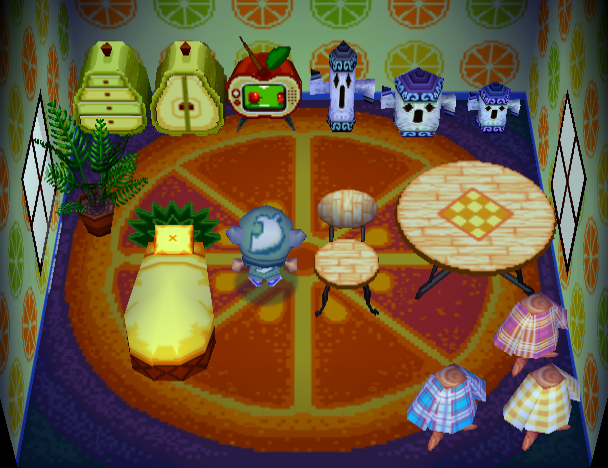 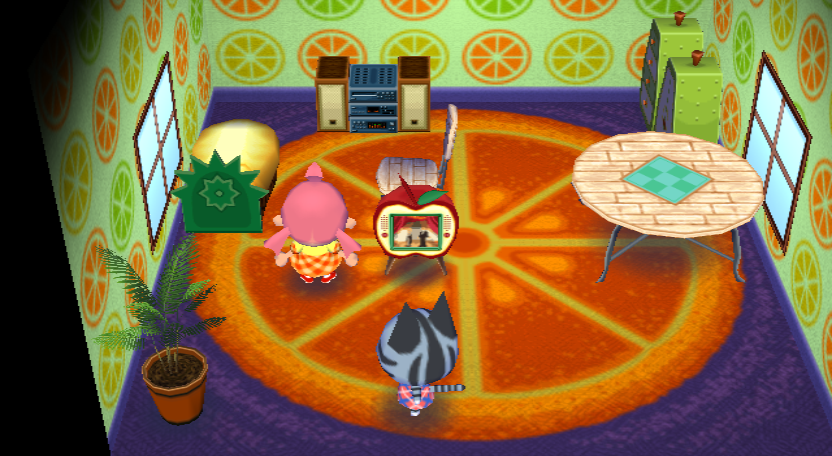 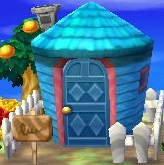 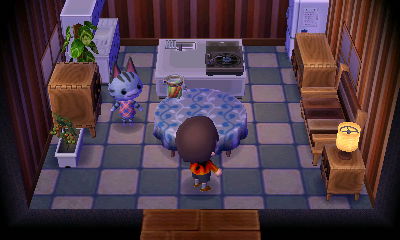 In Animal Crossing: New Horizons, if Lolly is one of the villagers who moved in during the main storyline after the villager house development quest, her house will have a combination of non-craftable furniture, plus items crafted by players during the island development storyline, primarily from the Wooden Series. She cannot have her initial house interior unless she moves out of the player's island or the Happy Home Paradise DLC is purchased, in which either the player or Isabelle can reset the interior. 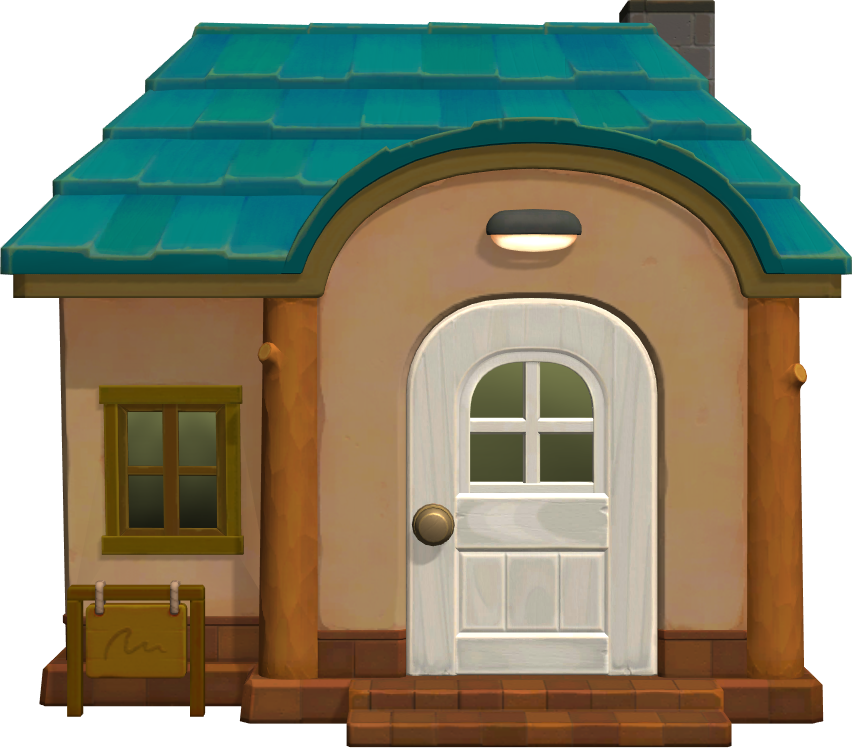 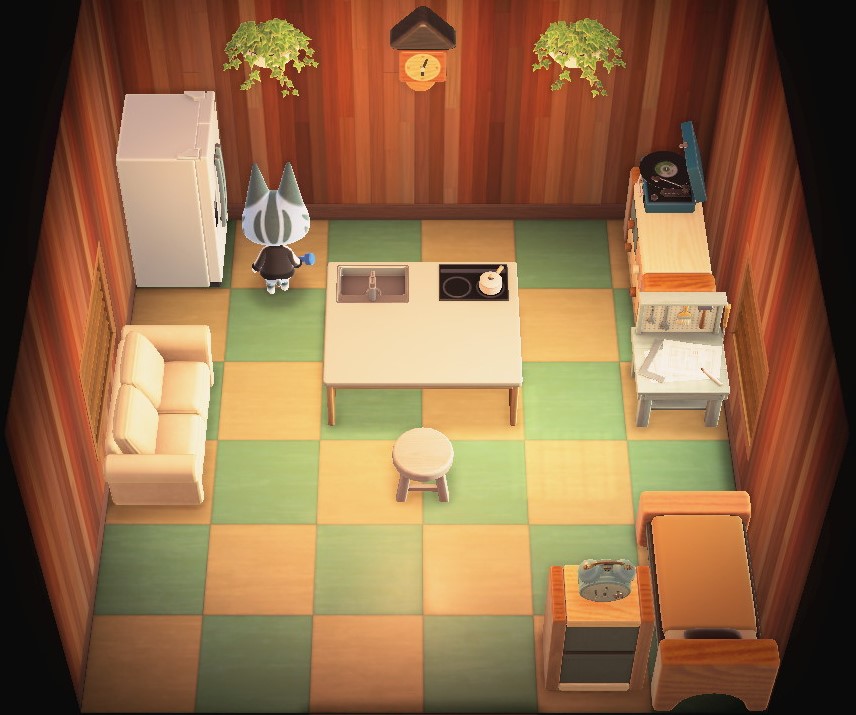 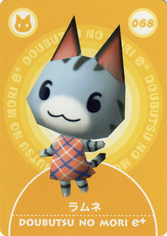 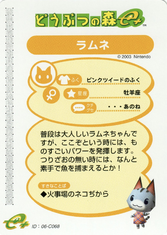 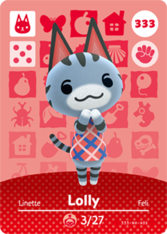