This article is about the villager. For the fruit of the same name, see Fruit.

Peaches is a normal horse villager in the Animal Crossing series who appears in all games to date except Animal Crossing: Wild World. Her name comes from her fur color, which is pink like a peach. Her catchphrase, "neighbor," may be a pun on neigh, which relates to her species.

In New Horizons, Peaches has the education hobby and can be seen wearing rimmed glasses, reading a novel while outside, and using a magnifying glass when near certain objects.

Artwork of Peaches from Animal Crossing.

Peaches is a pink horse with orange cheeks, red hair, and a white stripe on her nose. Her eyes are crosses, like Stitches, but do not appear as such until she blinks. The horizontal lines seem to be eyelashes, and the vertical lines seem to be her actual eyes, giving her a unique appearance.

Peaches has a normal personality. She is shy and caring, and may get upset easily. When she asks the player for favors, she often compliments their speed (even if it actually takes a while). She wakes up at 5 AM like other normal villagers, and will appear inside towards the middle of the day. She will enjoy partaking in the usual hobbies: bug catching, fishing, fossil hunting, etc. She may mention an unseen creature called Moppina, an imaginary friend which comes from her hygiene and cleanliness concerns. Peaches will get on well with peppy and lazy villagers, appearing motherly or sisterly towards them. She may become upset when talking to a cranky villager, due to their cruel nature which makes them appear rude when talking about other villagers. She enjoys talking to the player, and if she is made upset, she will bounce back and give them a present. 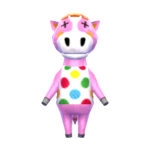 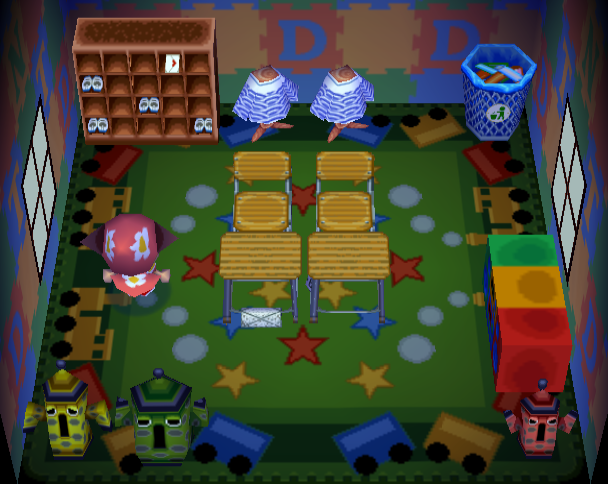 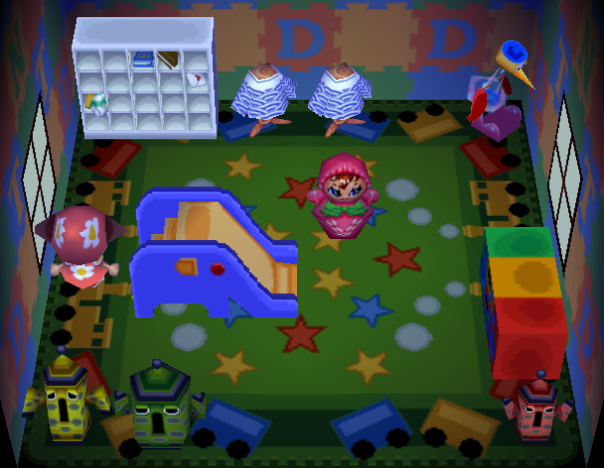 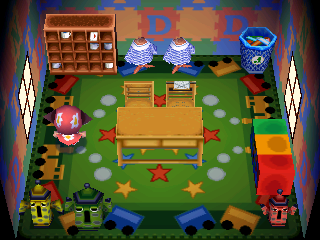 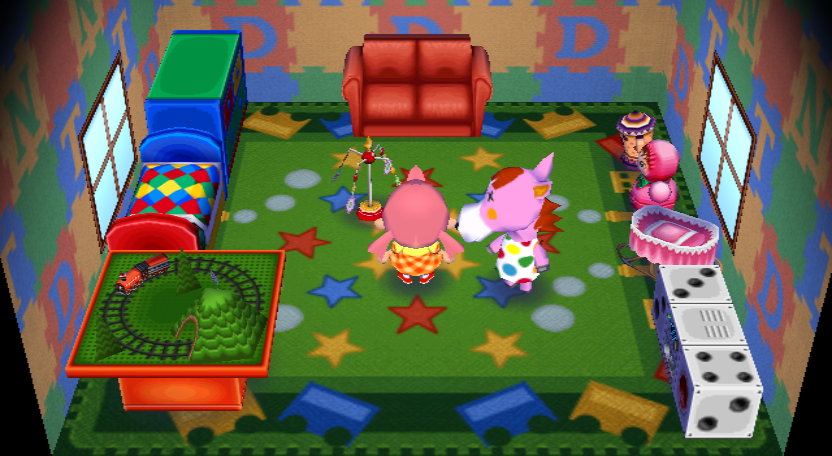 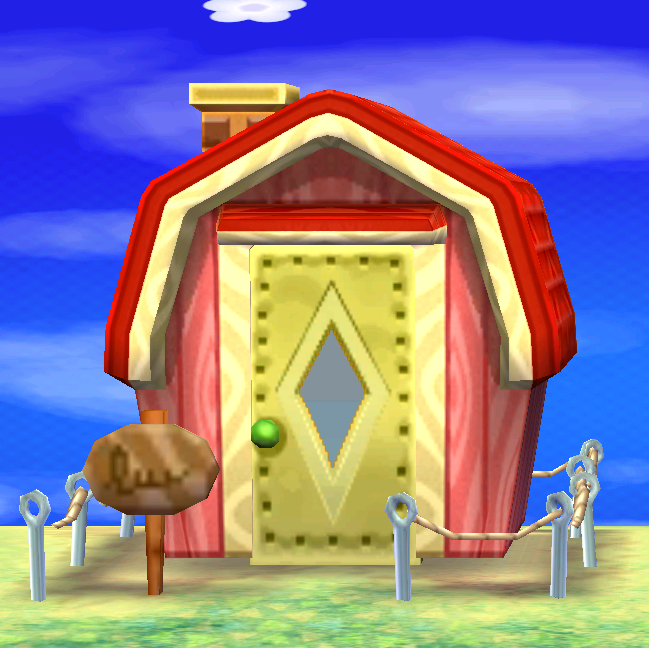 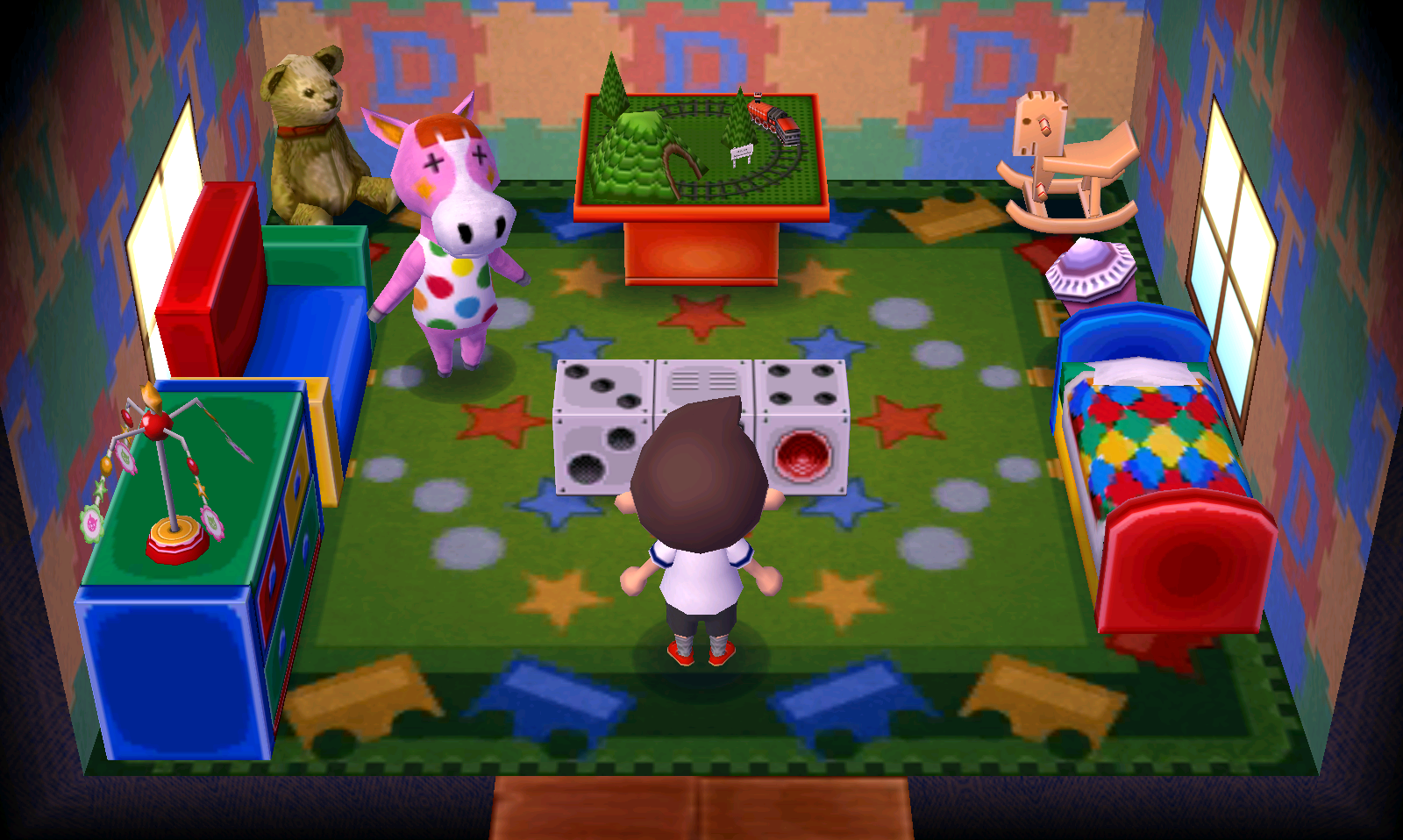 In Animal Crossing: New Horizons, if Peaches is one of the villagers who moved in during the main storyline after the villager house development quest, her house will have a combination of non-craftable furniture, plus items crafted by players during the island development storyline, primarily from the Wooden Series. She cannot have her initial house interior unless she moves out of the player's island or the Happy Home Paradise DLC is purchased, in which either the player or Isabelle can reset the interior. 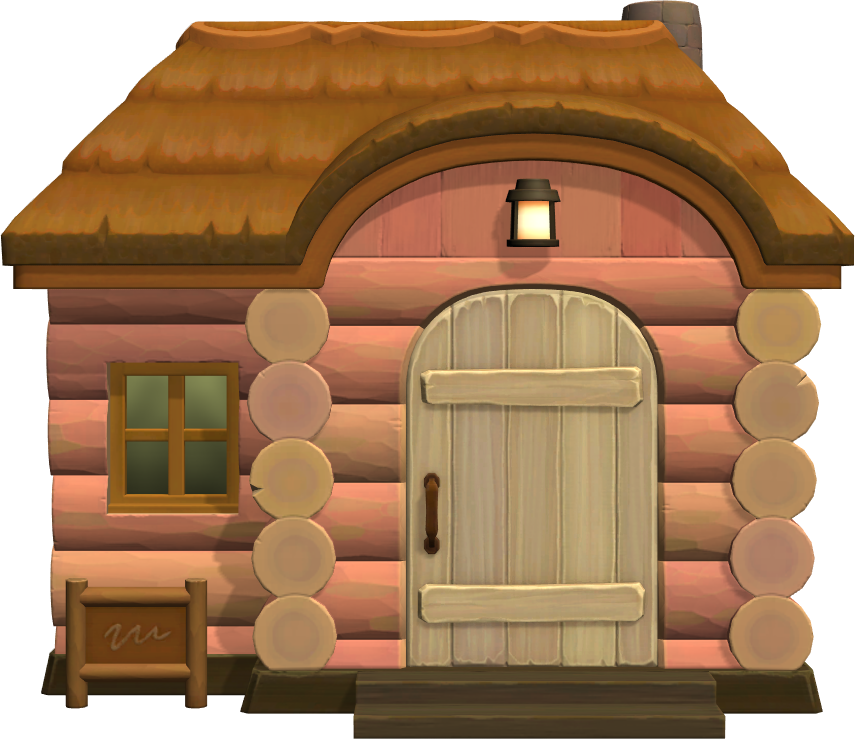 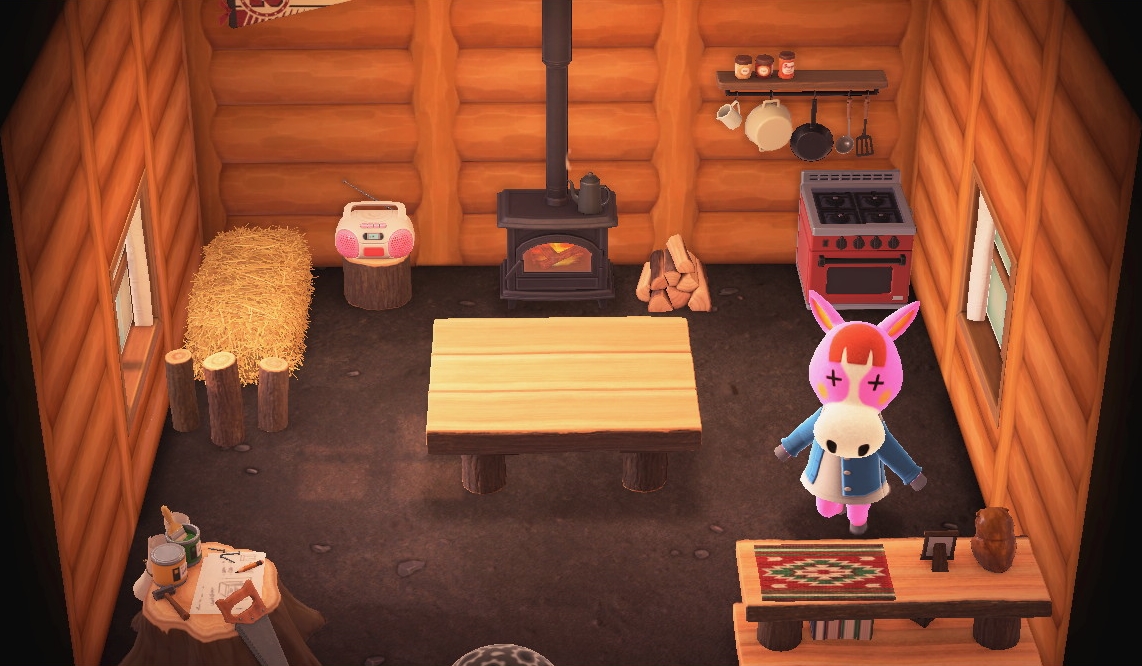 "I'd love to hear all about your travels, neighbor!"
— Introduction from character announcement, Animal Crossing: Pocket Camp 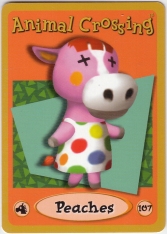 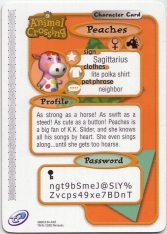 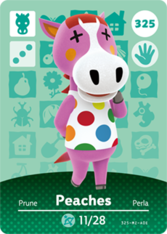