Truffles is a peppy pig villager in the Animal Crossing series who appears in all games to date. Her name may come from the edible fungus of the same name, which is commonly extracted from the ground by pigs.

In New Horizons, Truffles has the fashion hobby and may be seen wearing a pink purse with a white flower on it, as well as a specific headwear or accessory item.

Artwork of Truffles from Animal Crossing.

Truffles is a light pink pig with a dark brown bob. She has small eyes, a constant smile with blush, and large eyebrows.

As a peppy villager, Truffles will always appear to be in a good mood. She will get along with other villagers including the player, making it easy to befriend her and gain her picture in Animal Crossing: Wild World. She will enjoy the usual hobbies, and may ask the player for bugs or fish that she finds cute. She will easily get upset, but due to a short attention span she will forget ever having the conversation. Like all peppy villagers, she dreams of becoming famous in the future and reads Ms. Nintendique, an unseen magazine read by snooty and peppy villagers in Animal Crossing: Wild World. She will get on well with normal, lazy, and other peppy villagers, but may annoy snooty and cranky villagers with her upbeat personality. 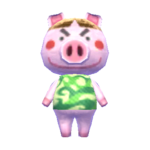 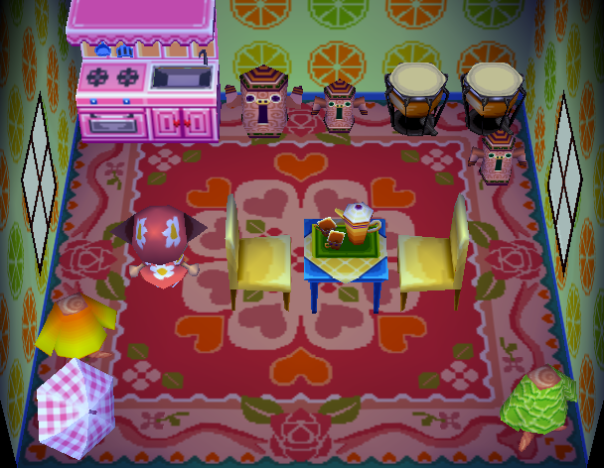 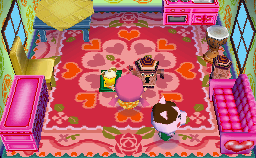 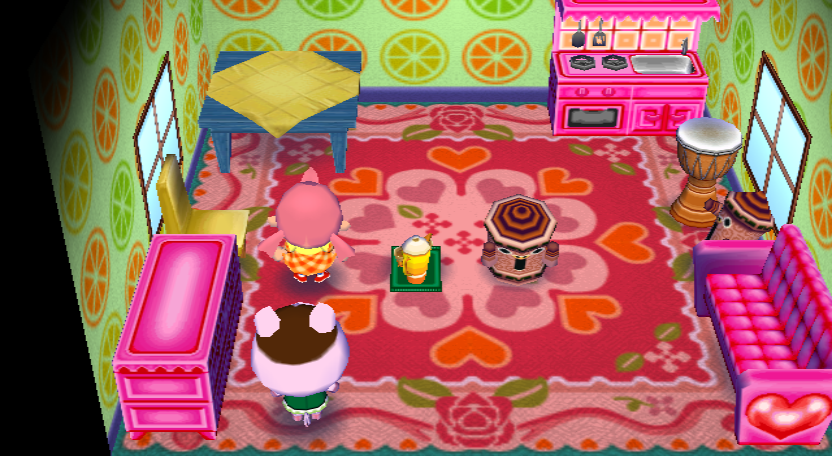 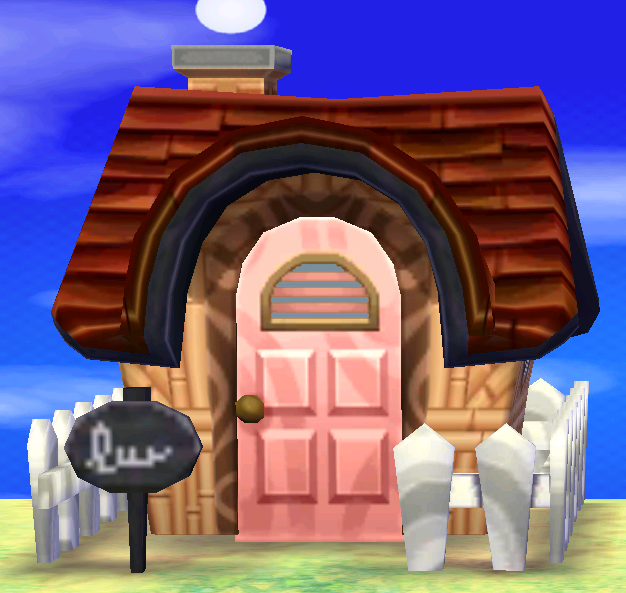 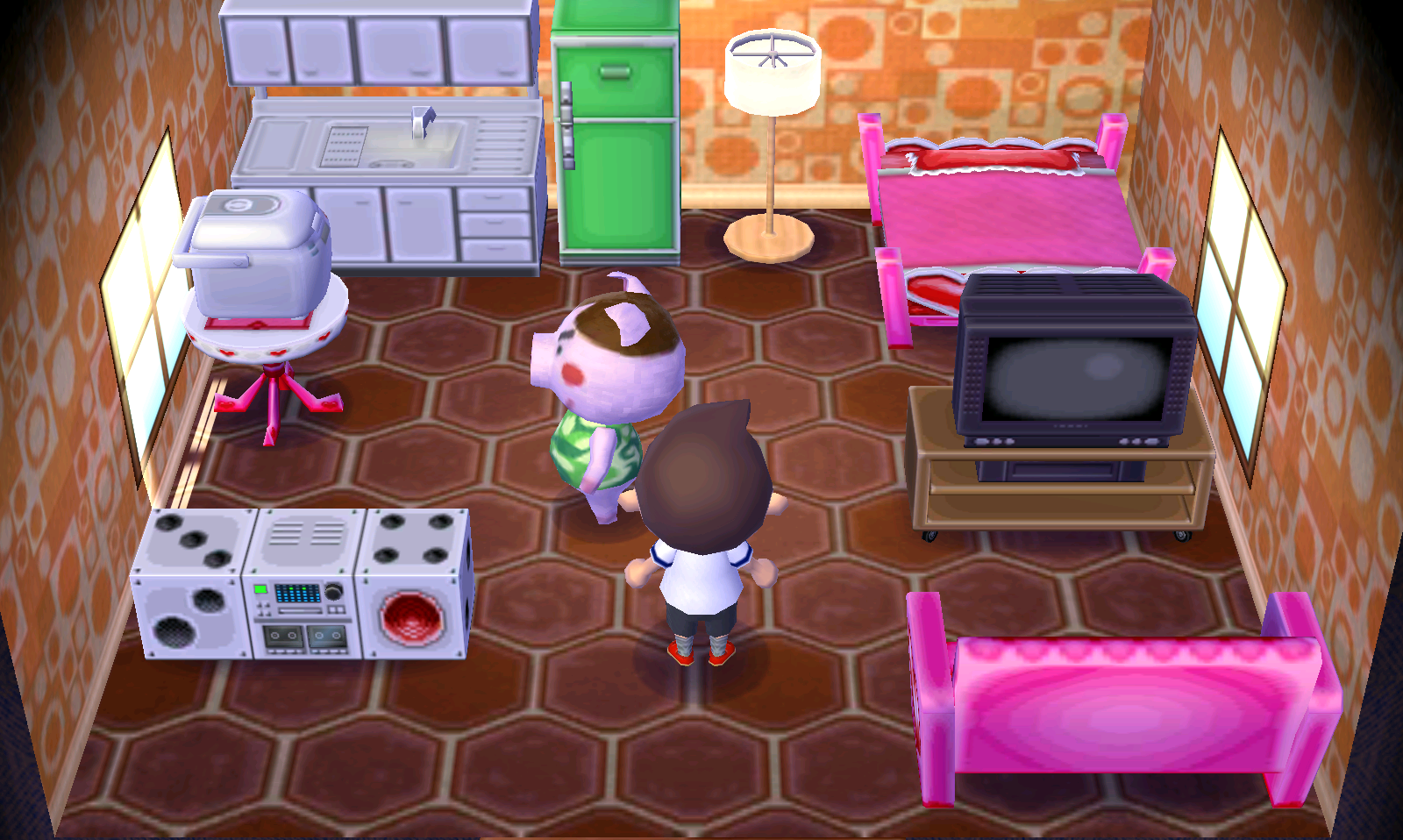 In Animal Crossing: New Horizons, if Truffles is one of the villagers who moved in during the main storyline after the villager house development quest, her house will have a combination of non-craftable furniture, plus items crafted by players during the island development storyline, primarily from the Wooden Block Series. She cannot have her initial house interior unless she moves out of the player's island or the Happy Home Paradise DLC is purchased, in which either the player or Isabelle can reset the interior. 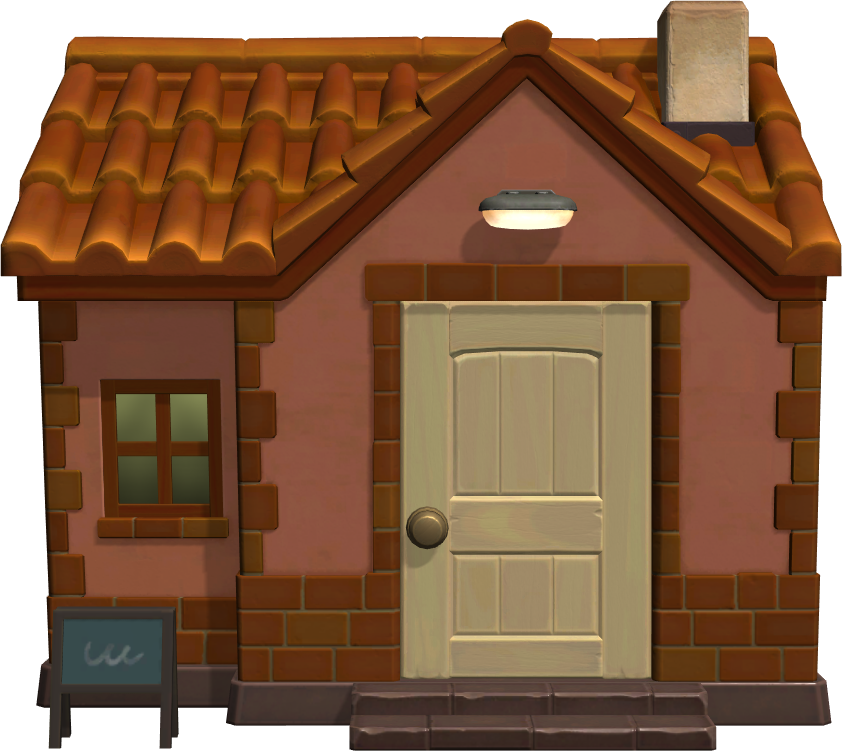 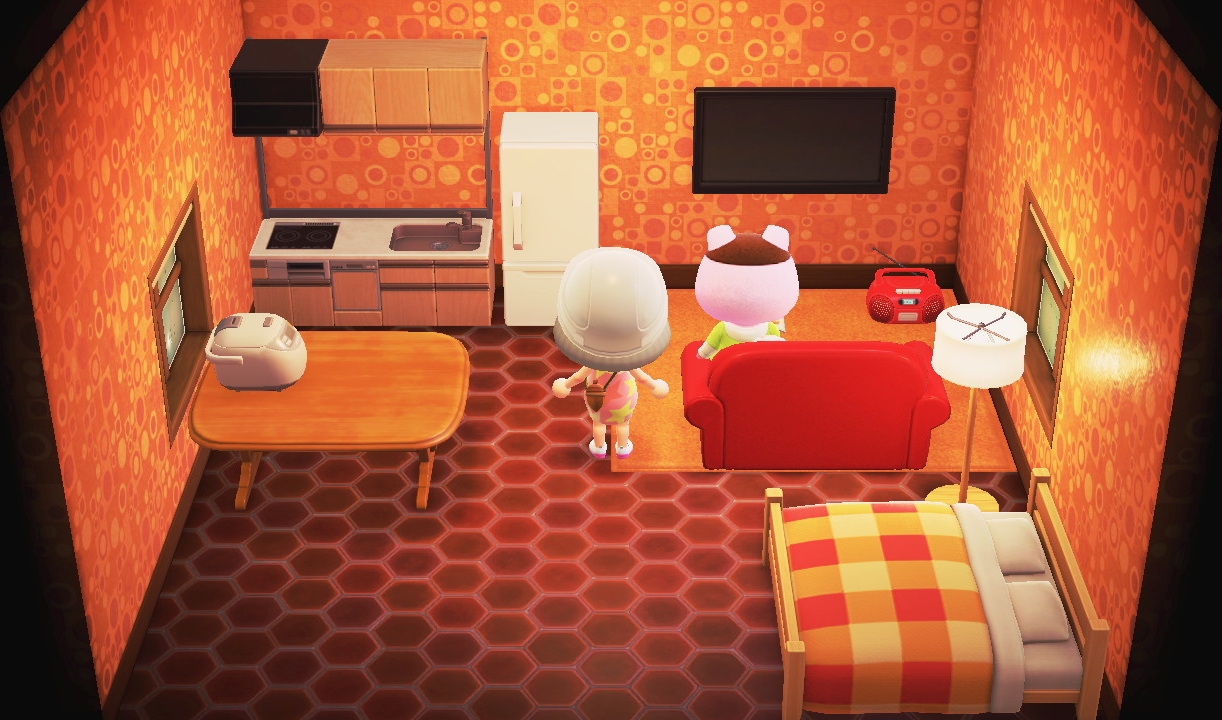 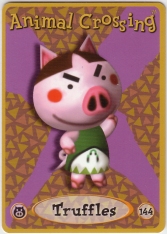 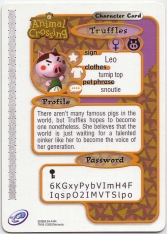 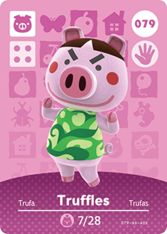