Bitty is a snooty hippo villager in the Animal Crossing series. She first appeared in Doubutsu no Mori, and after her appearance in Doubutsu no Mori e+, she remained absent from the series until Animal Crossing: New Leaf - Welcome amiibo, returning with several other hippos previously added in New Leaf. She is the only snooty hippo in the series. Her name may come from "itty-bitty" which is ironic since her species has a large size.

In New Horizons, Bitty has the education hobby and can be seen wearing rimmed glasses, reading a novel while outside, and using a magnifying glass when near certain objects.

Artwork of Bitty from Animal Crossing.

Bitty is a pink hippo with white hooves and half-closed eyes with purple eyeshadow. She has a small, red tuft of hair on the top of her head.

In Animal Crossing: New Leaf - Welcome amiibo, Bitty can only move to the player's town if her amiibo card is scanned, or if she is invited to move in from another player's town.

Necessity is the mother of invention. 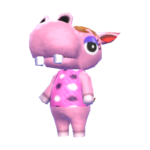 Necessity is the mother of all invention. 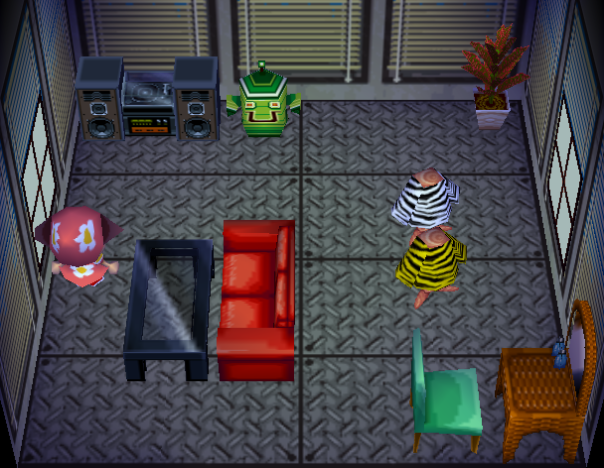 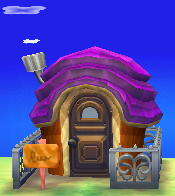 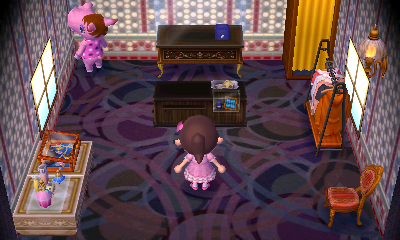 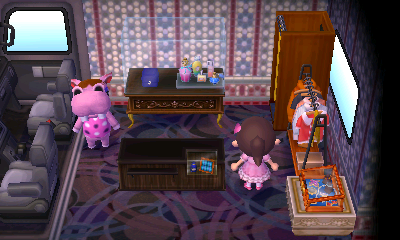 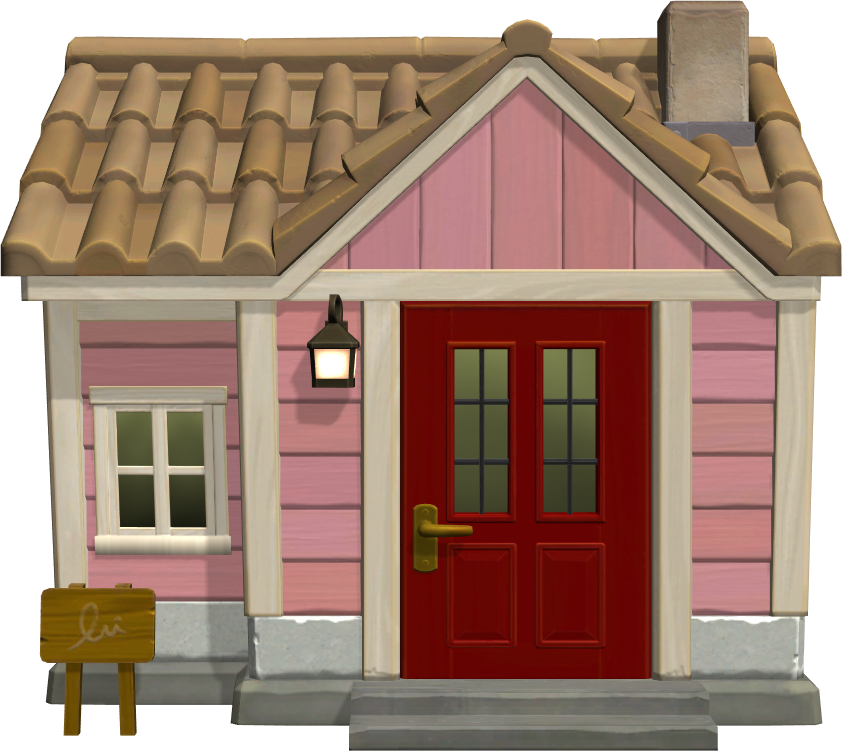 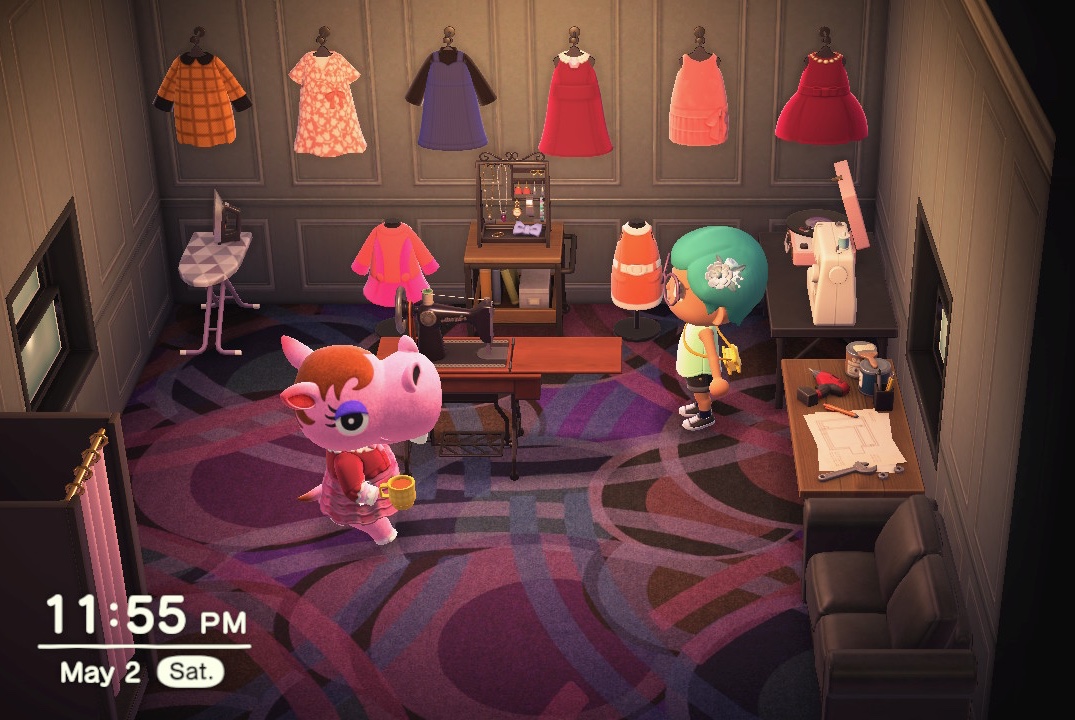 Bitty is one of the 40 villagers in Animal Crossing: Pocket Camp who have been in the game since its release. She was the only hippo villager in the game until the addition of Rocco on September 22, 2018.

Necessity is the mother of all invention. 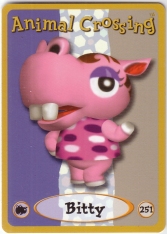 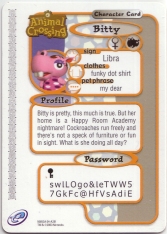