Velma is a snooty goat villager in the Animal Crossing series. She first appeared in Doubutsu no Mori, and after her appearance in Doubutsu no Mori e+, she remained absent from the series until Animal Crossing: New Leaf. She is the only snooty goat in the series. Her English name is based on her resemblance to the Scooby-Doo cartoon character named Velma Dinkley. Her catchphrase, "blih," is from the noise goats make.

In New Horizons, Velma has the education hobby and can be seen wearing rimmed glasses, reading a novel while outside, and using a magnifying glass when near certain objects.

Velma is a pink goat with dark pink freckles, white hooves, and glasses. Her glasses are slightly cat-eyed, and have light blue in the middle to give the glass effect. Her ears stick out abnormally, and are placed almost just under her pointy yellow horns with white tips, which point backward. She has brown, choppy hair and a small beard at the tip of her chin, making her the only female goat with facial hair. 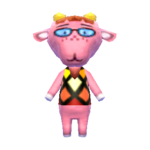 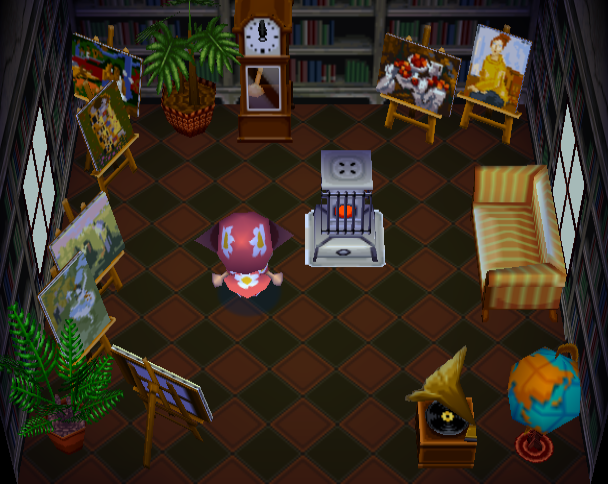 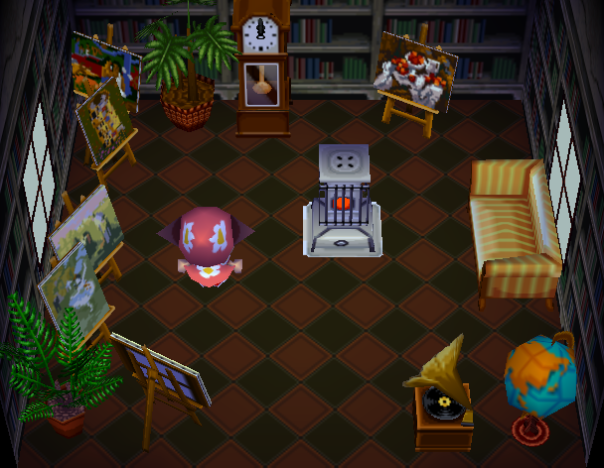 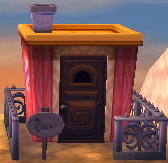 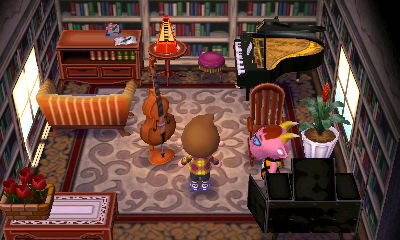 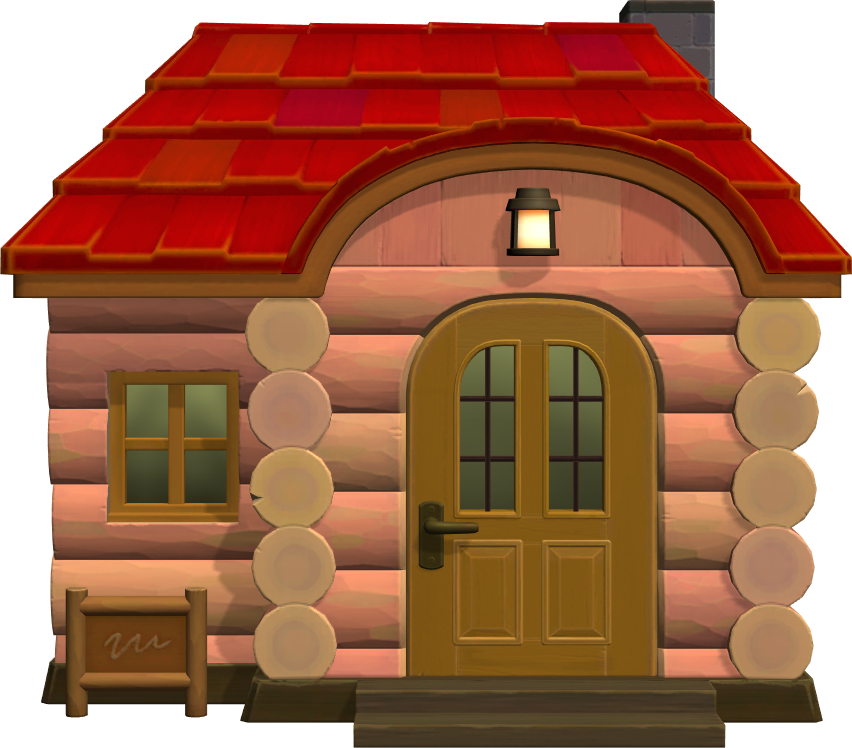 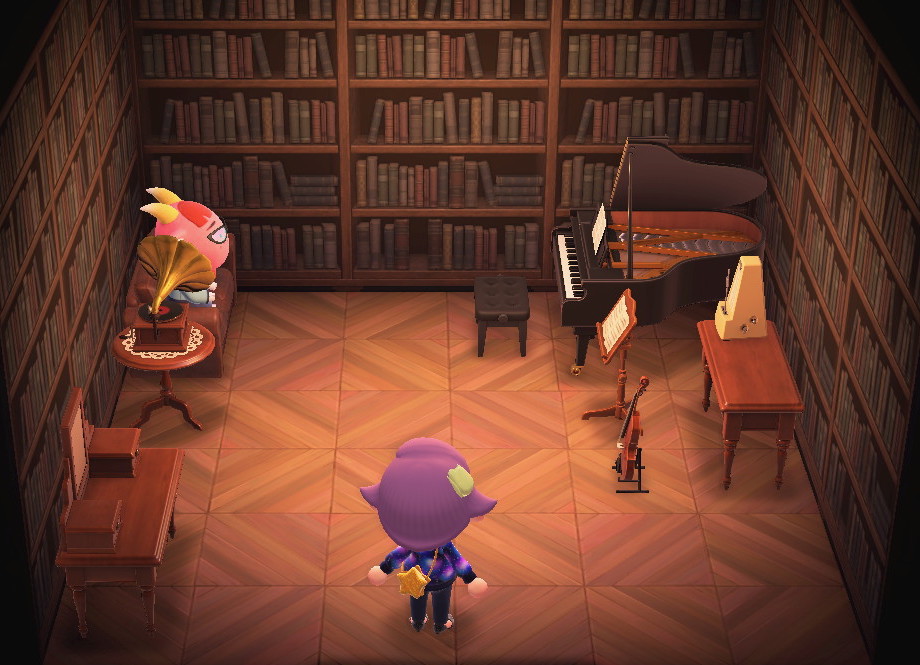 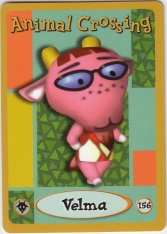 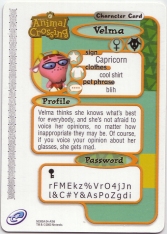 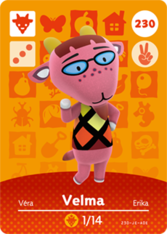