This article is about the villager. For the natural phenomenon, see Weather § Aurora.

Aurora is a normal penguin villager in the Animal Crossing series who appears in all games to date. She is the only normal penguin in the series. She may be named after an aurora, a natural phenomenon which can be seen in high latitude regions of the Earth's sky, including the South Pole where most species of penguin live. While her Pocket Camp description suggests that her catchphrase comes from pronouncing "baby" while stuttering, given the fact that penguins are often associated with arctic climates, the pronunciation may suggest she is shivering instead.

In New Horizons, Aurora has the education hobby and can be seen wearing rimmed glasses, reading a novel while outside, and using a magnifying glass when near certain objects.

Artwork of Aurora from Animal Crossing.

Aurora is a typical penguin with black eye sockets, and when she blinks, her eyelids are pale-pink. While in shock, however, her eyes turn red. She has a large, white belly, black feet, and a black stripe going down the front of her face. Specifically speaking, she resembles a pre-mature emperor penguin.

As a normal villager, Aurora will appear friendly and hospitable towards the player and other villagers. Like other normal villagers, she will have an unseen obsession with hygiene and cleanliness, which she mentions when the player visits her in her home. Other than her hygiene interests, she will appear neutral and open-minded when discussing hobbies. She will get along easily with other villagers, but may conflict with lazy villagers when they talk about food and leading her on to suggesting making them dinner or lunch. 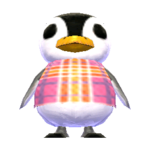 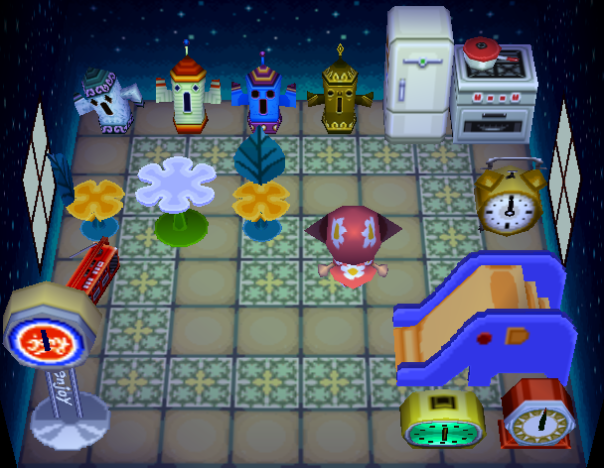 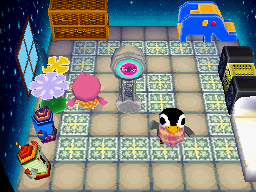 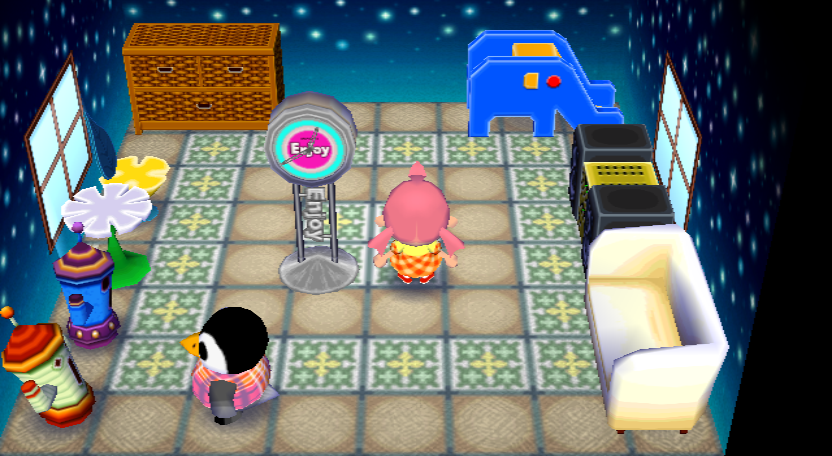 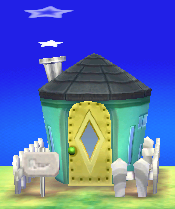 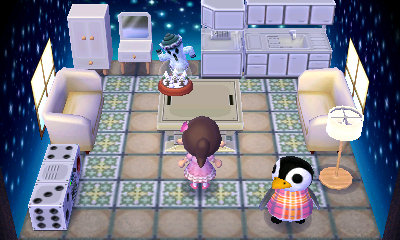 In Animal Crossing: New Horizons, if Aurora is one of the villagers who moved in during the main storyline after the villager house development quest, her house will have a combination of non-craftable furniture, plus items crafted by players during the island development storyline, primarily from the Wooden Series. She cannot have her initial house interior unless she moves out of the player's island or the Happy Home Paradise DLC is purchased, in which either the player or Isabelle can reset the interior. 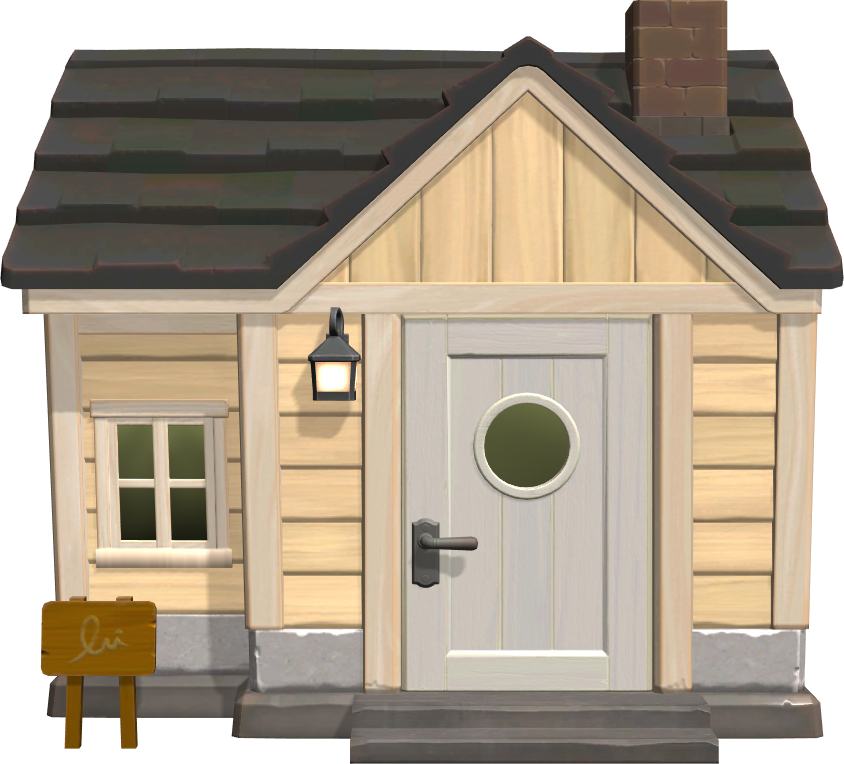 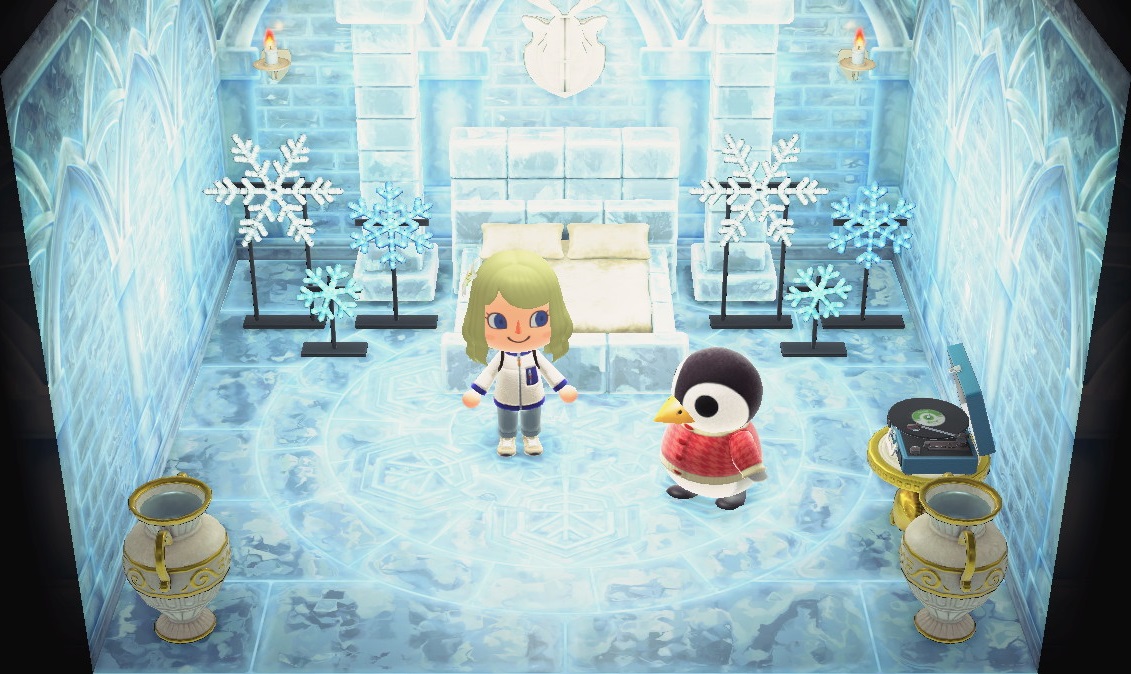 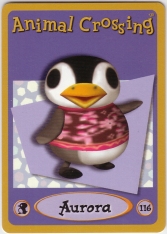 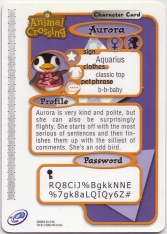 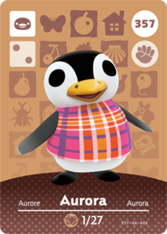