Gwen is a snooty penguin villager in the Animal Crossing series who appears in all games to date except Animal Crossing: Pocket Camp. Gwen's name is a play on "penguin," her species. Her Japanese name, Pōra (ポーラ), is the way both "Paula" and "polar" are pronounced in Japanese, referencing the cold climates associated with penguins.

In New Horizons, Gwen has the fashion hobby and may be seen wearing a pink purse with a white flower on it, as well as a specific headwear or accessory item.

Artwork of Gwen from Animal Crossing.

Gwen is a white and dark purple penguin. She has dark purple hair and black eyes, with light violet mascara. In Doubutsu no Mori, Gwen's mascara is purple, and her eyes are slightly farther apart. Her beak and feet are yellow-orange.

Below is a brief description of the snooty personality. For more information, click here. Gwen is a snooty villager. She can be extremely friendly once she has befriended the player, but will be rude at first. This eventually changes - she will become more hospitable, though, of course, she will still come out with some snooty remarks and cheeky comments, for that is her personality and she just cannot help it. Gwen loves writing to the player and having a chat round the town, if they do become close to her she will happily give the player her photo. 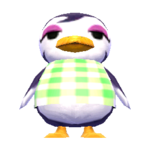 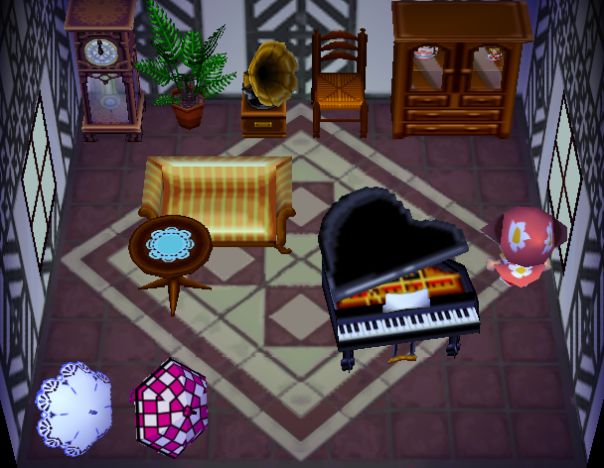 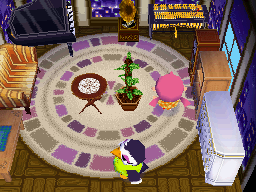 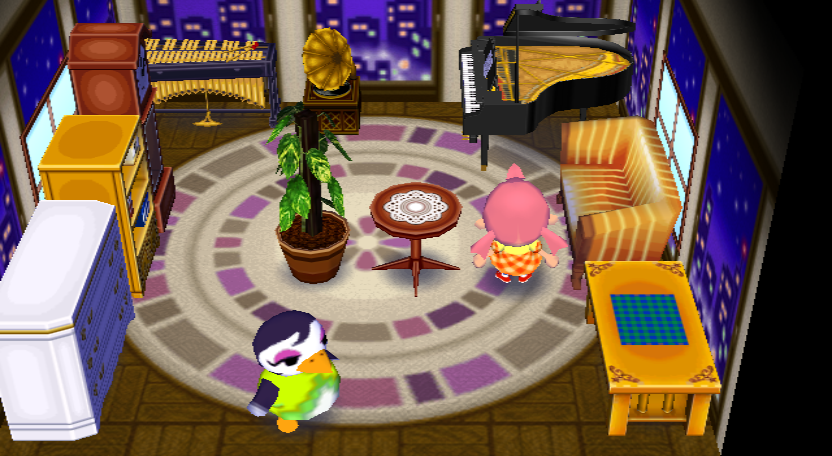 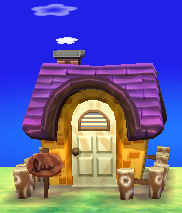 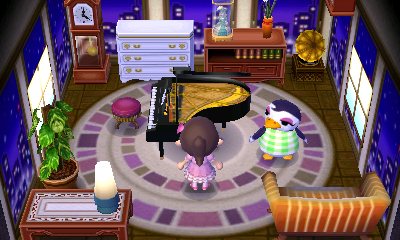 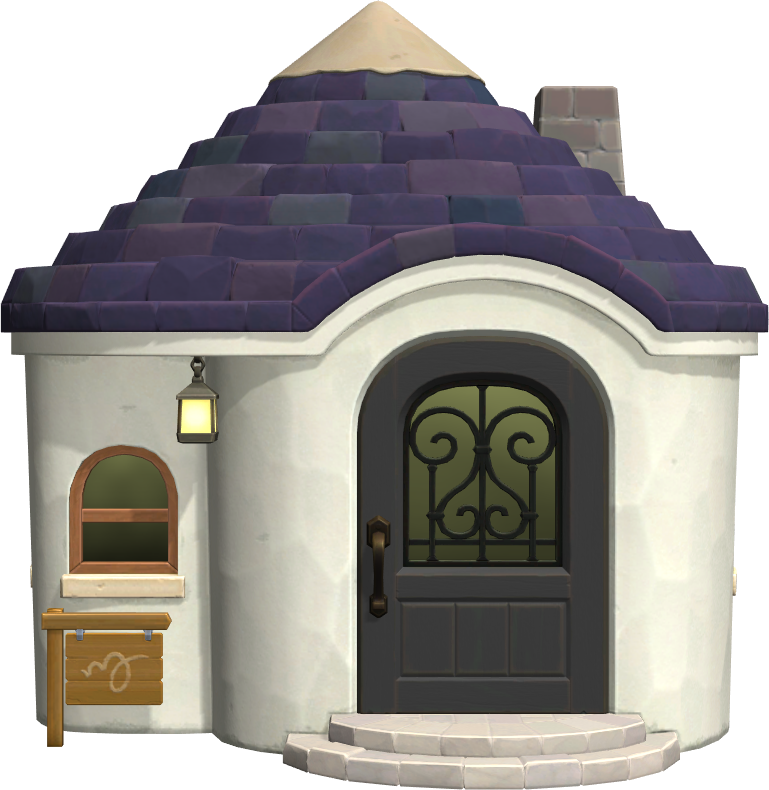 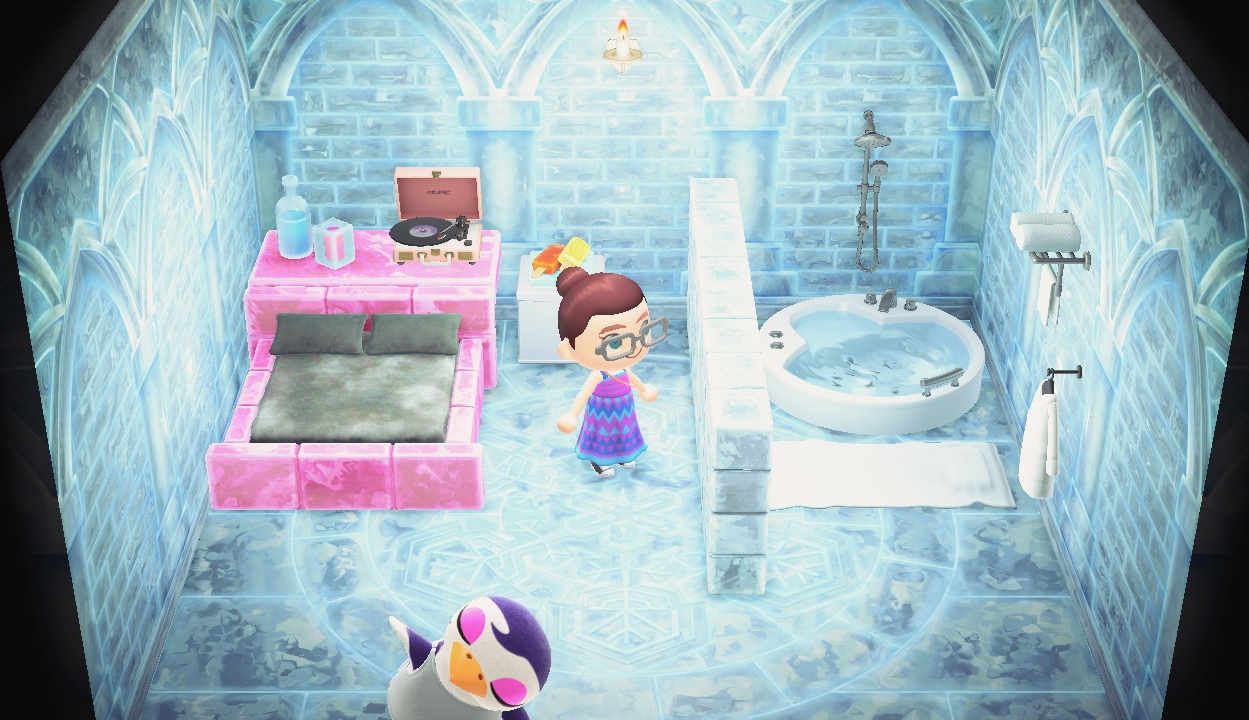 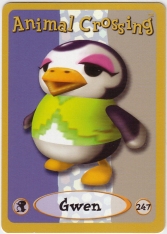 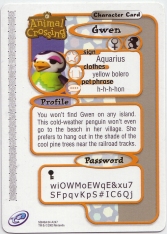 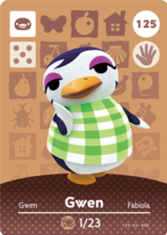