For the villager whose German name is Claudia, see Cheri.

In New Horizons, Claudia has the music hobby and may sing anywhere without the need of a stereo.

Artwork of Claudia from New Leaf.

Claudia is a pink tiger with blue eyeshadow and blue markings across her face and body.

Claudia has a snooty personality, meaning she will appear snobbish and rude. As a snooty villager, Claudia will pay close attention to her physical appearance. she will not get along with lazy villagers, due to them not caring about appearance, nor jock villagers for criticizing her lack of fitness. She will get along with cranky villagers, do to having similar personalities. She goes to sleep at 2:00 AM, and wakes up at 9:30 AM. 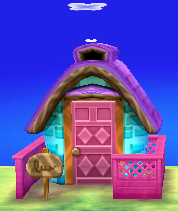 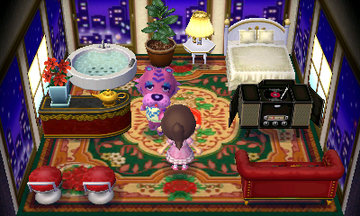 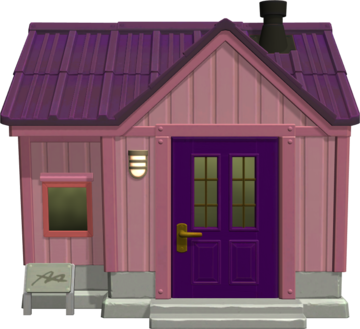 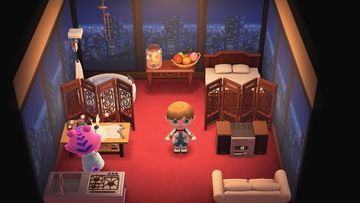 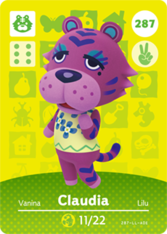