For the villager whose Japanese, Korean, and Chinese name is Jane, see Monique.

Jane in Doubutsu no Mori.

In the Japanese-only games, Jane is a brown-skinned gorilla with white fur. She has a spot on the back of her head, with the same color of her fur. This appearance is likely based on the Japanese fashion trend ganguro, with dark skin, bleached hair, and bright clothing.

Artwork of Jane from Animal Crossing.

In Animal Crossing, Jane is redesigned into a purple-skinned gorilla with dark purple fur, pink lipstick, and blue eyeshadow.

As a snooty villager, Jane will appear uptown, classy, and chic. With this, however, she will appear rude, belittling, and snobbish when talking to the player or other villagers in the town, usually criticizing their dress sense or fashion. When talking to the player enough times, she will befriend them but still remain subtly rude. As with all snooty villagers, she has an interest in clothes over other hobbies. She will have problems socializing with other villagers, usually lazy villagers by disagreeing with their choice of lifestyle or getting offended by a jock villager, who has questioned her physical fitness. 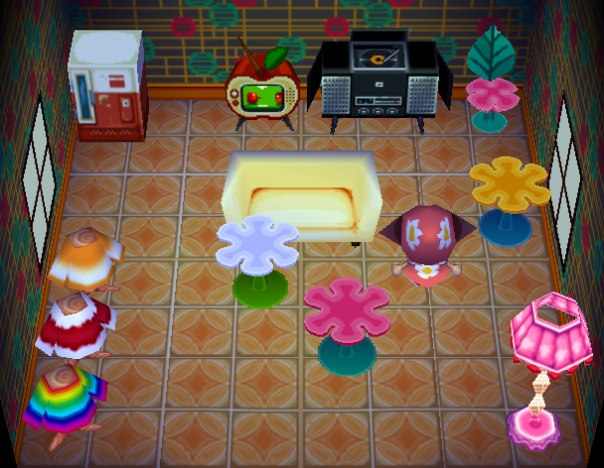 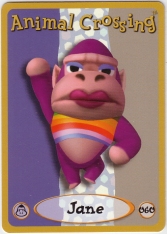 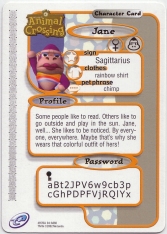