In New Horizons, Cashmere has the fashion hobby and may be seen wearing a pink purse with a white flower on it, as well as a specific headwear or accessory item.

Artwork of Cashmere from Animal Crossing.

Cashmere is a moss green sheep with light powder blue wool. Her face has dark green freckles, as well as having orange and brown striped horns, with white hooves. Her mouth has a cleft shape to it, and also wears pink eyeshadow.

As a snooty villager, Cashmere will initially appear rude and arrogant towards the player, often talking about herself and her own experiences, but will be nice and pleasurable if the conversation is mature and non-insulting. She may also talk about the style and appearance of other villagers, usually other female villagers such as normal, peppy, big sister, and other snooty villagers. She will soon warm up to the player, confiding in them about her own personal feelings but still keeping subtly rude. She will find it hard to get along with other villagers, specifically jock and lazy villagers who have conflicting lifestyles compared to her own. She may get on with cranky villagers, who also enjoy gossiping about the appearance and lifestyles of others.

In Animal Crossing: New Leaf - Welcome amiibo, Cashmere can only move to the player's town if her amiibo card is scanned, or if she is invited to move in from another player's town. 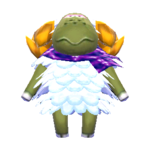 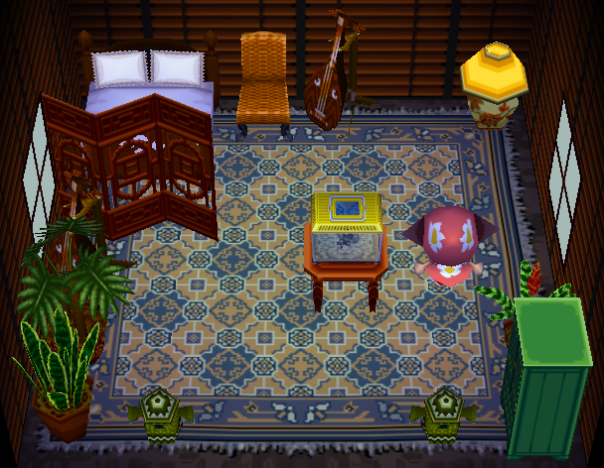 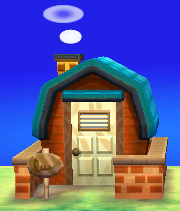 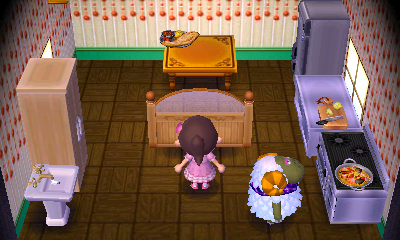 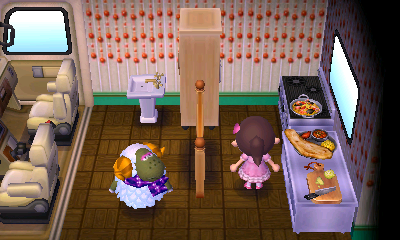 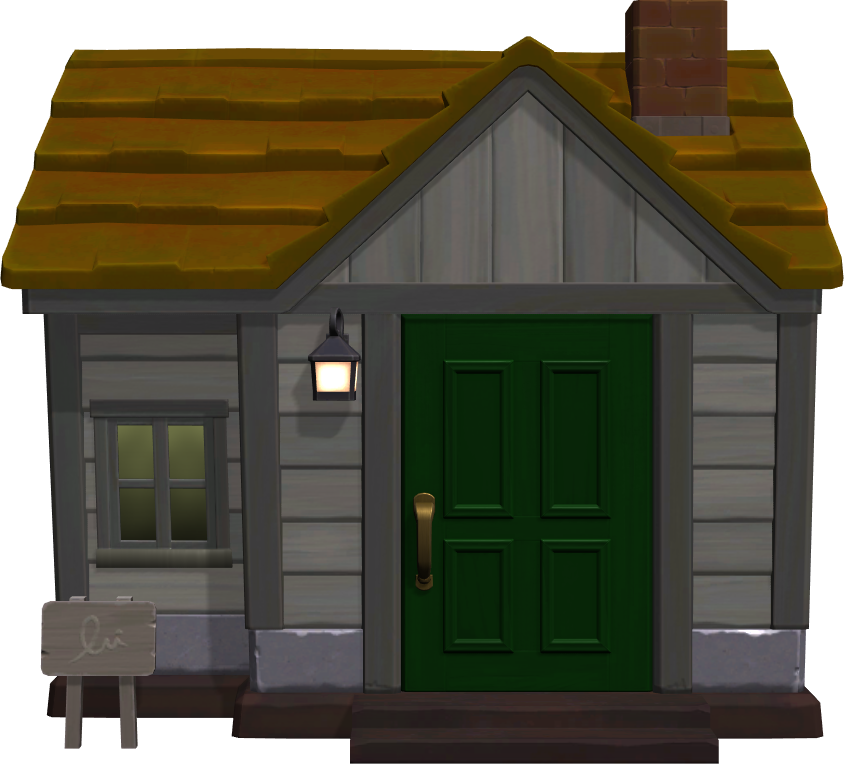 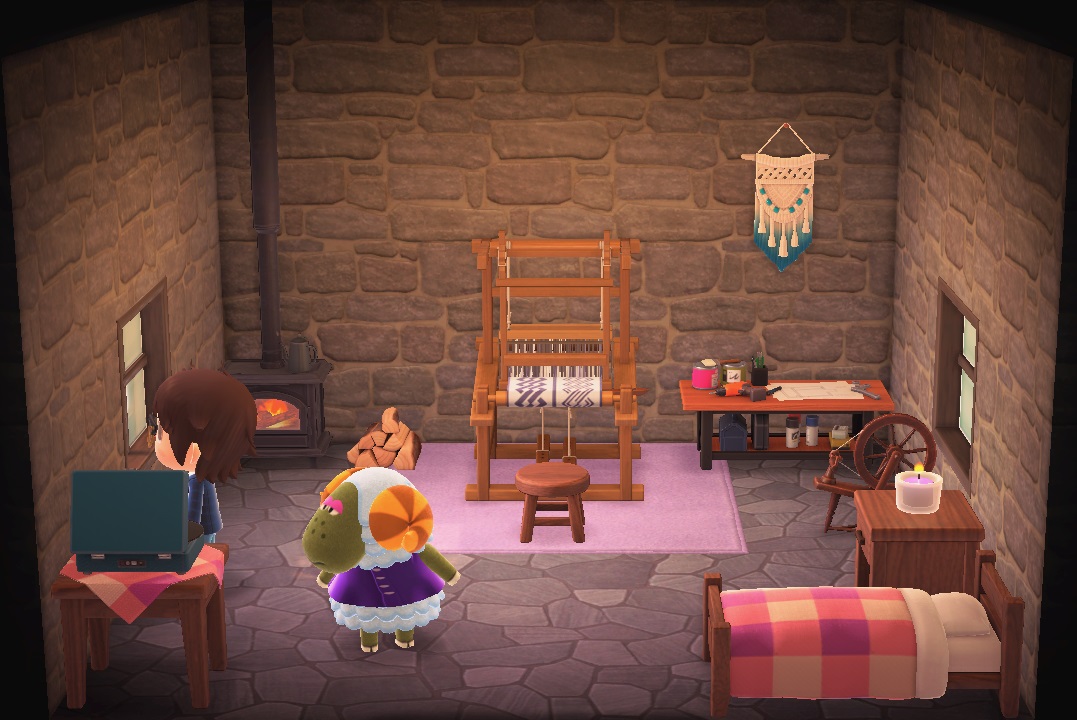 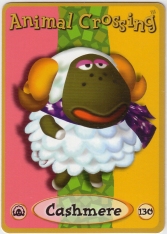 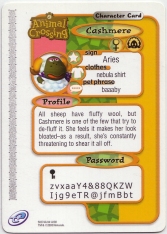