Madam Rosa (マダムローザ, Madamurōza?) is a snooty bird islander in Doubutsu no Mori e+. She can only move to Animal Island if her e-Reader card is scanned.

Madam Rosa is a purple bird with a yellow beak. She wears purple eyeshadow and has purple cheeks.

Madam Rosa is a snooty islander, so she will be rude to the player. Madam Rosa will enjoy gossiping and make-up and shopping. She will befriend the player the better they get to know her, but she will still act snobbish.

As an islander, Madam Rosa's house in Doubutsu no Mori e+ will begin with only one furniture item, along with the exotic wall and bamboo flooring. She will request specific items for the player to give to her, which she will place in her house. After she places two items in her house, she will upgrade her wallpaper, and after she places five items, she will upgrade her flooring. Ankha requests for the same items as Madam Rosa, although her house has different wallpaper and flooring. 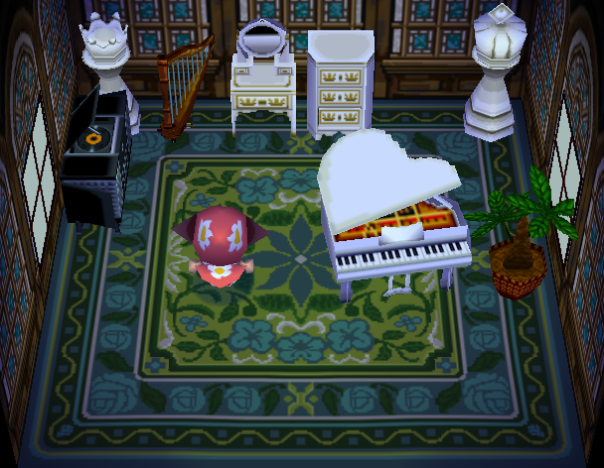 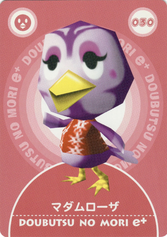 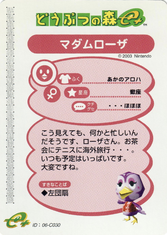