This article is about the bird villager. For the duck villager with a similar name, see Joey.

Joe (ジョー, Jō?) is a cranky bird villager in Doubutsu no Mori e+. He can only move to the player's town if his e-Reader card is scanned.

Joe is a purple bird with a yellow beak and yellow feet. He has a pink streak trailing down beneath each eye.

Joe has a cranky personality, meaning that he will appear rude to the player at first. He will be hard to befriend and when the player becomes friends with him he will still appear slightly rude. Joe may not get on well with other villagers, such ones with jock and lazy personalities.

Joe's house features several items from the Modern Series. The furniture layout in his house is identical to Ed's. 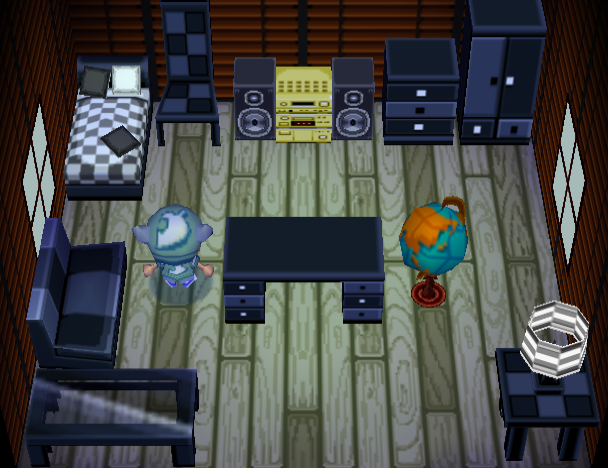 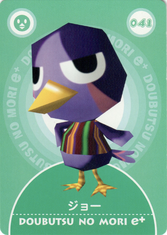 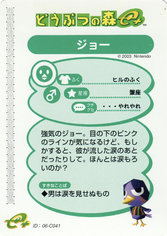