Groucho is a cranky bear villager in the Animal Crossing series who appears in all games to date except Animal Crossing: Wild World. His name is likely a play on grouchy, which relates to his cranky personality.

In New Horizons, Groucho has the music hobby and may sing anywhere without the need of a stereo.

Artwork of Groucho from Animal Crossing.

Groucho is a dark, navy blue bear with a nervous expression upon his face. He has three scars on his forehead that resemble claw marks.

As a cranky villager, Groucho will appear mature compared to other male personality types. This will make him appear serious as well as rude when talking to other villagers, including the player. Despite this, he will learn to confide in the player, considering them his only friend. He will enjoy the usual hobbies - not for competition, but for relaxing and peaceful reasons of calm and tranquility. He will find it difficult to socialize with peppy villagers, who he will appear to dislike, and mention this behind their backs, often planting rumors. He will get along with normal, snooty, and jock villagers, as well as other cranky villagers, who he will share deeper conversations with. He will, on occasion, annoy a normal villager, usually when criticizing something or someone. When he is sick, he will insult the illness. 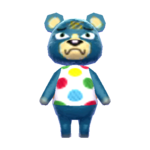 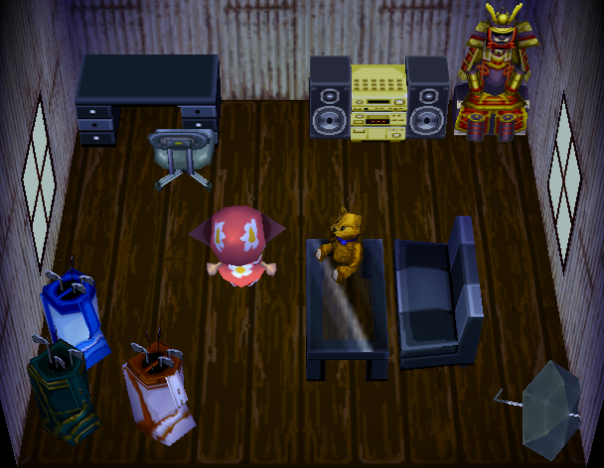 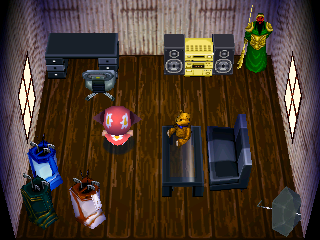 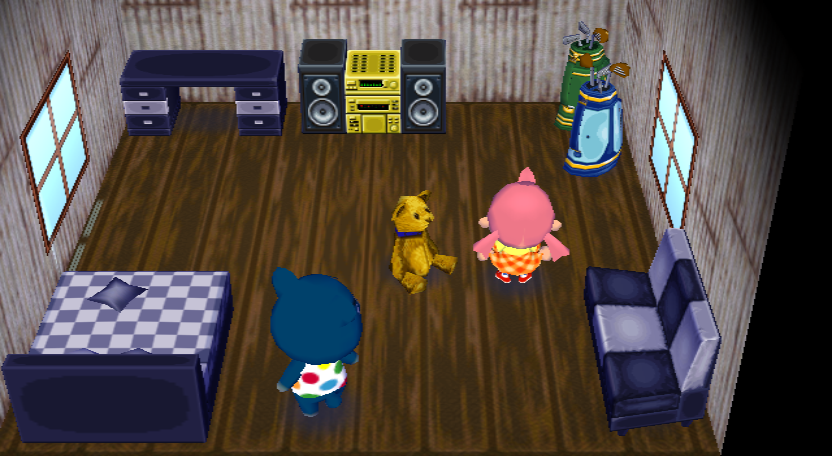 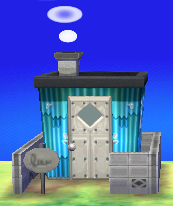 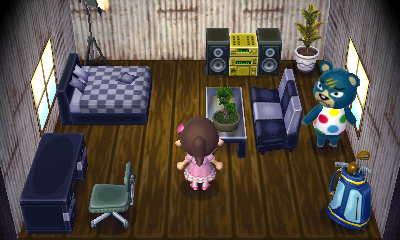 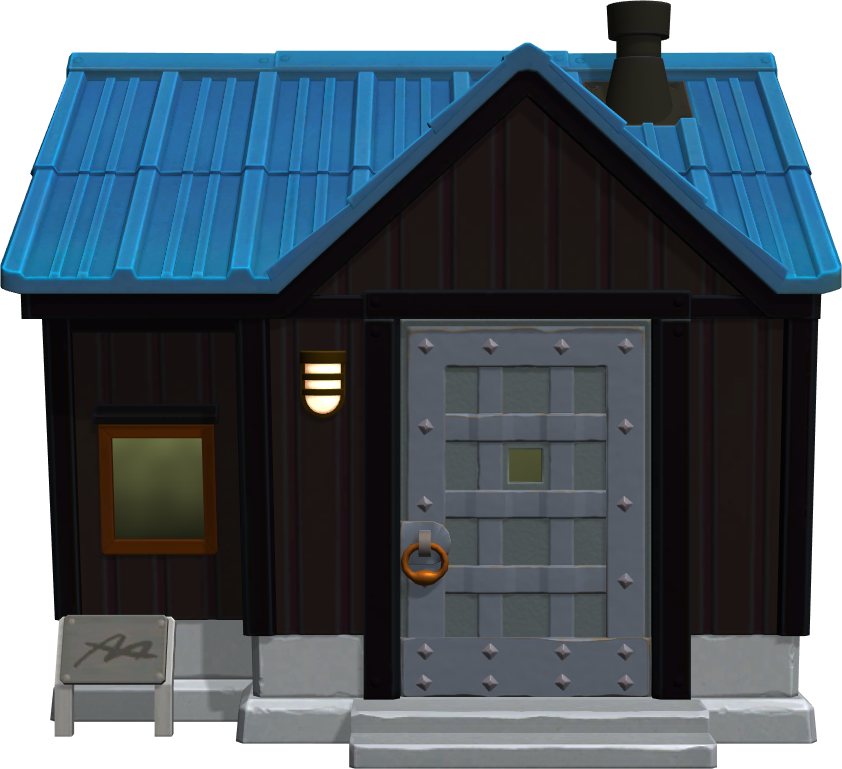 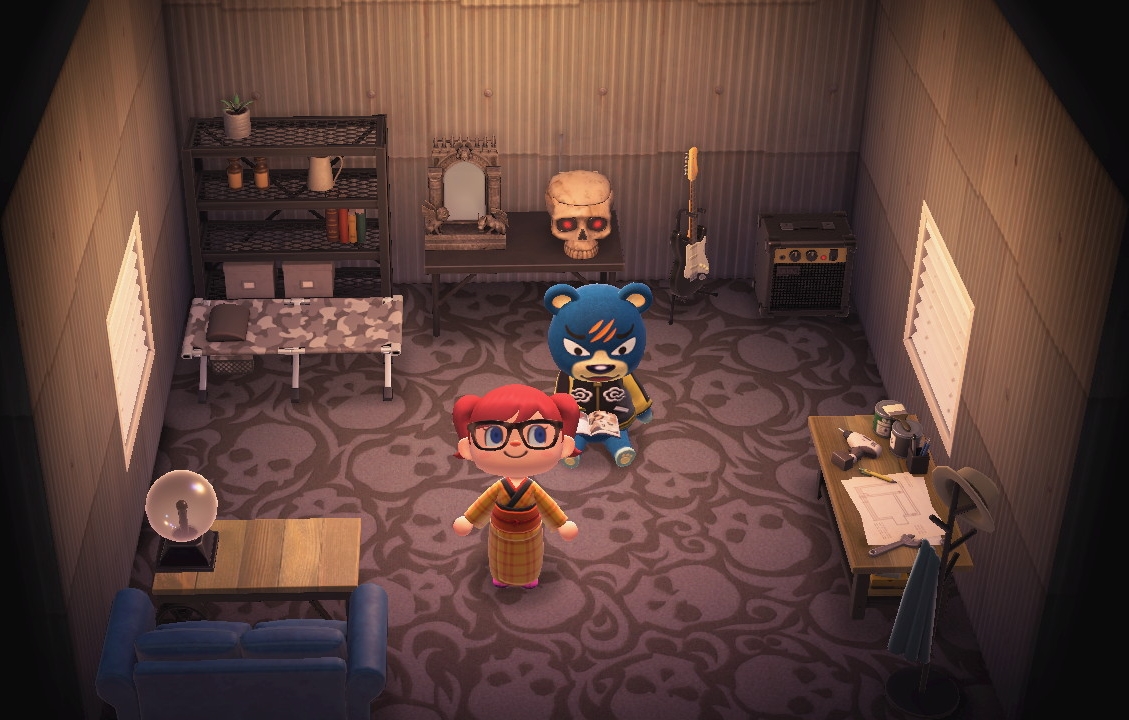 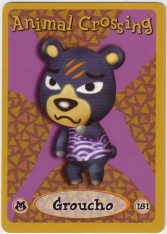 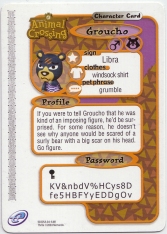 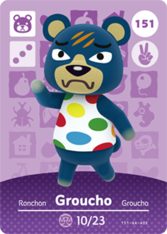