For the villager whose German name is Jacques, see Cousteau.

Jacques is a smug bird villager in the Animal Crossing series. He first appeared in Animal Crossing: New Leaf and has appeared in all subsequent games. His English and Japanese names are derived from "disc jockey," a reference to his houses and house requests that are themed after music clubs and respectively contain or require a DJ's turntable. His catchphrase, zut alors, is a French phrase meaning "darn it," which relates to Jacques being a French given name. His Japanese catchphrase, chekera, is a slang word that means "check it out," and is a phrase often used in rap lyrics.

In New Horizons, Jacques has the music hobby and may sing anywhere without the need of a stereo.

Artwork of Jacques from Welcome amiibo.

Jacques is a dark navy bird resembling a jackdaw, which may also be the basis for his name. He has bright green stripes around his ankles and the tips of his wings and tail. He wears a bright green beanie, which is removable in New Horizons when gifted headwear. Certain types of headwear will reveal he has a small tuft of brown hair on his head. He has lazy blue eyes with bright green rims. He has a yellow beak, brown eyebrows, and a brown goatee.

Jacques is a smug villager, meaning he is well-mannered, polite, and friendly. He is quite flirtatious and has a fair number of unseen hobbies that include collecting plastic bottle caps and constantly talking about trains. He enjoys complimenting other villagers, including the player, and he is generous and quite easy to befriend. He is fairly easy to disappoint when the player refuses to trade in items and if the player fails to complete a favor from him. He is very interested in fashion, and when shopping in GracieGrace or Able Sisters, he seems to be big fans of the two tailors. Like all other smug villagers, Jacques falls asleep at 2:00 AM and wakes up at 8:30 AM.

In Animal Crossing: New Leaf, Jacques cannot be one of the starting villagers in the player's town. 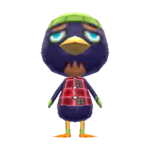 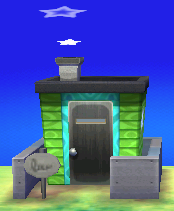 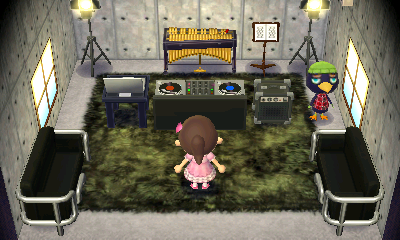 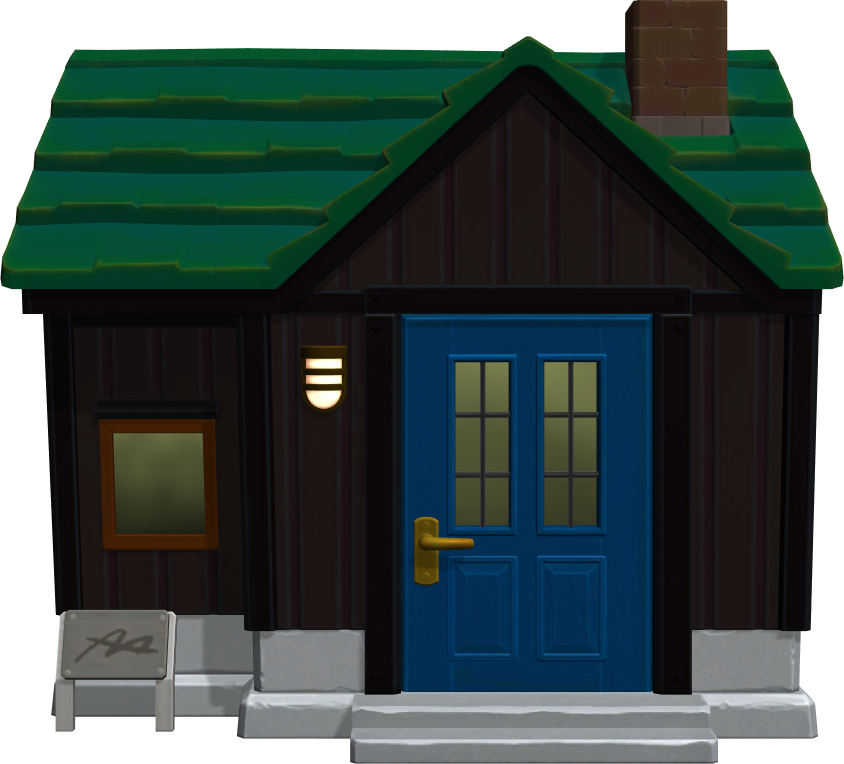 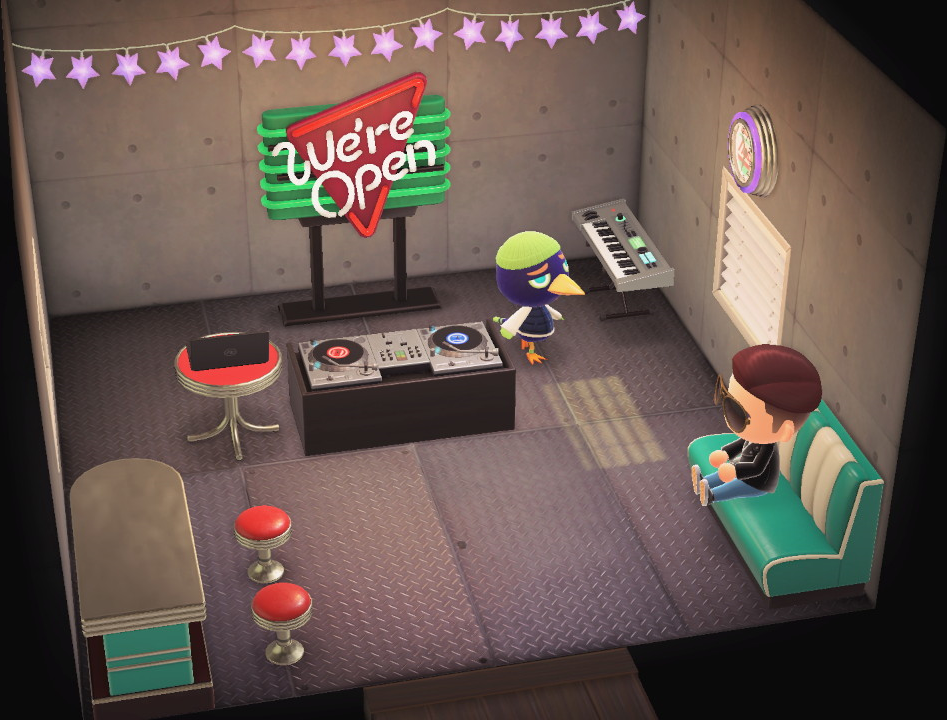 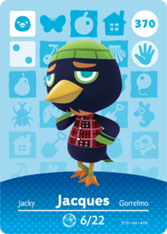