Otis in Doubutsu no Mori.

Otis is a gray bird with two white spots, which could be his eyebrows. His chin is orange, like a robin's, and he has a white chest and wingtips. He has an orange bill and feet, and orange feathers on his tail, which ends in the same color as his forehead. 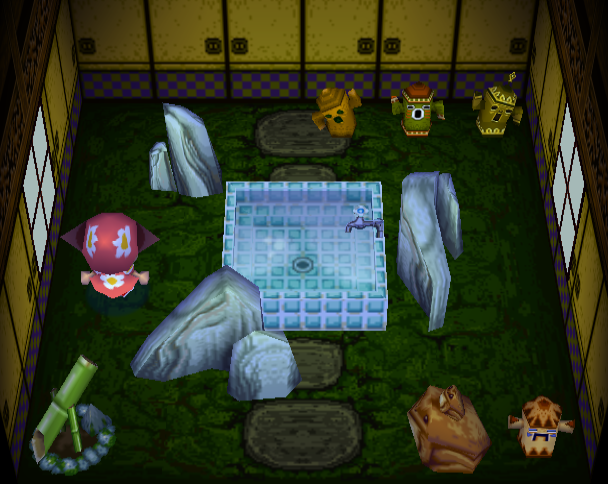 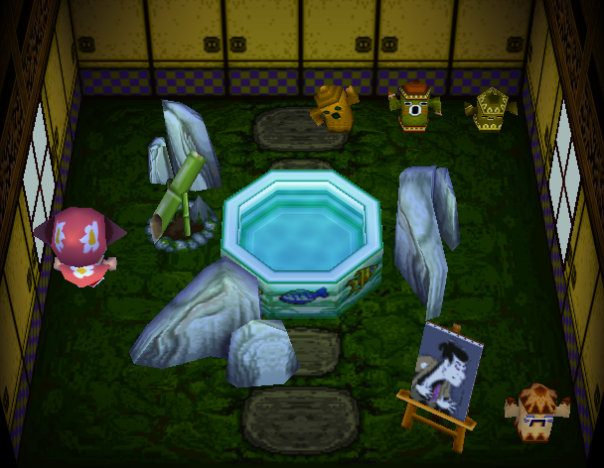 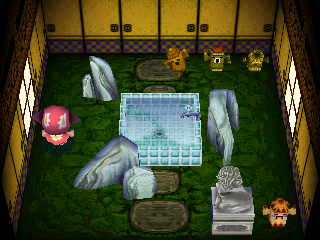 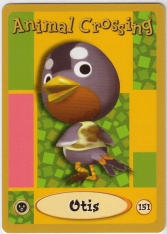 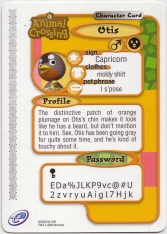