Dozer in Doubutsu no Mori.

Dozer is a purple bear who can be compared to that of a gummy bear. He has a curly black unibrow, and a brown muzzle with a shiny black nose. His eyes are almost always closed as if he's sleeping, hence the name "Dozer."

Dozer has a lazy personality, meaning he will mostly talk about food. He will enjoy eating and sleeping, and won't get along with snooty or jock villagers due to the fact that Dozer does not really care about his weight or his physical appearance. He will get along with normal villagers. 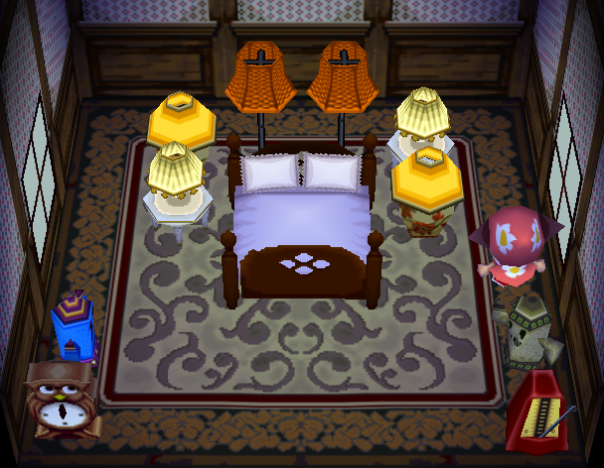 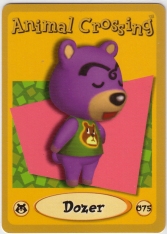 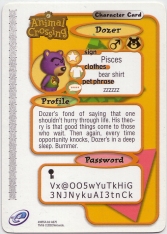