This article is about the bear villager. For the villager whose English name is the same as this villager's French name, see Wendy.

Paula is a brown bear. She has blonde hair and a head-band. The inside of her ears are beige, and she wears blue eye shadow.

Paula has two different personalities throughout the series. She debuted as a peppy villager in Doubutsu no Mori e+ and a sisterly villager in Animal Crossing: New Leaf.

Paula originally had a peppy personality in Doubutsu no Mori e+; she will always have a positive attitude and will often invite players to hang out. She will get along with most villagers, but her jaunty personality may annoy cranky and snooty villagers.

Paula reappears in Animal Crossing: New Leaf with a sisterly personality. She acts similar to a snooty villager, but she is more caring toward the player and less arrogant. She sometimes disagrees with cranky and snooty villagers because they spread rumors and may seem offensive. 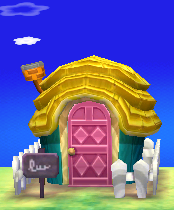 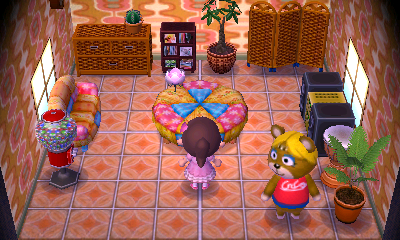 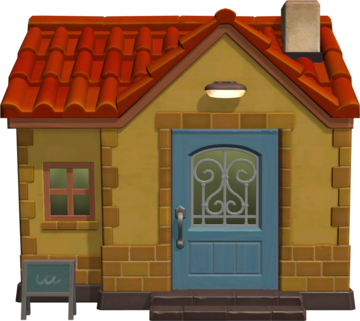 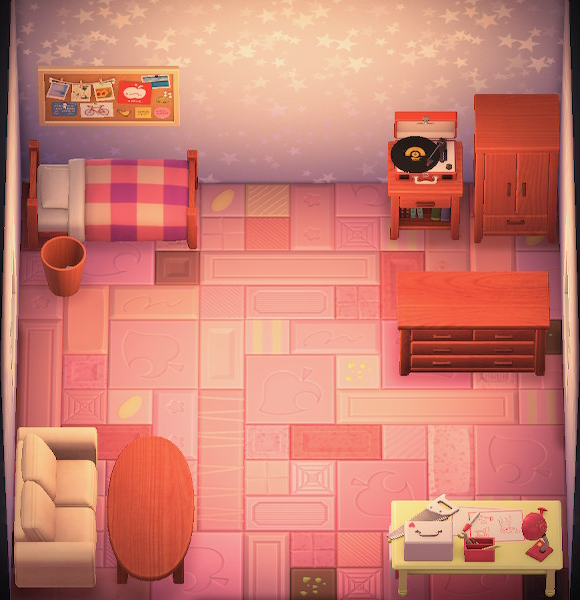