This article is about the villager. For the natural growths, see Flora (plants).

In New Horizons, Flora has the play hobby and can run around with her arms extended at any time, rather than only outside Resident Services during a scripted activity with a group of villagers.

Artwork of Flora from Welcome amiibo.

Flora is an ostrich, though her appearance most closely resembles a flamingo, another large bird. Her catchphrase relates to her appearance, as her feathers and body are hot pink. She has a different beak, resembling a flamingo's instead of the normal beaks other ostriches have. She seems to lack eyelashes. The white mark on her face appears to form a heart, symbolizing the kind nature of peppy villagers. The white mark also bears resemblance to the mark found on the Andean flamingo.

Flora, as a peppy villager, will appear to enjoy friendly competitions with the player. She will love being the center of attention, not minding whether or not the attention she is receiving is good or bad. She will enjoy the usual hobbies and will repeatedly ask the player to partake in her current hobby. She will state how cute a lazy villager can be, and how friendly and nice a normal villager is. She is considered the female counterpart of jock villagers, often stating that she is "helping them train". 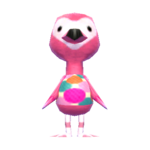 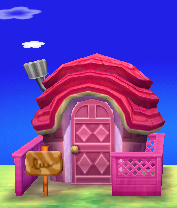 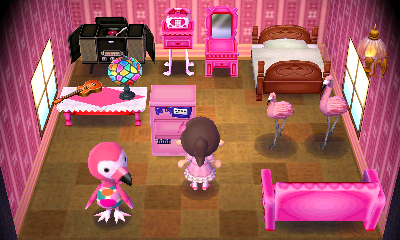 In Animal Crossing: New Horizons, if Flora is one of the villagers who moved in during the main storyline after the villager house development quest, her house will have a combination of non-craftable furniture, plus items crafted by players during the island development storyline, primarily from the Wooden Block Series. She cannot have her initial house interior unless she moves out of the player's island or the Happy Home Paradise DLC is purchased, in which either the player or Isabelle can reset the interior. 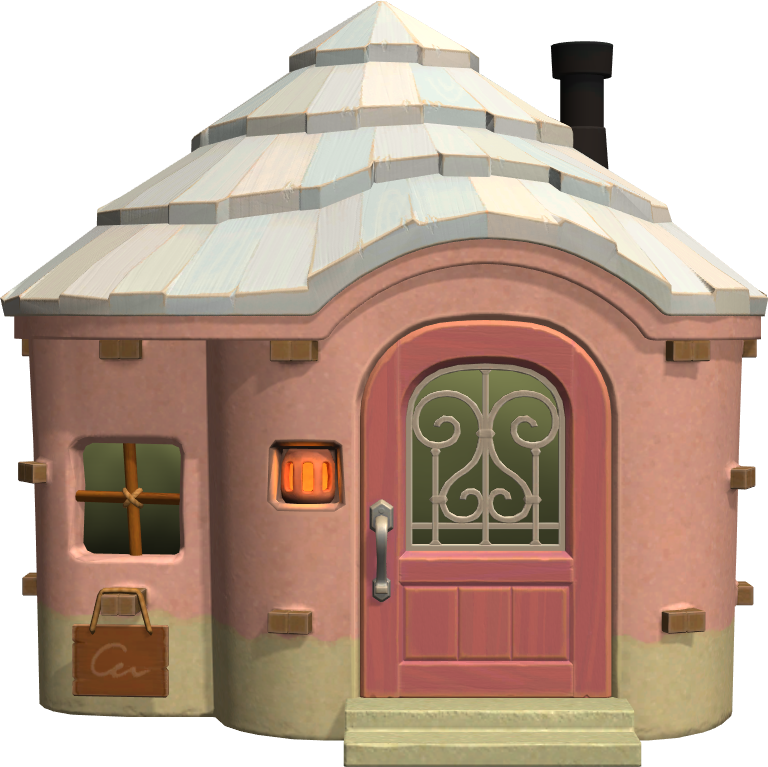 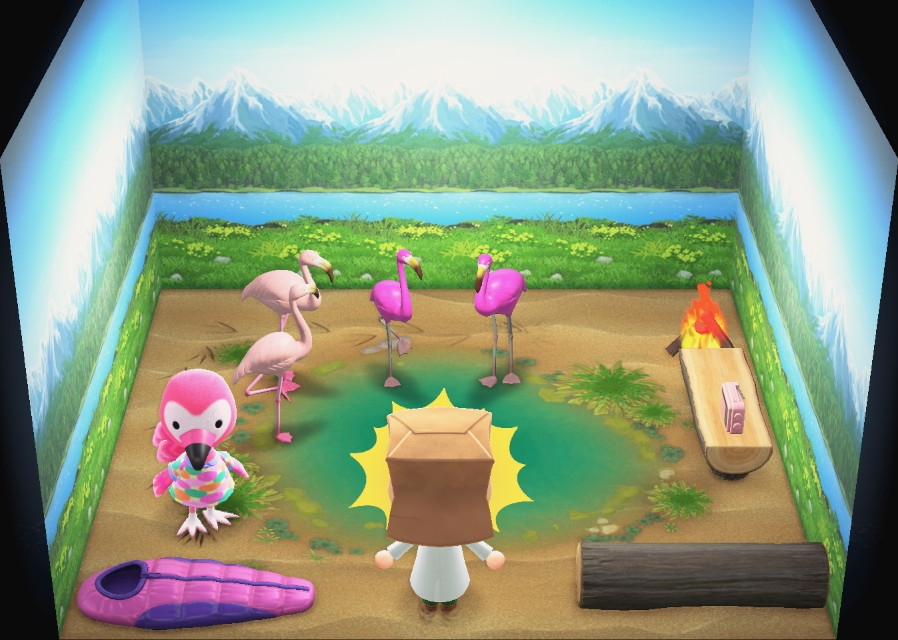 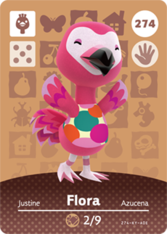