This article is about the villager. For the Welcome amiibo currency, see MEOW Coupon.

Meow can only move into a town after scanning her e-Reader card, which was exclusively bundled with the Mori o Tsukurou! figurine set F-49.

The MeowLingual (left) and Meow (right)

Meow is a pink cat with a dark pink head and a green face that resembles a monochrome LCD screen. Her face screen displays whiskers, and the MeowLingual logo can be seen on her forehead.

Meow is a peppy villager, meaning she will be friendly and excitable, coming out of her home often and rarely being discouraged from doing anything. Being a peppy villager, she will get along with normal, jock, and lazy villagers, but may annoy cranky and snooty with her upbeat personality.

In Doubutsu no Mori e+, Meow's house features the same furniture layout as Olive and Sylvia's. 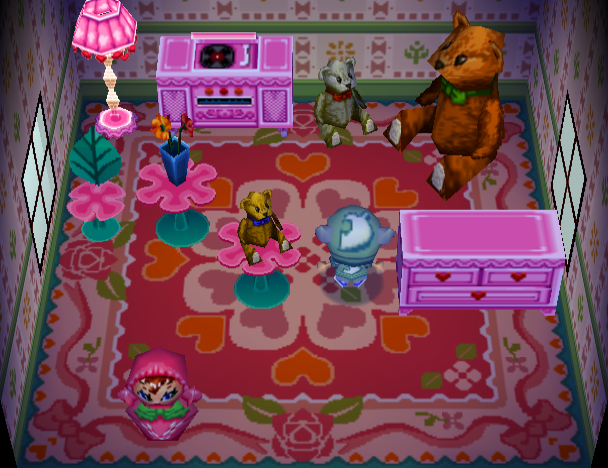 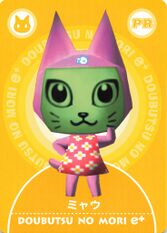 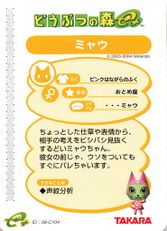