In New Horizons, Ruby has the nature hobby and may be found reading a book pertaining to an item she is studying, which can be either flowers, bugs, fish, or fossils.

Artwork of Ruby from Wild World.

Ruby is an albino rabbit with white fur, red eyes, three freckles on each cheek, and melon-pink inside her ears. She perpetually carries a neutral expression, showing emotion only through her eyes. The only time she changes her expression is when she is thinking or upset. 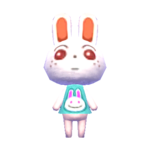 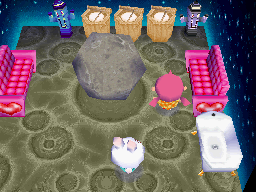 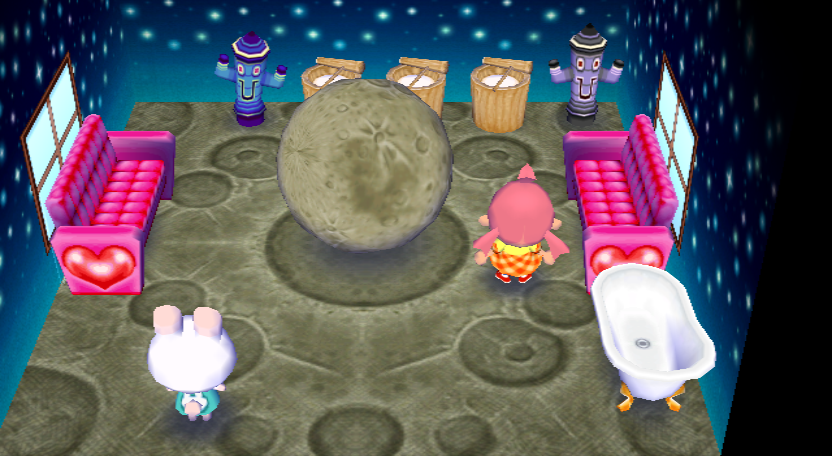 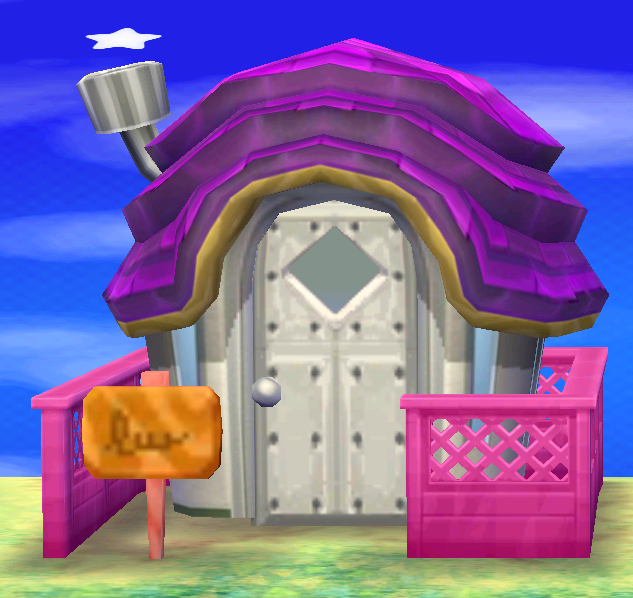 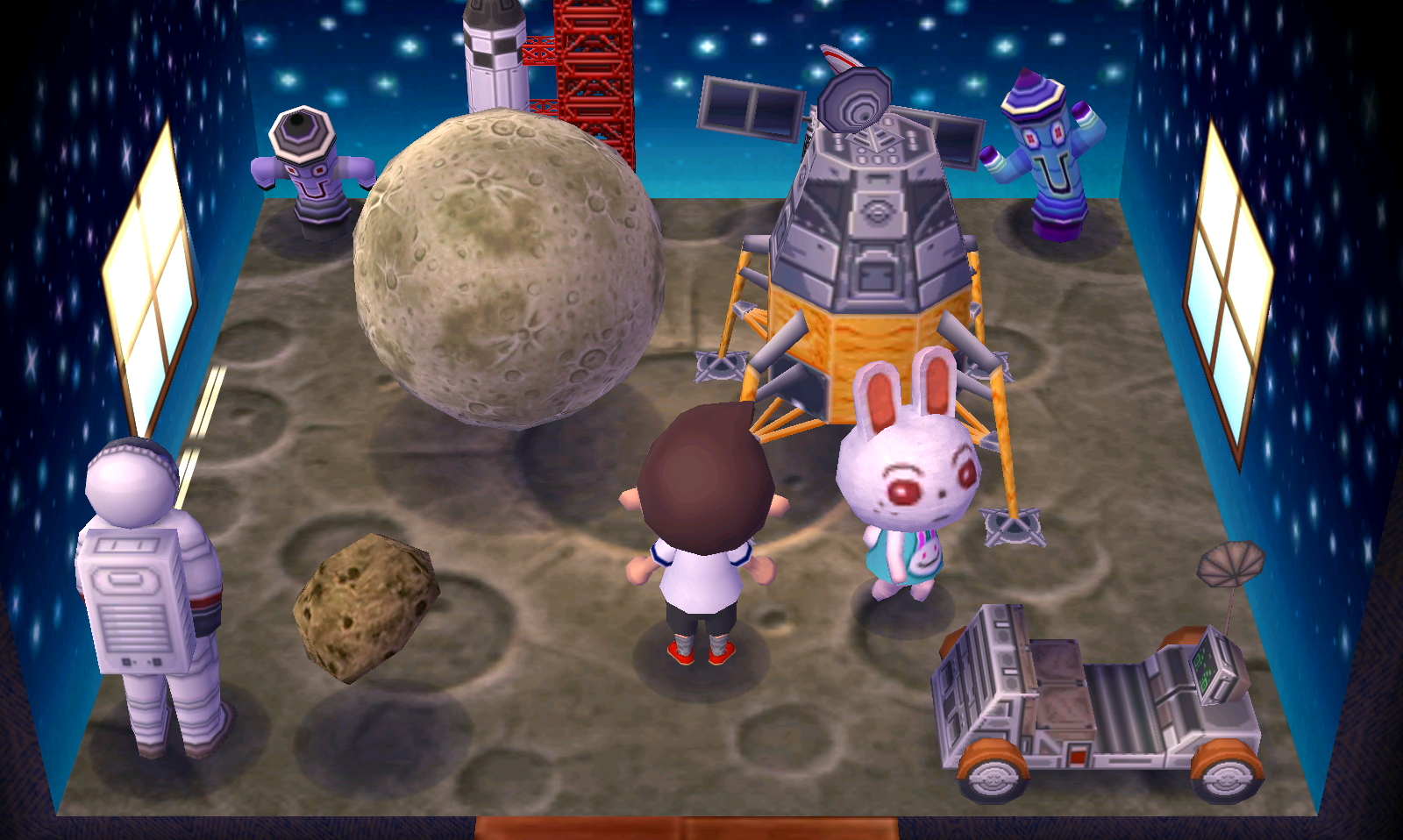 In Animal Crossing: New Horizons, if Ruby is one of the villagers who moved in during the main storyline after the villager house development quest, her house will have a combination of non-craftable furniture, plus items crafted by players during the island development storyline, primarily from the Wooden Block Series. She cannot have her initial house interior unless she moves out of the player's island or the Happy Home Paradise DLC is purchased, in which either the player or Isabelle can reset the interior. 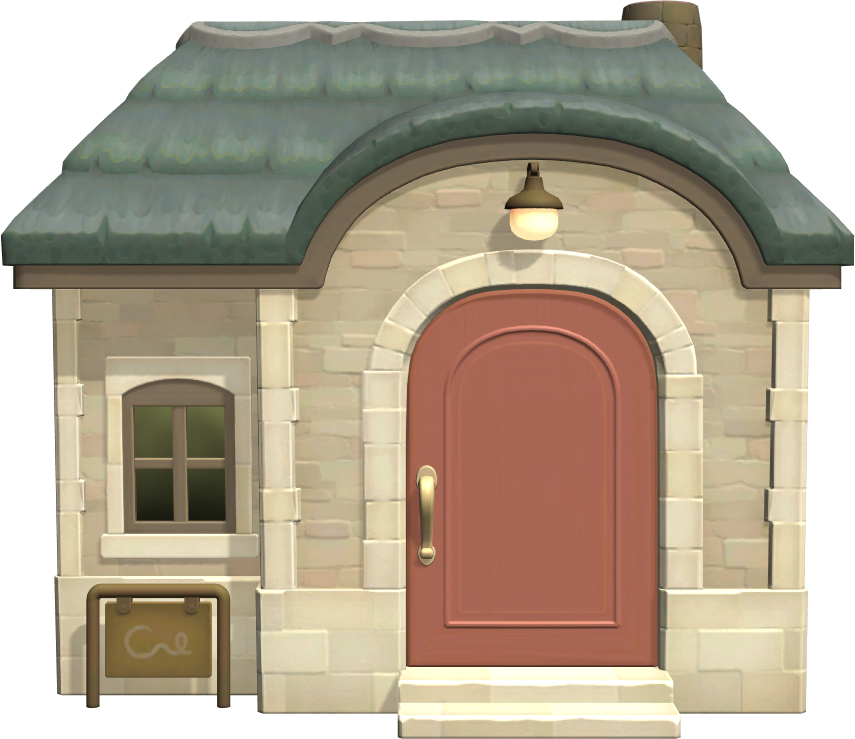 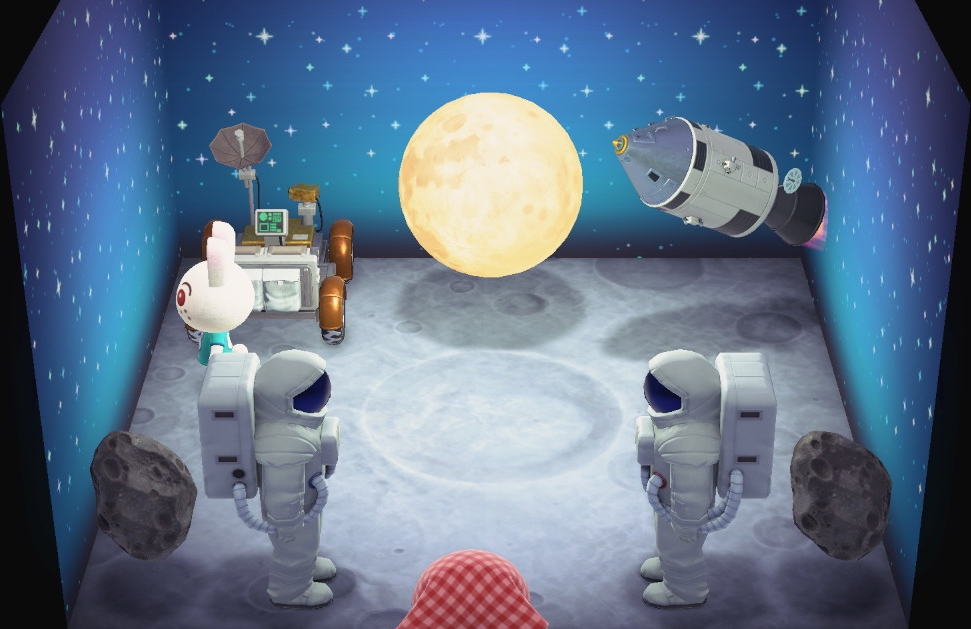 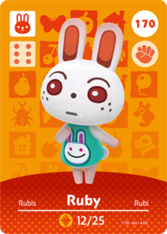