For the villager whose Japanese name is Bianca, see Whitney. For German, see Olivia.
Not to be confused with Blanca.

Bianca is a peppy tiger villager in the Animal Crossing series. She first appeared in Animal Crossing: New Leaf and has appeared in all subsequent games. Bianca, alongside Claudia, is notably the first female tiger since Bangle to appear in an Animal Crossing series title, also sharing Bangle's peppy personality. Bianca's name is Italian for "white," referring to the color of her fur. The latter part of her Japanese catchphrase, de hyō (でヒョウ), means "leopard," relating to her species; hyou (ひょう) also translates to "hail," relating to her cold climate theme, as she resembles a snow leopard.

In New Horizons, Bianca has the play hobby and can run around with her arms extended at any time, rather than only outside Resident Services during a scripted activity with a group of villagers.

Artwork of Bianca from New Leaf.

Bianca is a white tiger with turquoise eyes and black slanted eyebrows. Her appearance is heavily based on a snow leopard, an animal that is in the Panthera genus, which the tiger is also a part of. The inside of her ears are pink. She has spots in some areas of her body, making her more resemble a snow leopard than a tiger. Her nose is an oval shape. 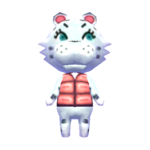 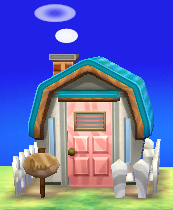 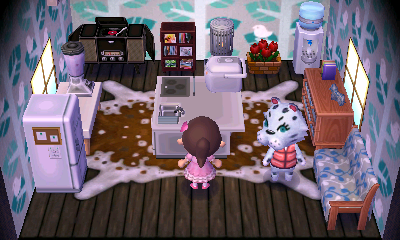 In Animal Crossing: New Horizons, if Bianca is one of the villagers who moved in during the main storyline after the villager house development quest, her house will have a combination of non-craftable furniture, plus items crafted by players during the island development storyline, primarily from the Wooden Block Series. She cannot have her initial house interior unless she moves out of the player's island or the Happy Home Paradise DLC is purchased, in which either the player or Isabelle can reset the interior. 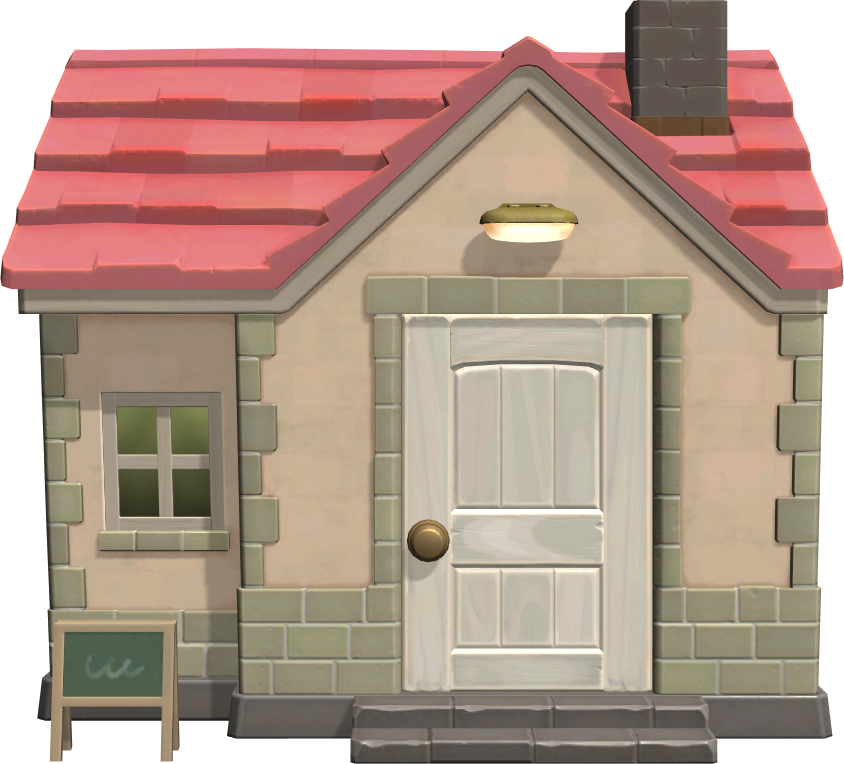 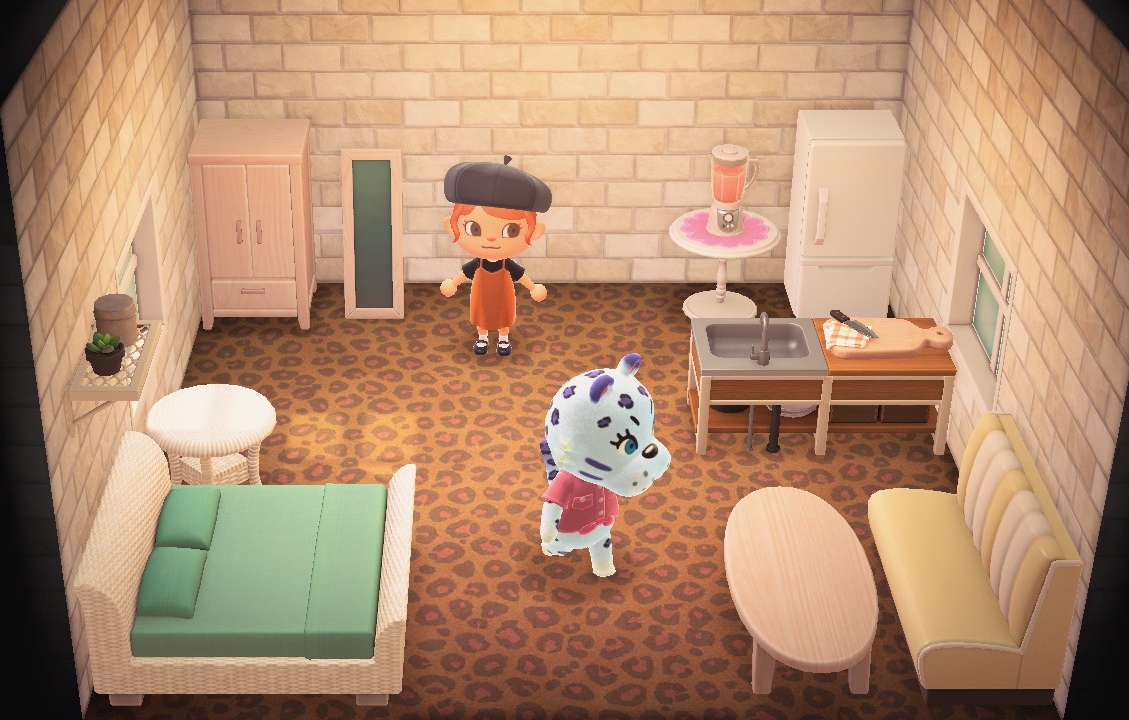 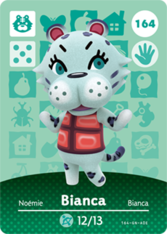