Huggy in Doubutsu no Mori.

Huggy is a tan koala with a light brown nose, rosy cheeks, and a cheery smile. She has large ears that have white inside them. She has white ears trimmed brown. In Doubutsu no Mori, Huggy's fur is orange instead of tan, and her nose is a much darker brown. Her rosy cheeks are also colored pink instead of red.

As a peppy villager, Huggy will always appear to be in a good mood. She will get along with other villagers including the player, making it easy to befriend. She will enjoy the usual hobbies, and may ask the player for bugs or fish that she finds cute. She will easily get upset, but due to a short attention span she will forget ever having the conversation. Like all peppy villagers, she dreams of becoming famous in the future. She will get on well with normal, lazy, and other peppy villagers, but may annoy snooty and cranky villagers with her upbeat personality. 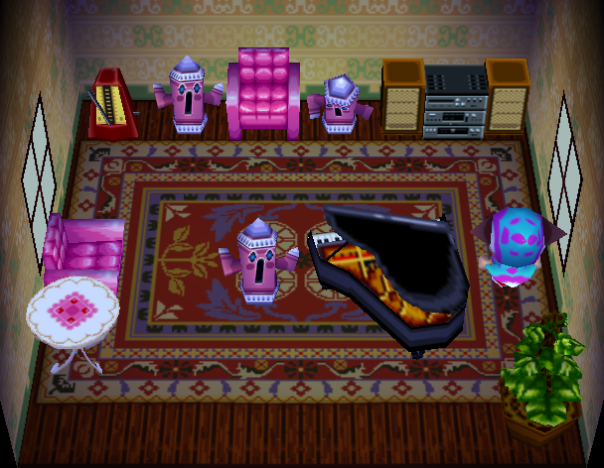 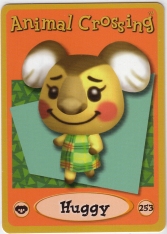 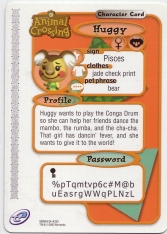