Penny is a peppy mouse villager in the Animal Crossing series. She appears in every first-generation Animal Crossing game. Her catchphrase, "ska-WEAK," is based on the sound that mice make, "squeak."

Penny in Doubutsu no Mori.

Penny is a brown and beige mouse with a side parting in her hair. She has black eyes, oval pupils, and red in her ears.

Penny is a peppy villager, meaning she is lively, energetic, and always in a good mood. Because of these traits, she is easy to befriend. She will have a short temper, and will always overreact to the smallest things, but will forget about them due to a short attention span. She will get along well with normal villagers, as they are both "girly", as well as with jock villagers, due to both having high levels of energy. Despite this, Penny will criticize cranky and snooty villagers, whom she will call "old" or "boring" while speaking about them. 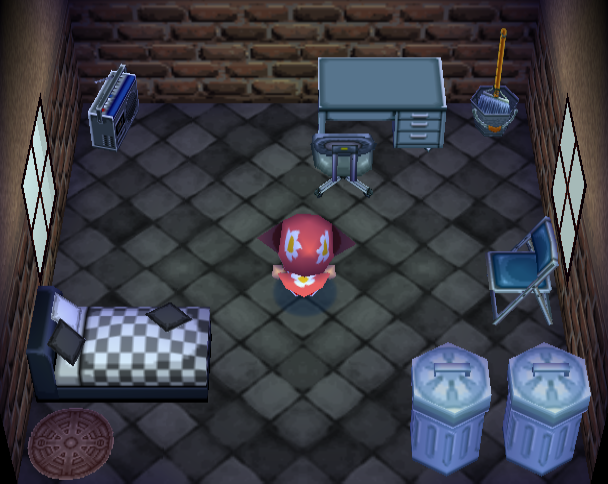 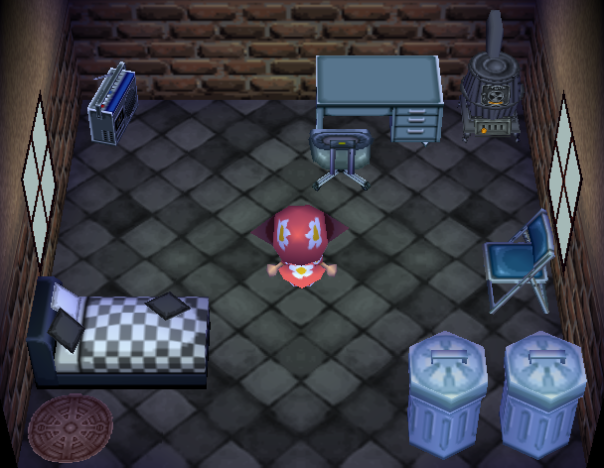 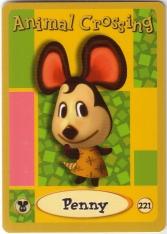 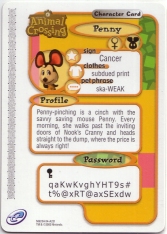