Candi is a peppy mouse villager in the Animal Crossing series. She first appeared in Doubutsu no Mori, and after her appearance in Doubutsu no Mori e+, she remained absent from the series until Animal Crossing: New Leaf - Welcome amiibo. Her name is derived from the word "candy" and relates to her catchphrase, "sweetie." She shares her catchphrase with Violet, a snooty gorilla villager.

In New Horizons, Candi has the play hobby and can run around with her arms extended at any time, rather than only outside Resident Services during a scripted activity with a group of villagers.

Artwork of Candi from Animal Crossing.

Candi is a pink mouse with large, puffed cheeks and a half smile, bearing a resemblance to Dora, another mouse villager. The inside of her ears are blue. Her feet and the stripes on her tail are dark pink.

Candi is a peppy villager, appearing very energetic and cheerful. Because of this attitude, she is fairly easy to befriend. Candi will get along well with Normal and big sister villagers, talking about normal "Girly" stuff, as well as Jock villagers, due to having similar levels of energy. She does not get along well with cranky or snooty villagers, due to them conflicting with her upbeat personality. When talking to them, she may often say "You know you're always rude!" or other cheeky quotes, like calling them "old" or "boring".

In Animal Crossing: New Leaf - Welcome amiibo, Candi can only move to the player's town if her amiibo card is scanned, or if she is invited to move in from another player's town. 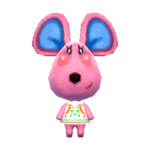 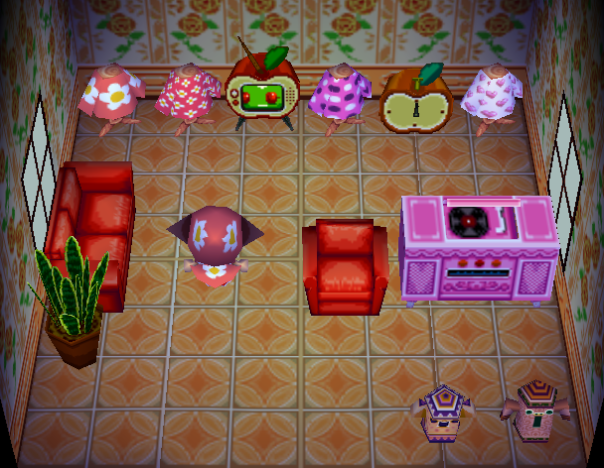 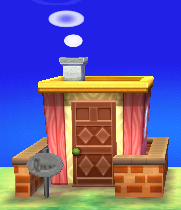 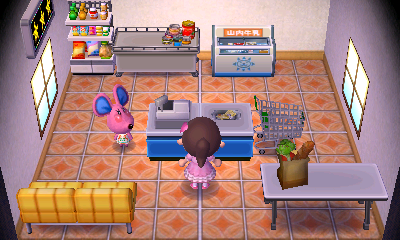 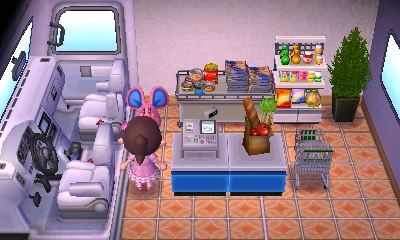 In Animal Crossing: New Horizons, if Candi is one of the villagers who moved in during the main storyline after the villager house development quest, her house will have a combination of non-craftable furniture, plus items crafted by players during the island development storyline, primarily from the Wooden Block Series. She cannot have her initial house interior unless she moves out of the player's island or the Happy Home Paradise DLC is purchased, in which either the player or Isabelle can reset the interior. 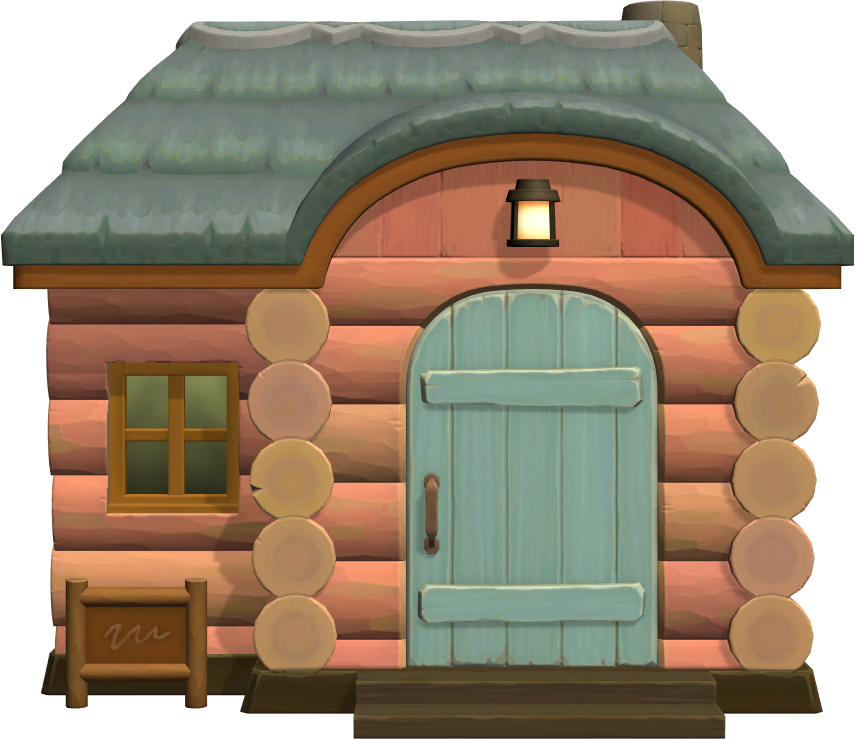 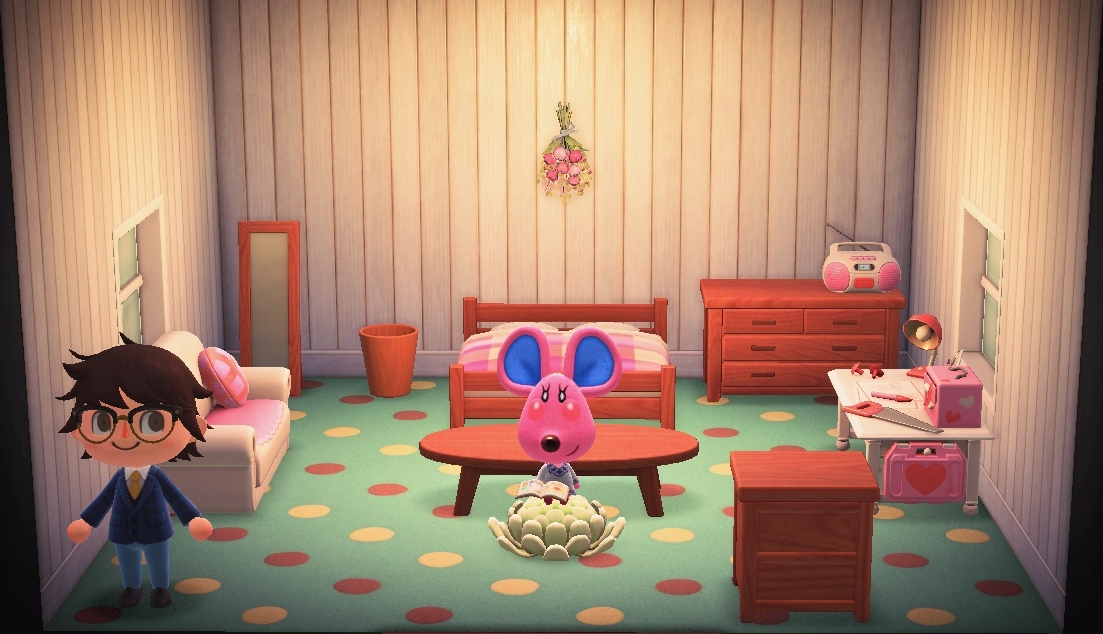 "What sorts of adventures have you been on lately, sweetie?"
— Introduction from character announcement, Animal Crossing: Pocket Camp 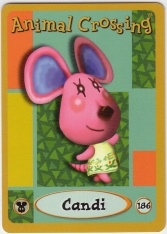 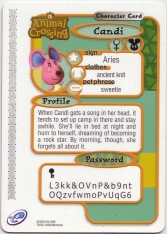