This article is about the villager. For the gameplay mechanic, see Luck. For the type of item, see Lucky item.

Lucky is a lazy dog villager in the Animal Crossing series who appears in all games to date. His name is ironic, given how his appearance makes him resemble an injured person wrapped in bandages.

In New Horizons, Lucky has the play hobby and can run around with his arms extended at any time, rather than only outside Resident Services during a scripted activity with a group of villagers.

Artwork of Lucky from Animal Crossing.

Lucky is a black dog wrapped in bandages, which makes him resemble a mummy. He has a glowing yellow left eye, which can be seen through his bandages alongside his ears and tail.

As a lazy villager, Lucky has a relaxed, laid-back lifestyle and will appear friendly toward the player. He often talks about food and is humorous or naïve during conversations. During conversations with other villagers, he generally gets along well with peppy, smug, and cranky villagers, while snooty and jock villagers may not get along with him due to their conflicting lifestyles. In New Horizons, Lucky goes to sleep at 11 PM and wakes up at 8 AM.

In Animal Crossing, Lucky cannot be one of the starting villagers in the player's town.

In Animal Crossing: Wild World, Lucky cannot be one of the starting villagers in the player's town.

In Animal Crossing: City Folk, Lucky cannot be one of the starting villagers in the player's town. 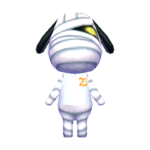 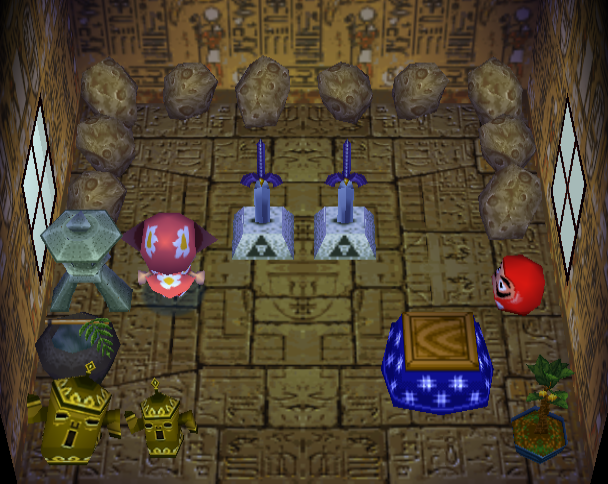 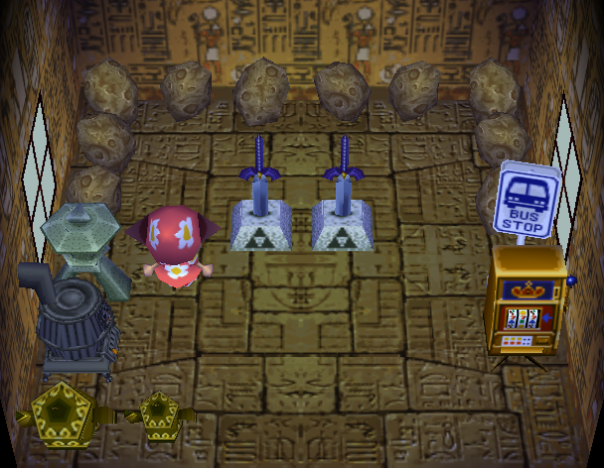 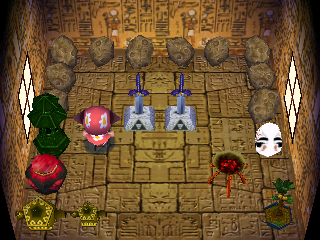 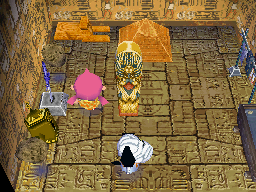 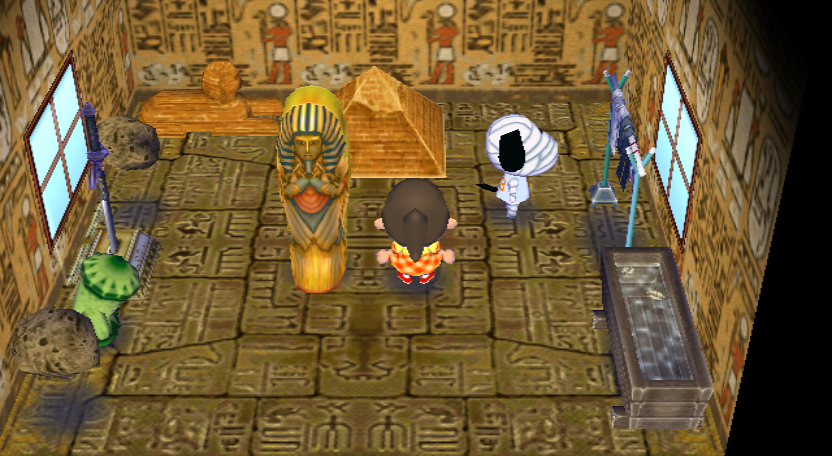 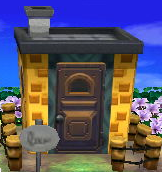 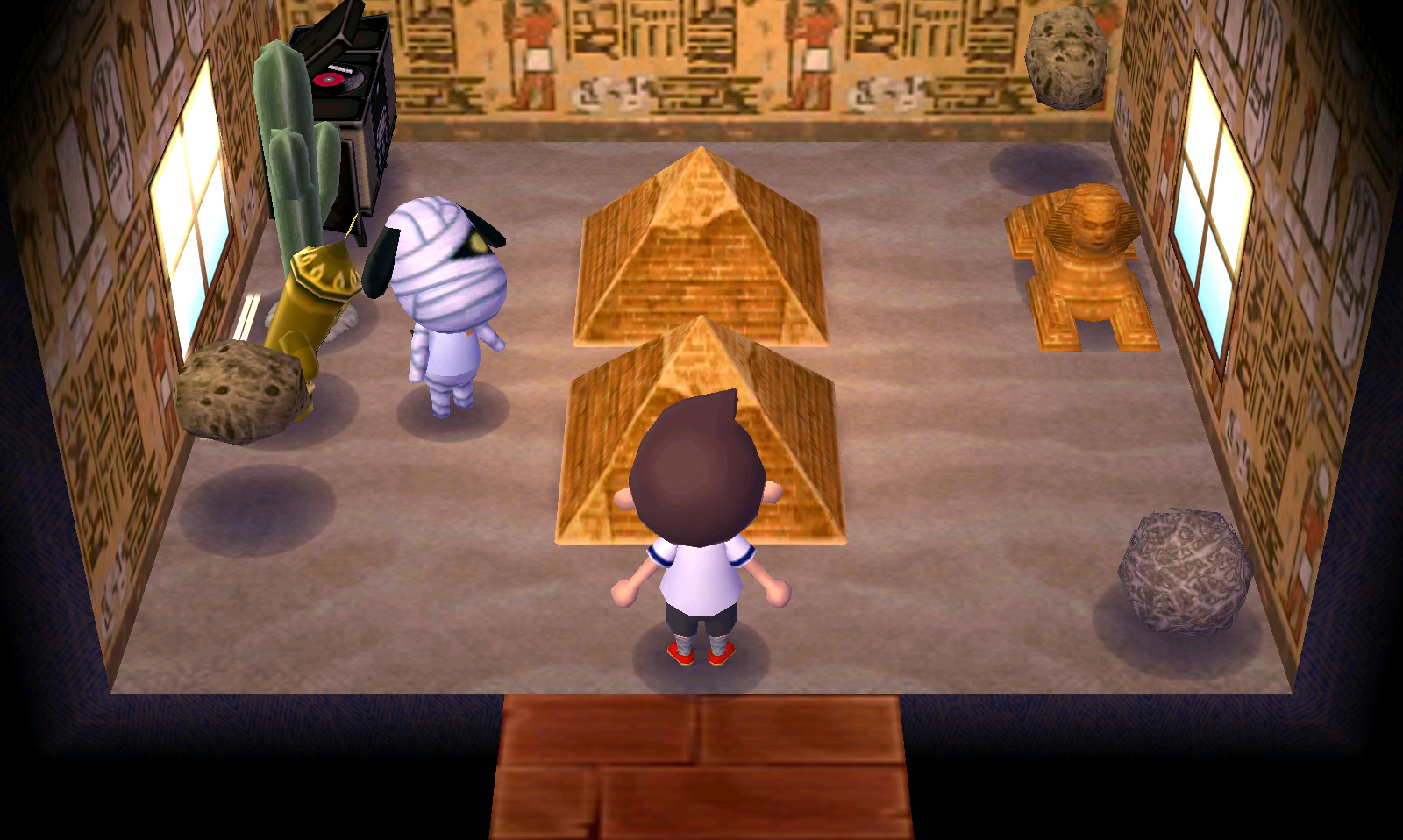 In Animal Crossing: New Horizons, if Lucky is one of the villagers who moved in during the main storyline after the villager house development quest, his house will have a combination of non-craftable furniture, plus items crafted by players during the island development storyline, primarily from the Log Series and applicable native fruit sets. He cannot have his initial house interior unless he moves out of the player's island or the Happy Home Paradise DLC is purchased, in which either the player or Isabelle can reset the interior. 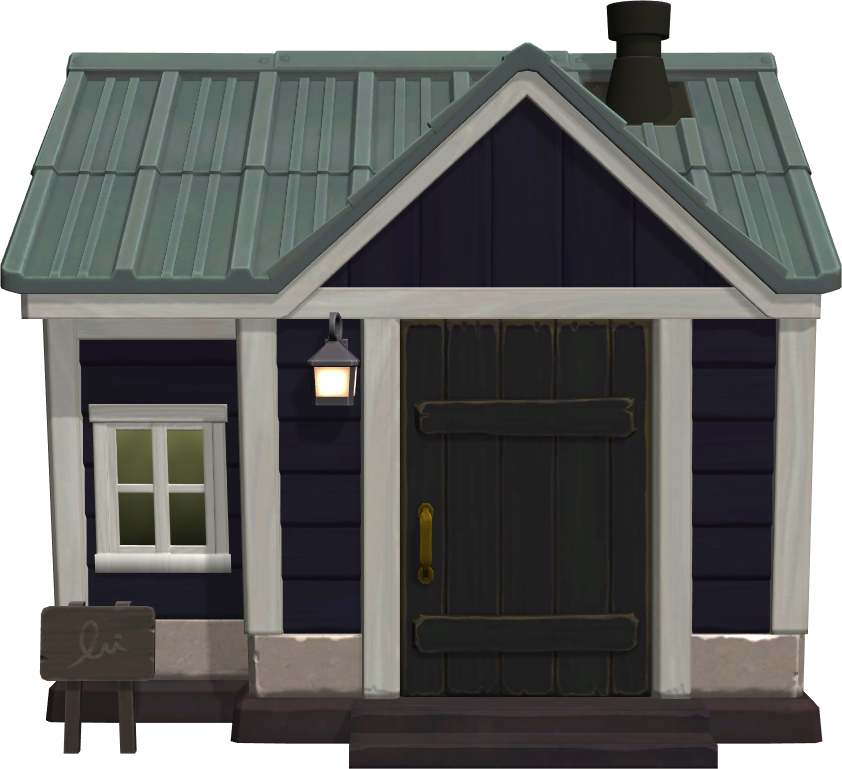 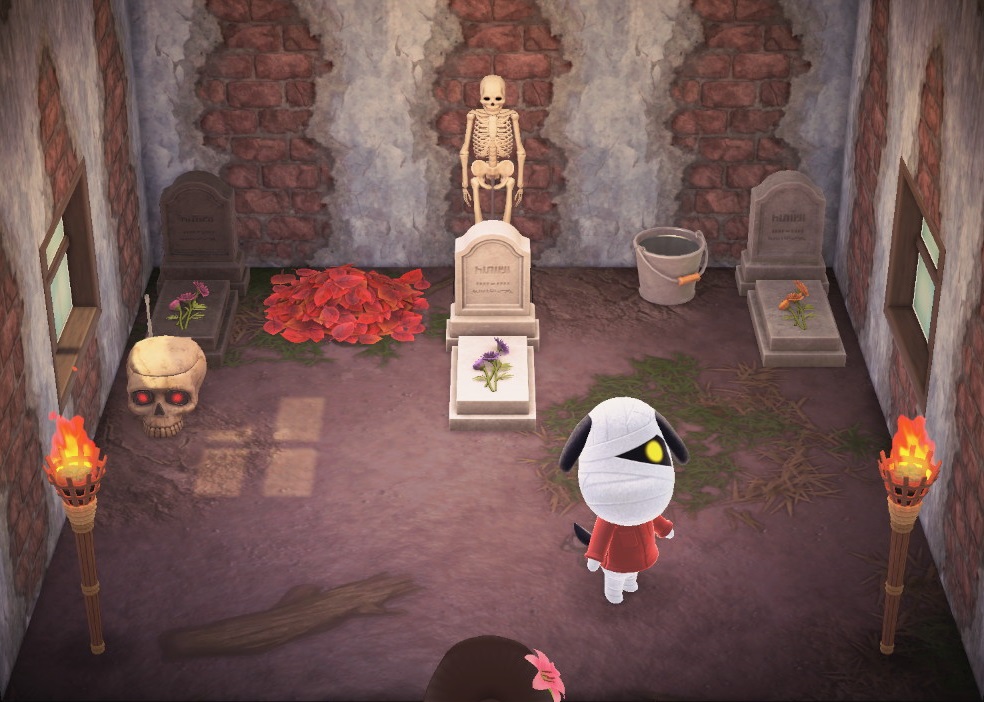 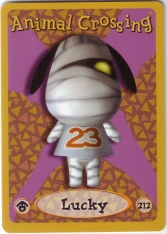 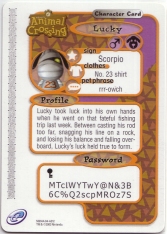 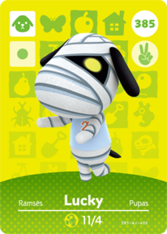