Drago is a lazy alligator villager in the Animal Crossing series. He first appeared in Animal Crossing: New Leaf and has appeared in all subsequent games. His name is likely derived from his dragon-like appearance, and his catchphrase refers to a dragon's fiery breath. Similarly, his Japanese name, Tatsuo (タツオ), is derived from tatsu (龍/竜), meaning "dragon," specifically Asian dragons. The sea horse model in Drago's New Horizons house is a reference to his appearance and name, as the Japanese word for "sea horse" literally translates to tatsu no otoshigo (タツノオトシゴ), "dragon's illegitimate child." 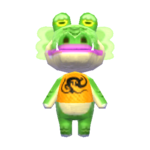 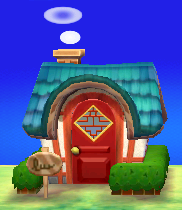 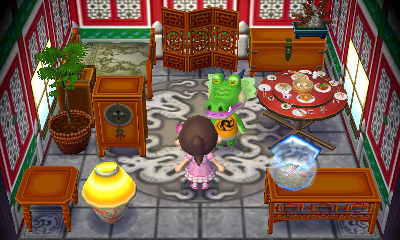 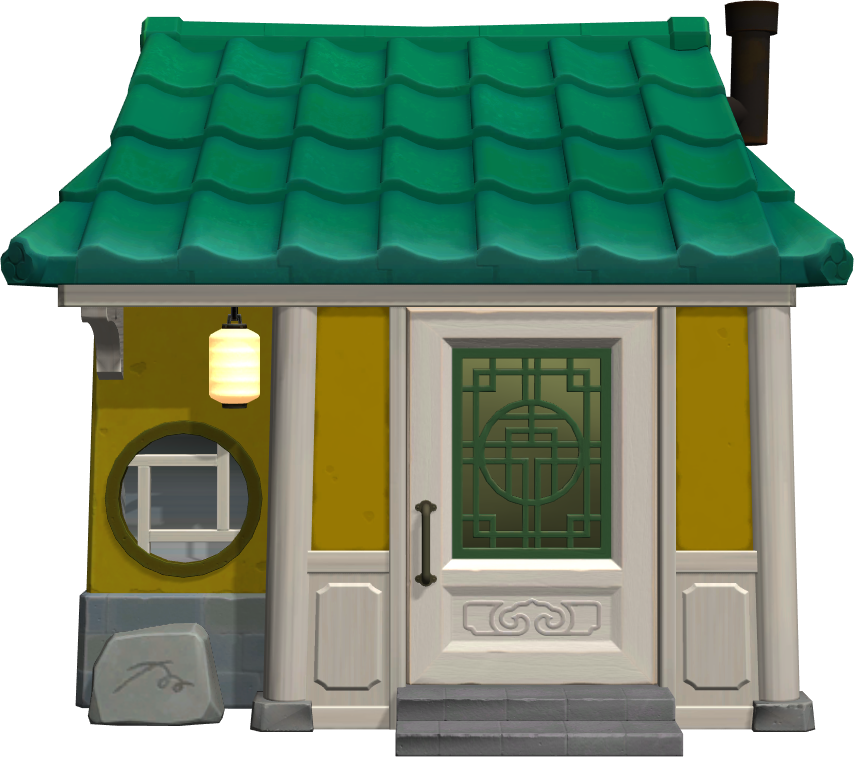 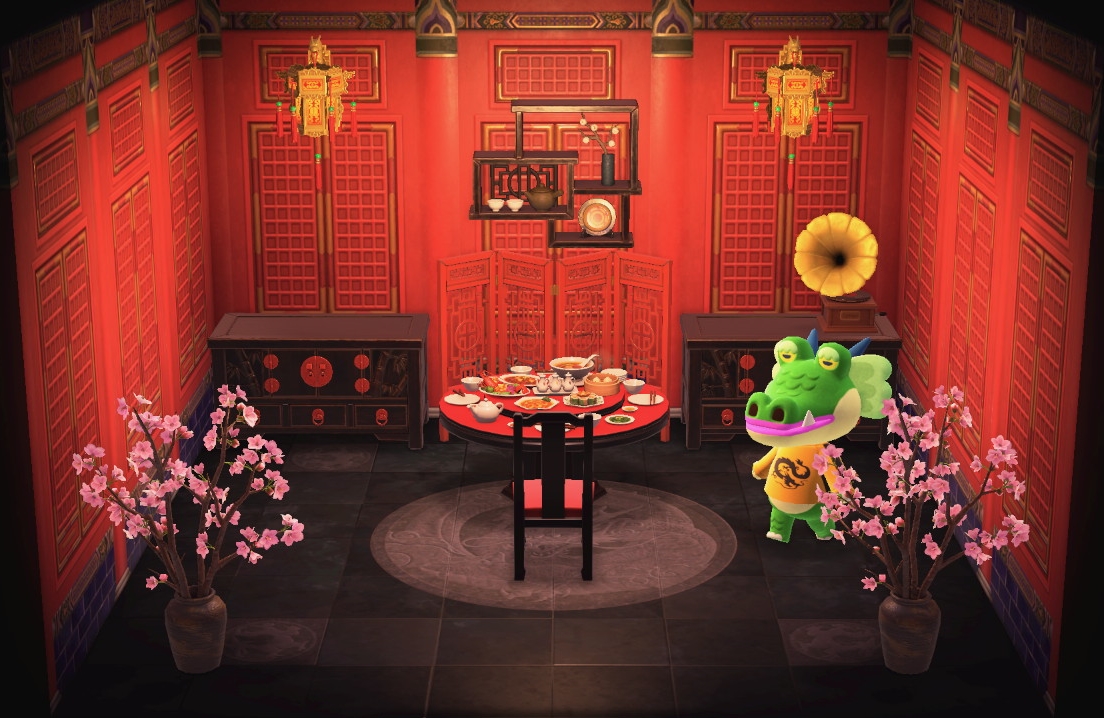 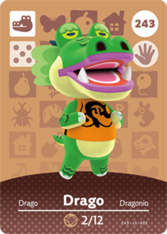