Tiansheng is a jock monkey villager in the Animal Crossing series. He was added to Animal Crossing: New Horizons as part of the 2.0 Free Update on November 4, 2021, and he was added to Animal Crossing: Pocket Camp between the announcement and release of the New Horizons update. His name and appearance take after the Monkey King, also known as Sun Wukong, one of the protagonists from the 1592 Chinese novel Journey to the West. His name is specifically derived from Sun Wukong's self-professed title, "Qí Tiān Dà Shèng" (simplified: 齐天大圣/traditional: 齊天大聖), which translates to "Great Sage, Equal to Heaven."

In New Horizons, Tiansheng has the fitness hobby and will wear sporty shades and lift heavy dumbbells while exercising.

Tiansheng is an orange monkey with white hands and a white marking covering the majority of his face. His eyes have yellow sclera which are each surrounded by a circular red marking. He wears a golden circlet, of which the shape is typical of depictions of the Monkey King, the character he is based on. Unlike other monkey villagers, who are typically barefoot, he wears black footwear.

As a jock villager, Tiansheng is energetic and has an interest in physical fitness and activity. He often talks about exercise or sports and may brag about his physical fitness. While often friendly to the player, he may comment on their fitness. During conversations with other villagers, he generally gets along well with peppy villagers due to their similar hyper personalities and will also get along with smug villagers, while he may offend snooty villagers by critiquing their fitness and annoy cranky villagers with his hyper personality. In New Horizons, Tiansheng goes to sleep at 12:30 AM and wakes up at 6:30 AM.

The world is more swole than you will ever fully know.

In Animal Crossing: New Horizons – Happy Home Paradise, Tiansheng's peach paradise house request is a direct reference to one of Sun Wukong's many escapades in the Chinese novel, Journey to the West, involving the Peaches of Immortality. In this story, the Heavenly Mother holds a peach banquet located within a heavenly palace in the skies every 6,000 years, in order to gift magical peaches to the gods. These magical peaches grant immortality and are grown within the Heavenly Mother's peach garden, taking thousands of years to ripen. However, Sun Wukong travels to the Heavenly Mother's peach garden and eats many of the peaches, gaining the peaches' powers and ruining the banquet.

The peach-related furniture unlocks, and the sky-related wallpaper and flooring unlocks, reference this story. The vaulting pole unlock is a reference to Sun Wukong's magical staff, which can grow into any size.

In Animal Crossing: New Horizons, if Tiansheng is one of the starter villagers, his house will have craftable items primarily from the Wooden Series. He cannot have his initial house interior unless he moves out of the player's island or the Happy Home Paradise DLC is purchased, in which either the player or Isabelle can reset the interior. 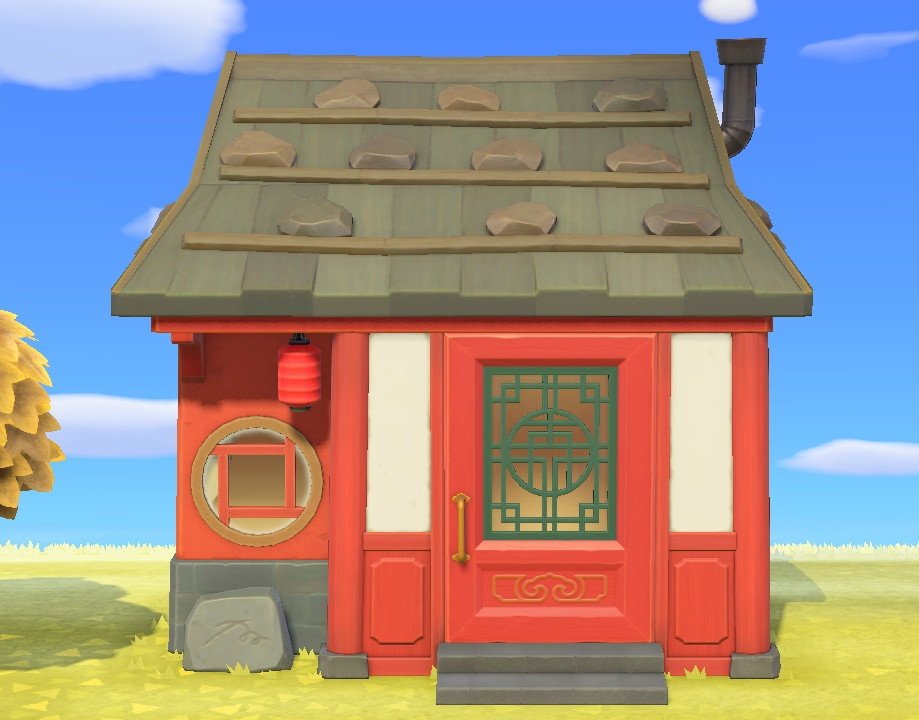 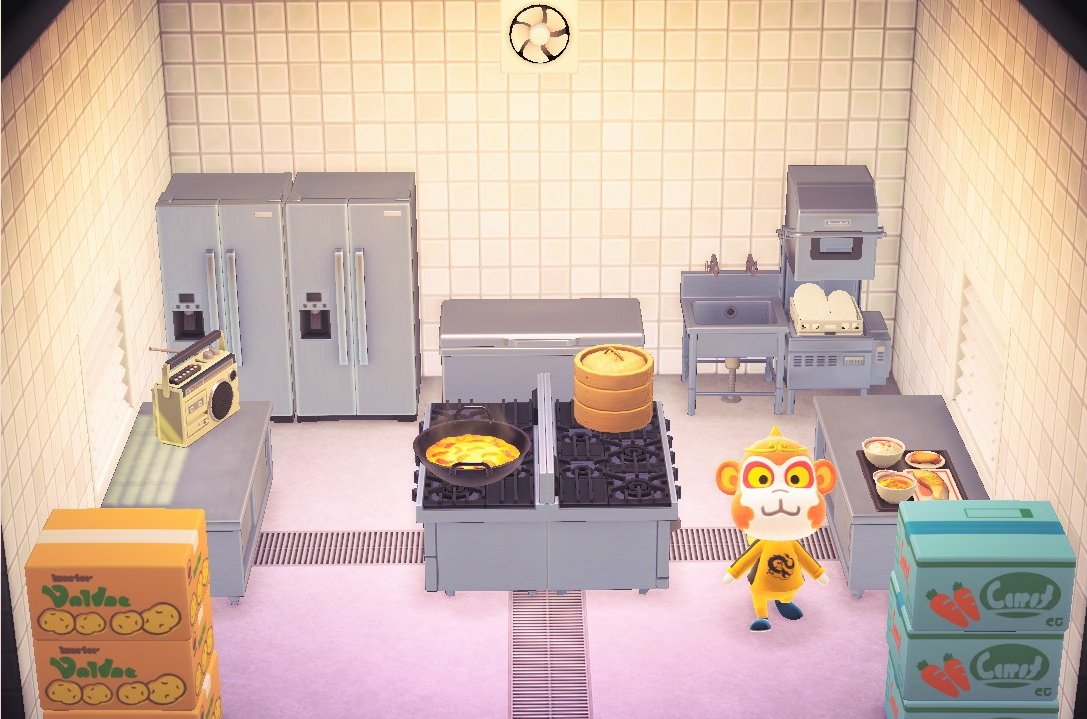 The world is more swole than you will ever fully know. 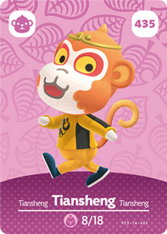