For the villager whose French name is Hector, see Del.

Hector in Doubutsu no Mori.

Hector is a purple-blue chicken with orange cheeks, black glasses, and curved eyebrows.

Hector has a jock personality, making him often talk about his muscles and exercise. As a result, Hector will give the impression that he is competitive, and likes the normal activities, such as fishing, for competition. He will be offended by lazy and snooty villagers, due to conflicting lifestyles and him not caring about his physical appearance, respectively. However, he will get along with peppy and other jock villagers, as both are highly energetic like him.

According to Hector's e-Reader card profile, he is best friends with Hambo and the two often work out at Hector's house. 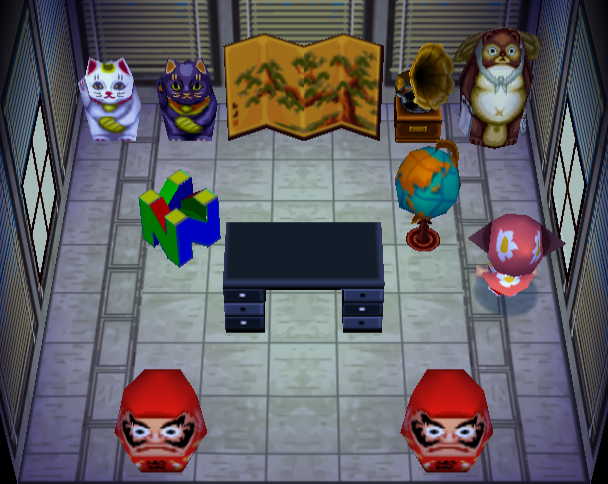 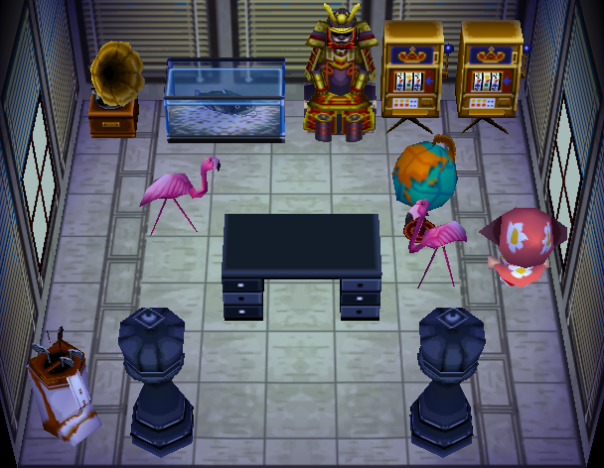 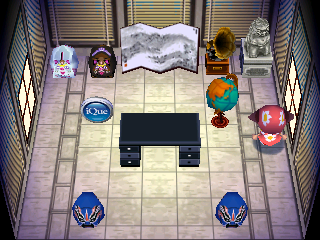 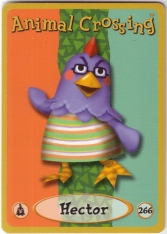 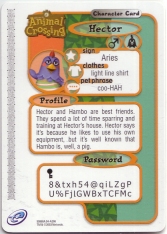