Sprocket is a jock ostrich villager in the Animal Crossing series. He first appeared in Doubutsu no Mori, and after his appearance in Doubutsu no Mori e+, he remained absent from the series until Animal Crossing: New Leaf - Welcome amiibo. Data for him exists in Animal Crossing: Happy Home Designer but ultimately remains unused. His name likely comes from the gear of the same name used in machinery, relating to his appearance. His catchphrase, zort, is a nod to him being one of the three robotic-themed villagers, alongside Cephalobot and Ribbot.

In New Horizons, Sprocket has the music hobby and may sing anywhere without the need of a stereo.

Artwork of Sprocket from Animal Crossing.

Sprocket is a robotic ostrich, with a green head, a dark gray body, an orange beak, and orange legs. The green sections of his body are partitioned with plates lined with dots that resemble screws. His body is mostly mechanical, except for his pastel orange legs and the dark gray strands of hair on back of his head. His body transitions from green to dark gray at the center of his stomach, although this is hidden by his clothes. His tail and wings are tipped with silver markings. He also has the number "04" written in orange on the back of his head.

As a jock villager, Sprocket is energetic and has an interest in physical fitness and activity. He often talks about exercise or sports and may brag about his physical fitness. While often friendly to the player, he may comment on their fitness. During conversations with other villagers, he generally gets along well with peppy villagers due to their similar hyper personalities and will also get along with smug villagers, while he may offend snooty villagers by critiquing their fitness and annoy cranky villagers with his hyper personality. In New Horizons, Sprocket goes to sleep at 12:30 AM and wakes up at 6:30 AM.

In Animal Crossing, Sprocket cannot be one of the starting villagers in the player's town.

In Animal Crossing: New Leaf - Welcome amiibo, Sprocket can only move to the player's town if his amiibo card is scanned, or if he is invited to move in from another player's town. 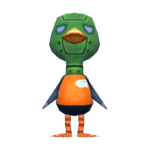 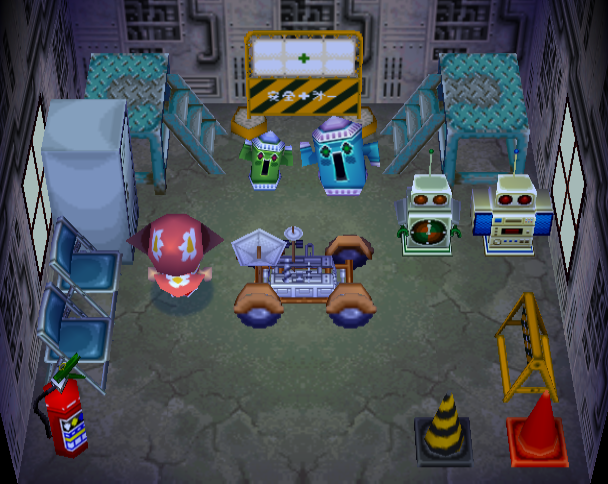 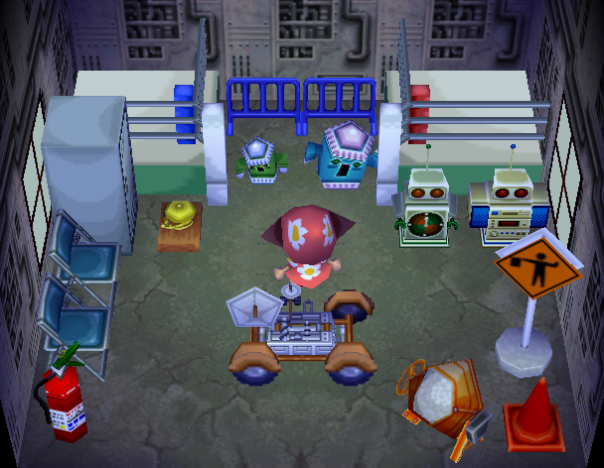 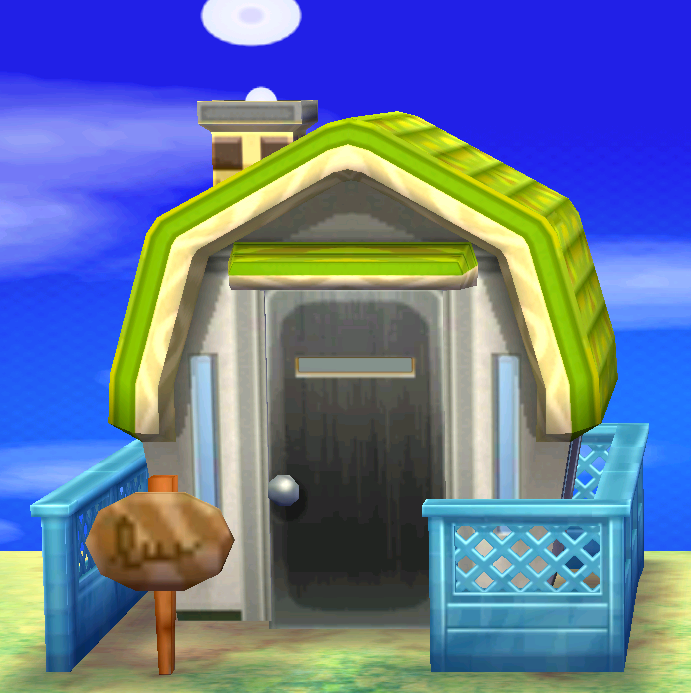 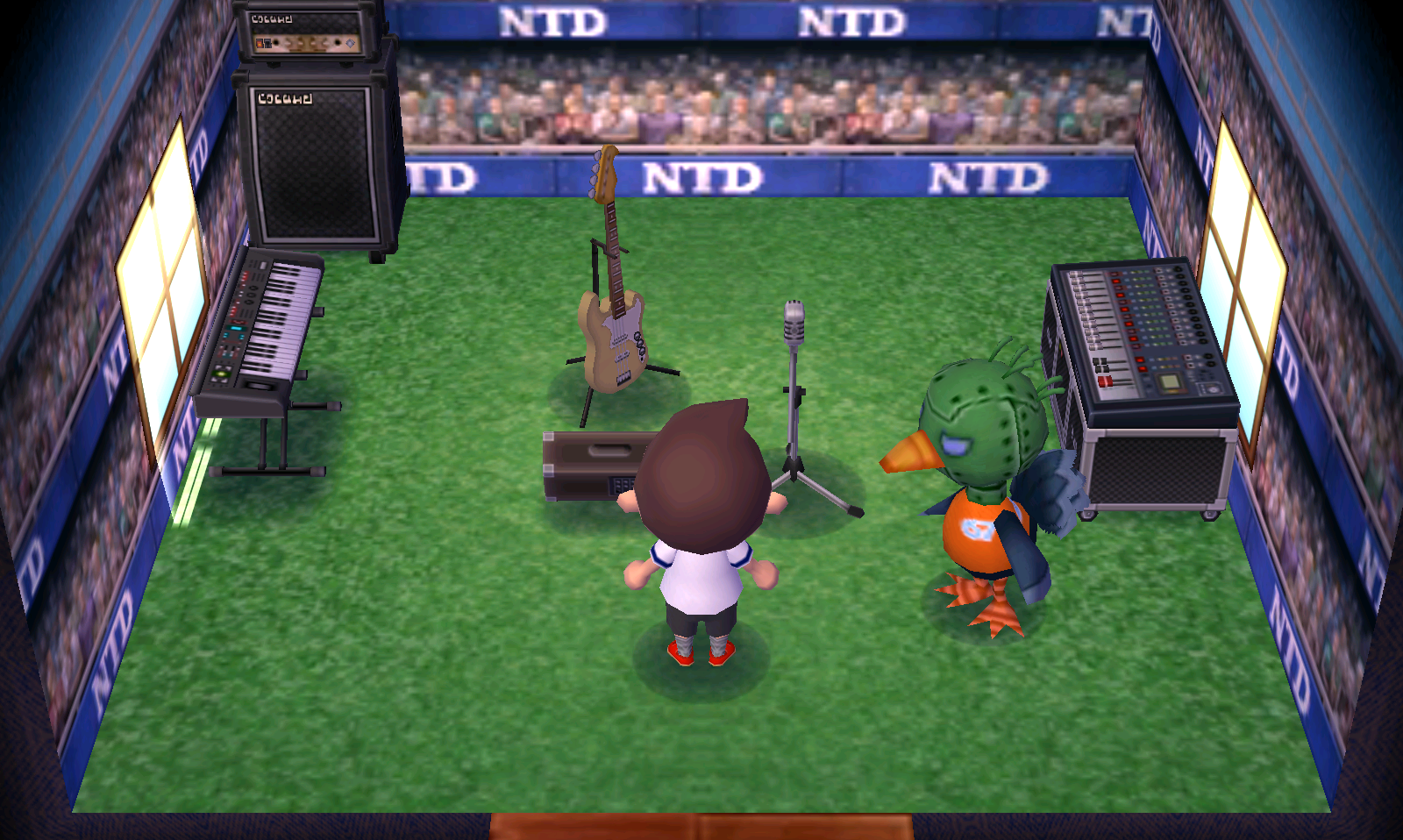 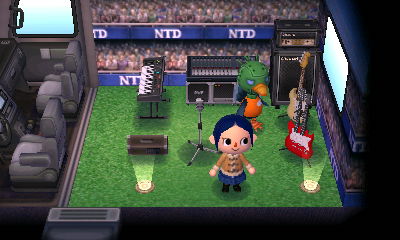 In Animal Crossing: New Horizons, if Sprocket is one of the starter villagers, his house will have craftable items primarily from the Wooden Series. He cannot have his initial house interior unless he moves out of the player's island or the Happy Home Paradise DLC is purchased, in which either the player or Isabelle can reset the interior. 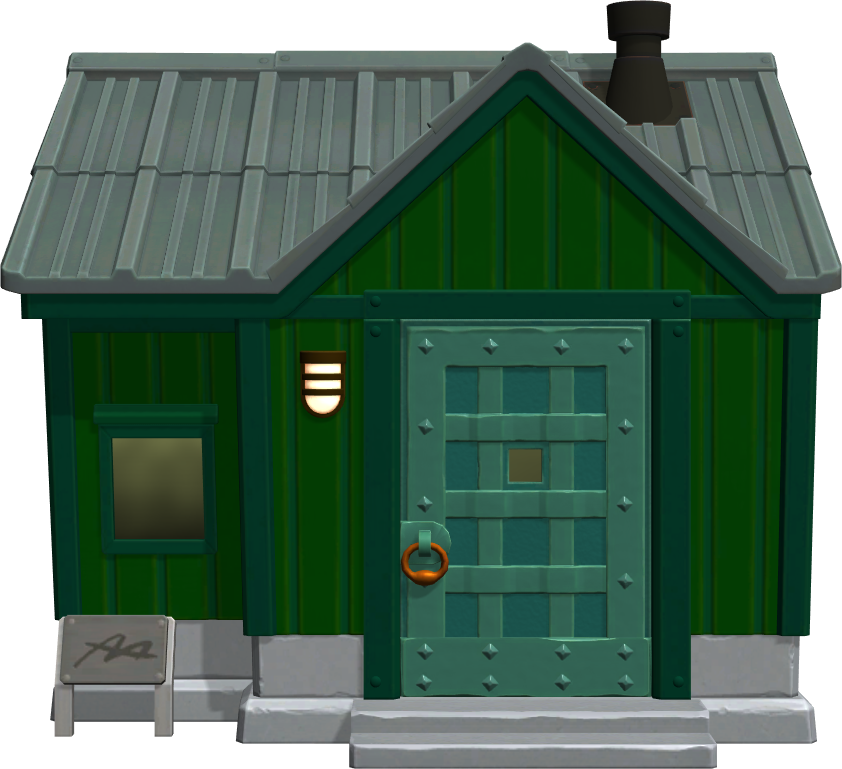 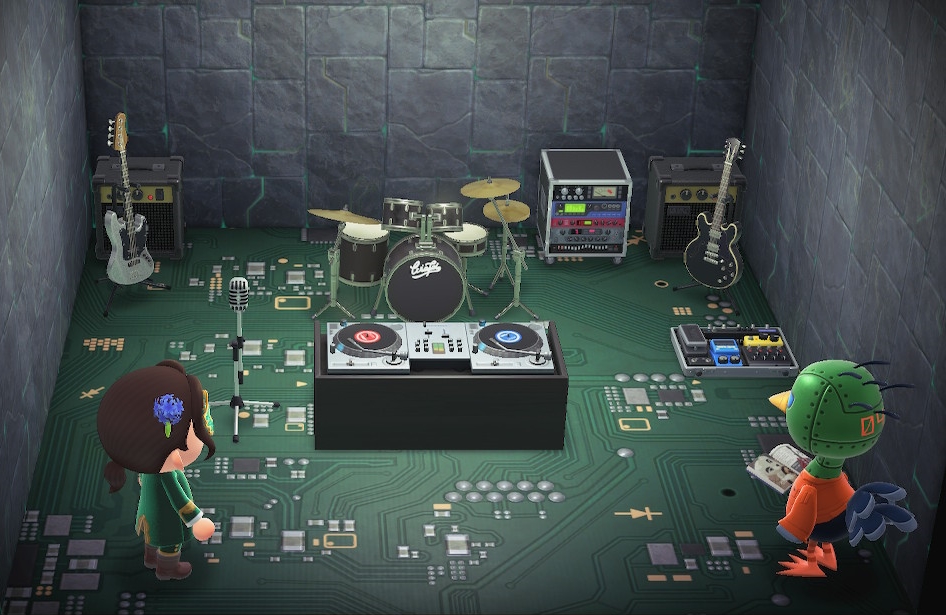 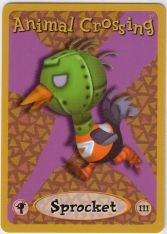 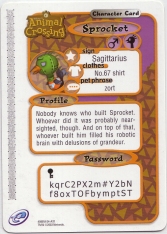