This article is about the koala villager. For the villager whose name is the same as this villager's German name, see Sunny.

Eugene is a smug koala villager who was introduced in Animal Crossing: New Leaf. His name is a reference to the eucalyptus plant, which koalas eat the leaves of. His Japanese name likely refers to his "rocky" style.

In New Horizons, Eugene has the music hobby and may sing anywhere without the need of a stereo.

Artwork of Eugene from New Leaf.

Eugene is a black koala wearing shades. His face and the insides of his ears are marked with a cream color, as well as the tips of his paws and feet. He has a large marigold-colored nose and a dark tan mouth, which is smiling in a smug fashion. When surprised, Eugene will display a grimace instead. If one were to alter Eugene's glasses in Animal Crossing: Happy Home Designer, Animal Crossing: Pocket Camp and Animal Crossing: New Horizons, or view him from a certain angle, the player can see that Eugene has small, dot-like eyes behind his glasses. Eugene resembles Elvis Presley.

Eugene has a mix of the other personalities. While he is generally polite, he can also be seen flirting with the player. In some cases, he can appear conceited. He can be overheard talking to female villagers about a love song he sang to them.

In Animal Crossing: New Leaf, Eugene cannot be one of the starting villagers in the player's town. 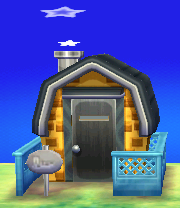 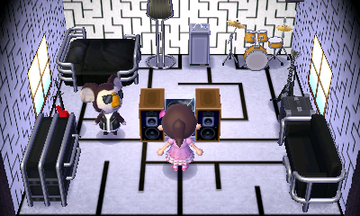 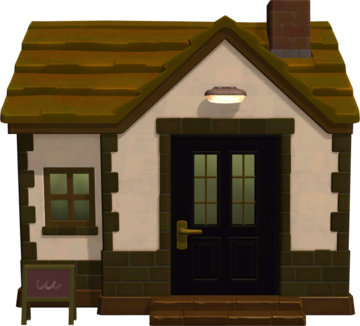 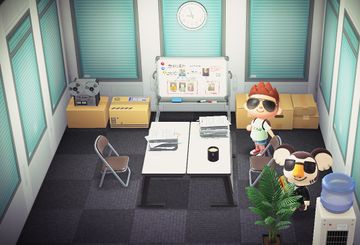 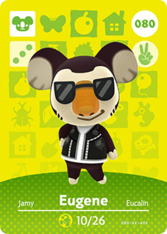