In New Horizons, Hippeux has the education hobby and can be seen wearing rimmed glasses, reading a novel while outside, and using a magnifying glass when near certain objects.

Artwork of Hippeux from Welcome amiibo.

Hippeux is a hippo with greenish yellow skin, turquoise hooves, a light yellow jaw, and blue eyes. The inside of his ears are pink, and he also has brown hair and eyebrows.

As a smug villager, Hippeux will appear light-hearted and polite towards the player. Occasionally, he will flirt with the player, regardless of their gender. He can also come off as egotistical and conceited sometimes, but he still is kind towards everyone. He enjoys the usual hobbies like fishing and bug catching, but he also has niche interests such as collecting bottle caps. He gets along with all villager personalities, but big sister villagers might be put off by Hippeux. He will go to sleep at 2:00 AM and wake up at 8:30 AM.

In Animal Crossing: New Leaf, Hippeux cannot be one of the starting villagers in the player's town. 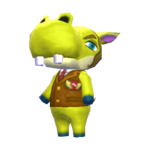 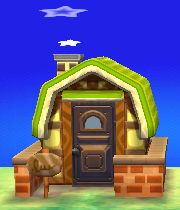 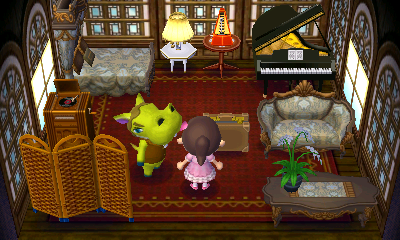 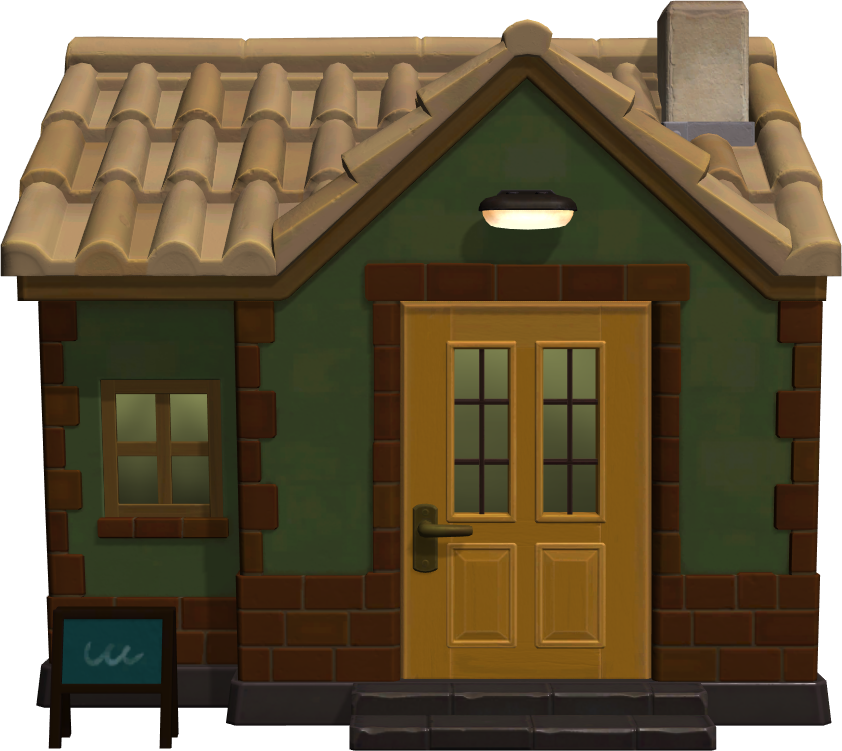 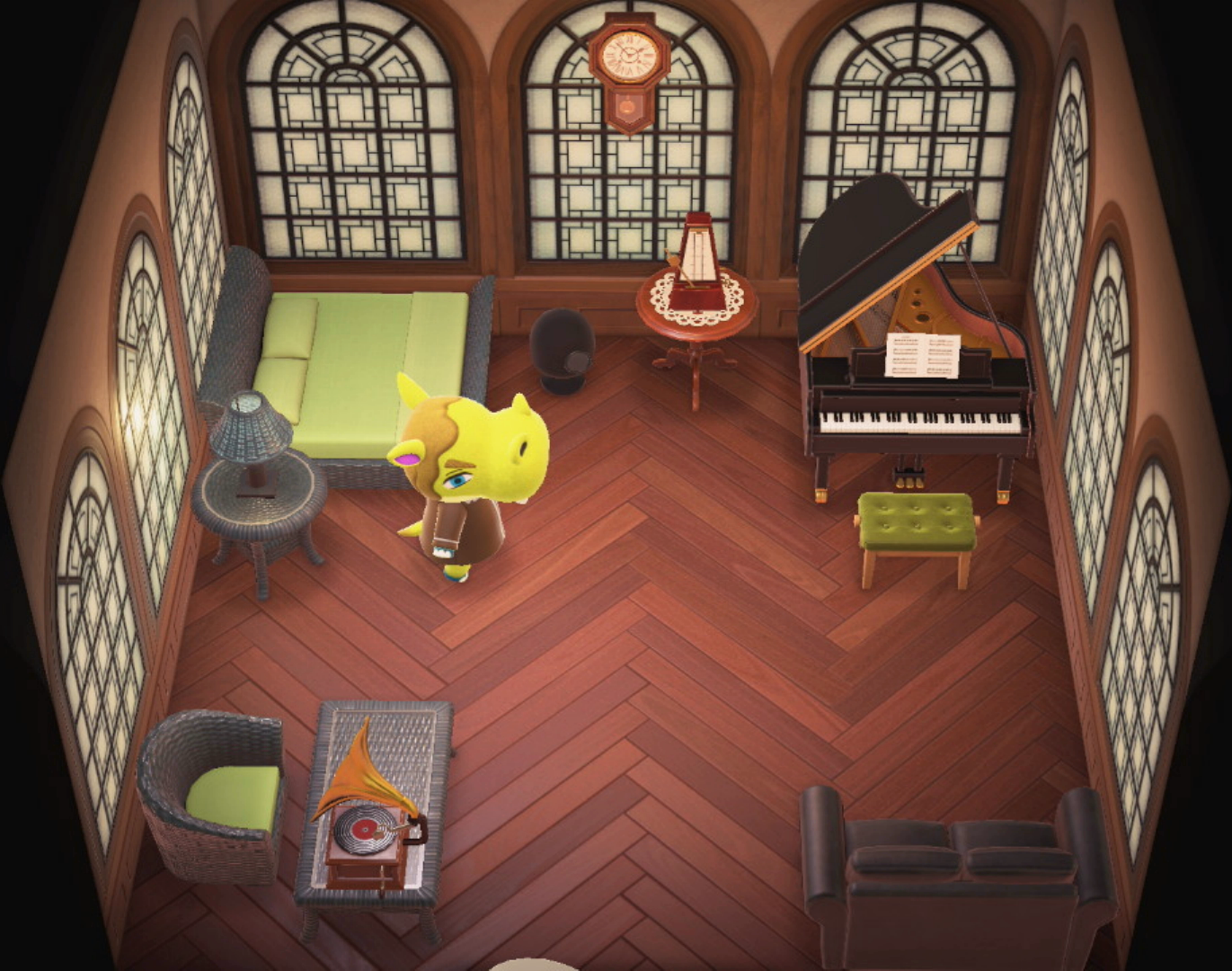 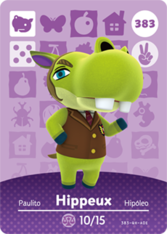