Monique is a snooty cat villager in the Animal Crossing series who appears in all games to date except Animal Crossing: Pocket Camp. Her catchphrase, "pffffft," usually signifies apathy or annoyance, which reflects her snooty personality.

In New Horizons, Monique has the fashion hobby and may be seen wearing a pink purse with a white flower on it, as well as a specific headwear or accessory item.

Artwork of Monique from Animal Crossing.

Monique's facial appearance bears a strong resemblance to Marilyn Monroe's, specifically to her portrayal in the pop art piece by Andy Warhol. She has blonde hair, wears red lipstick, and dons a beauty spot to the right side of her mouth (Marilyn's is on her left side, however); she also wears purple eyeshadow (although this isn't generally associated with Marilyn). As Monique is a cat, she has pointed ears and a swaying yellow-striped tail; she is covered in white fur.

Monique has a snooty personality, which means she will appear arrogant and snobbish towards the player and other villagers, but will appear friendly and nice in some discussions, provided they are mature and do not insult her lifestyle. She finds appearance important, and will get angry or upset if someone criticizes her sense of style or fitness, which means a conversation between her and a villager with a jock personality may leave either one upset or angry. Her attitude towards the player changes, as she begins to warm up to them, but she will still retain some arrogance and subtle rudeness. She may not get on with lazy villagers, due to their lifestyles - lazy villagers having a strong interest in food or relaxing of which will make her uncomfortable, angry, and upset when in conversation. She will upset peppy villagers, usually by gossiping about them, and finding small things to judge them on. She will get along well with normal, cranky, and other snooty villagers. If she gets sick, she will refer to the player as her "only friend." 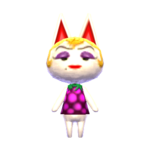 Monique's house prior to Animal Crossing: Wild World contains a Plum Kimono, an item that is normally unobtainable. 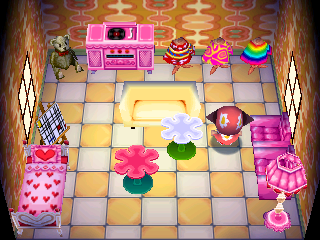 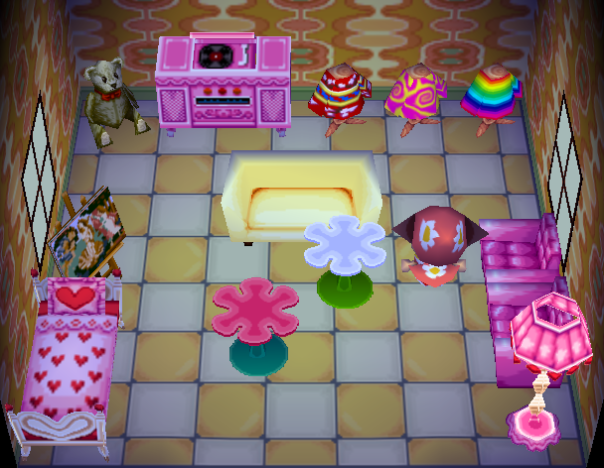 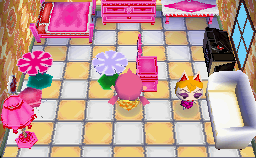 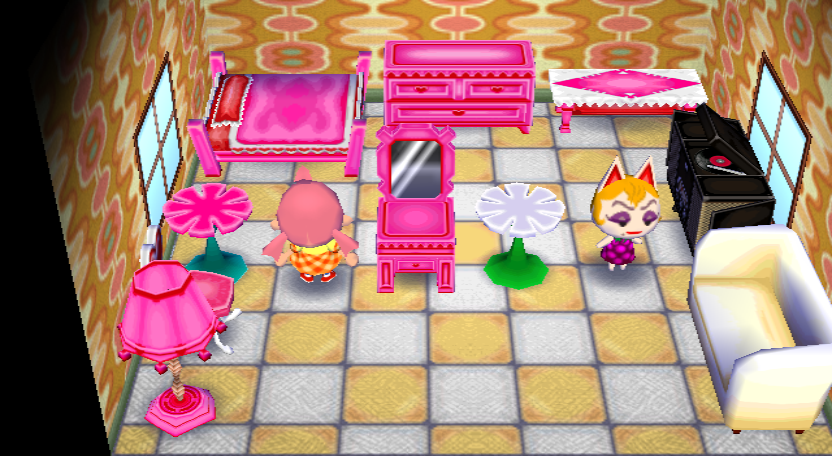 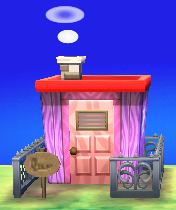 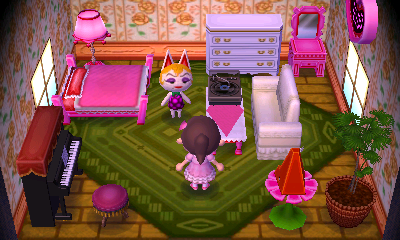 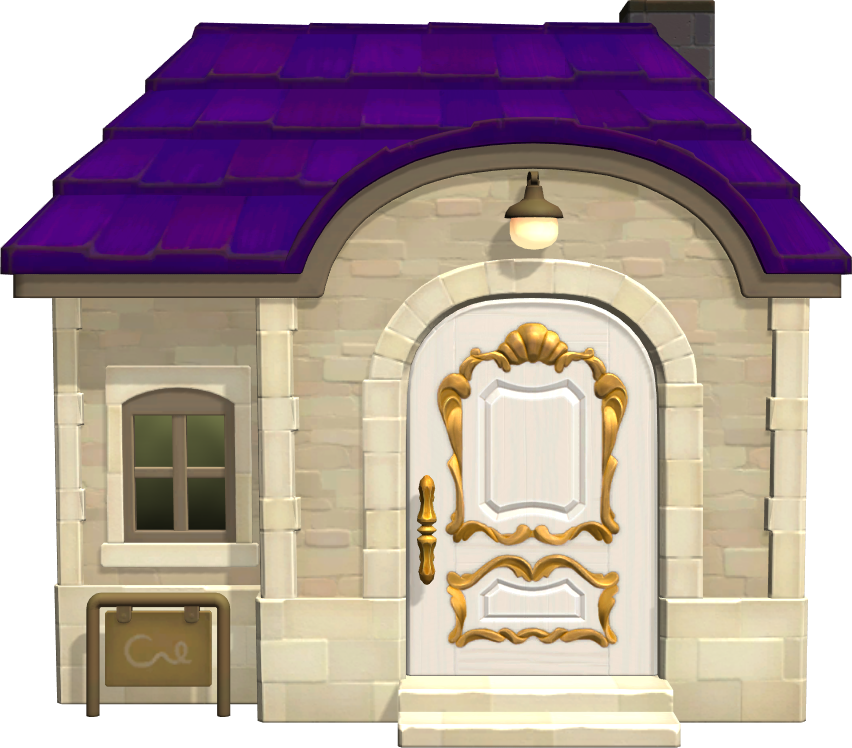 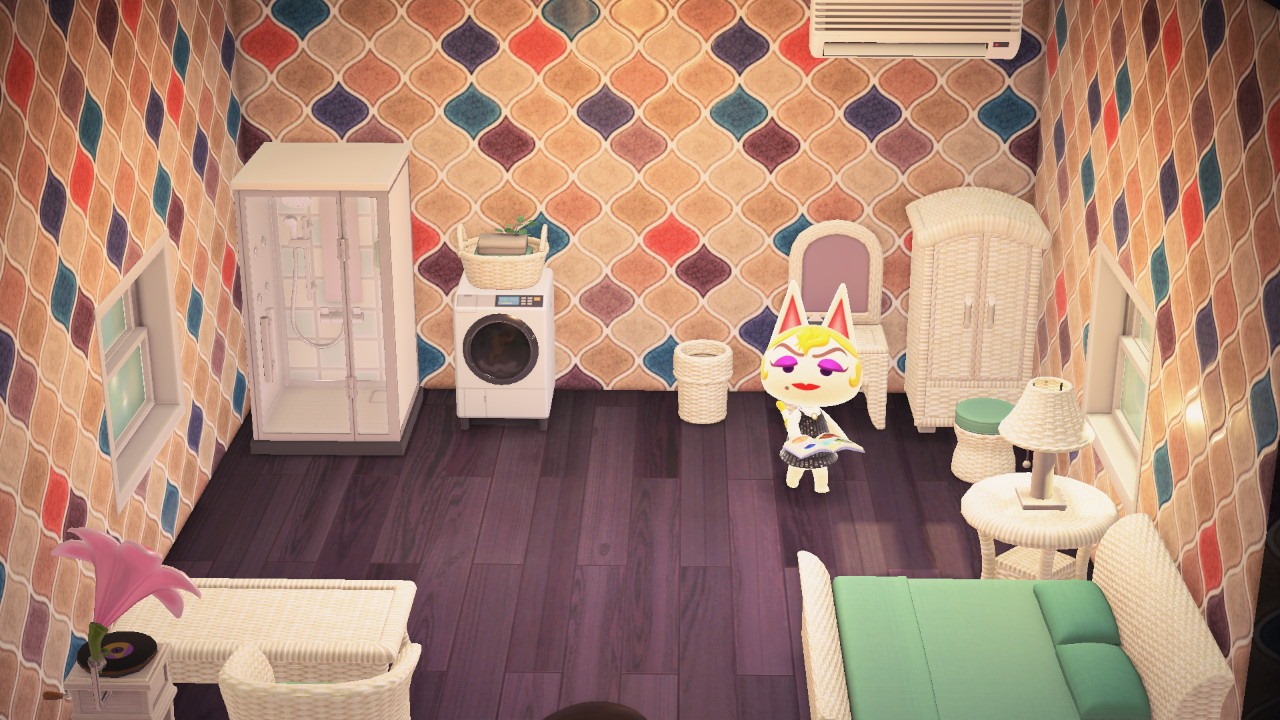 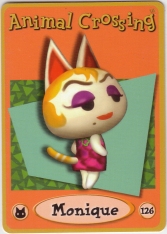 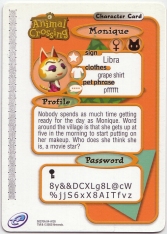 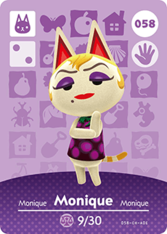