This article is about the rhinoceros villager. For the chicken villager with a similar name, see Rhoda.

In New Horizons, Rhonda has the music hobby and may sing anywhere without the need of a stereo.

Artwork of Rhonda from Wild World.

Rhonda is a white rhinoceros with a cream-colored horn on top of her nose. The insides of her ears are pink, her hooves are gray, and her tail ends in a lavender tuft of hair tipped with a darker purple. She has bluish purple hair, pink cheek blush, and blue eyes with purple eyeshadow and defined purple lashes.

In artwork for Animal Crossing: City Folk, Rhonda has two horns like all other rhinoceroses; however, in-game, she uniquely only has one horn.

Like most normal villagers, Rhonda loves to garden and can usually be seen wandering around the town with a watering can. She may also ask the player to hunt down a few shirts for her and ask for a few favors, again, like most normal villagers. She has a hygiene trait like normal and peppy villagers do. She is always mentioning Ms. Nintendique and sometimes claims to be the covergirl. She also enjoys reading and talking about books. She gets along with peppy, big sister, and jock villagers, and generally gets along with lazy villagers, who may, however, end up upsetting her by subtly suggesting she make food for them. She may be upset by cranky or snooty villagers, who tend to spread rumors.

In Animal Crossing: Wild World, Rhonda cannot be one of the starting villagers in the player's town. 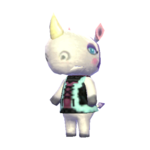 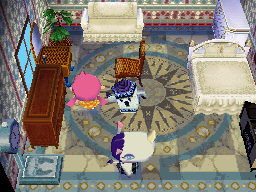 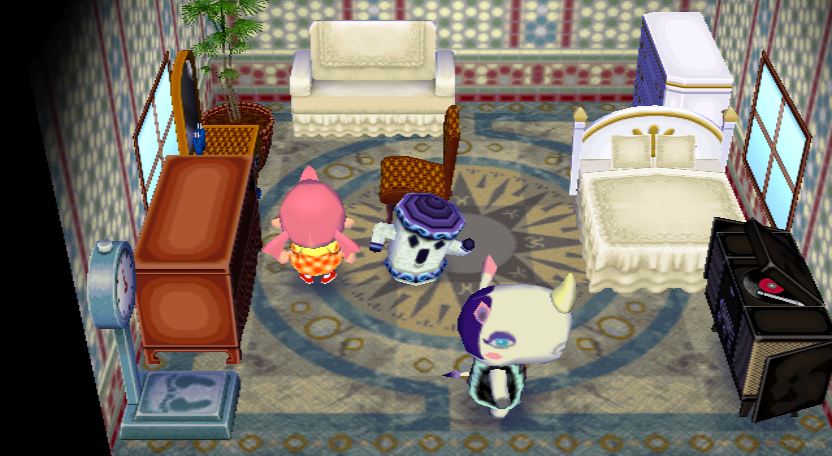 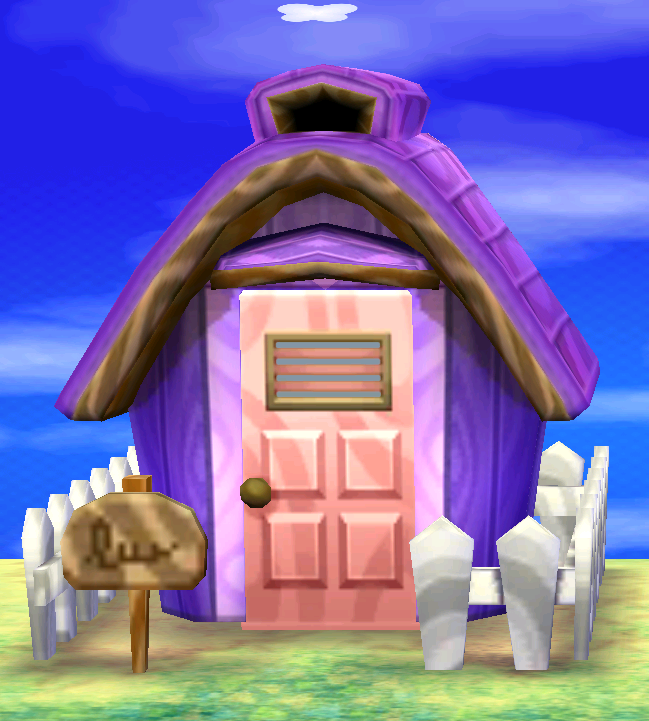 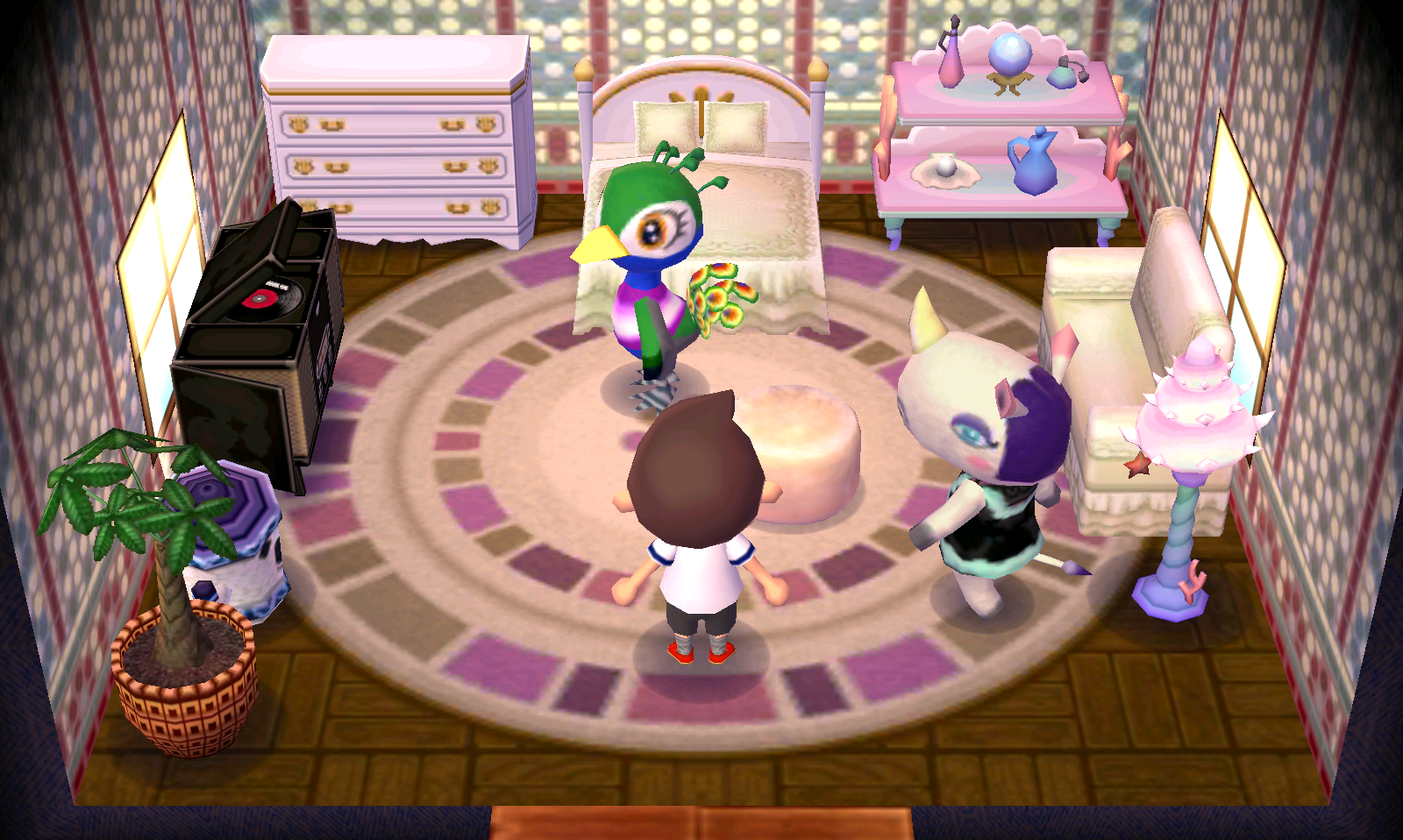 In Animal Crossing: New Horizons, if Rhonda is one of the villagers who moved in during the main storyline after the villager house development quest, her house will have a combination of non-craftable furniture, plus items crafted by players during the island development storyline, primarily from the Wooden Series. She cannot have her initial house interior unless she moves out of the player's island or the Happy Home Paradise DLC is purchased, in which either the player or Isabelle can reset the interior. 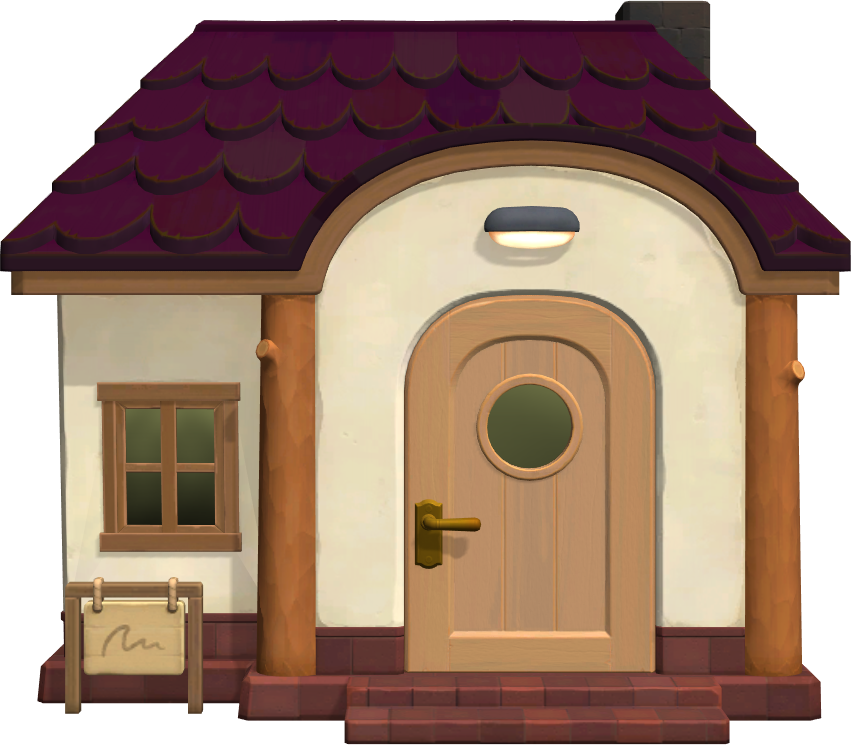 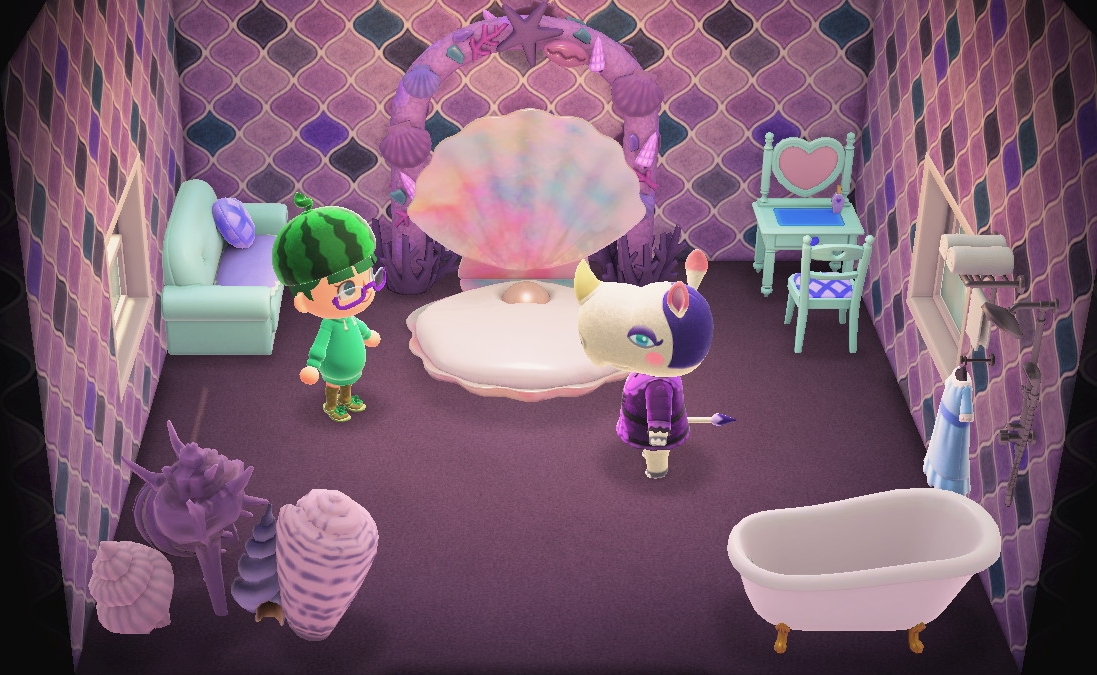 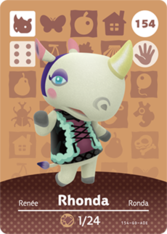