Nan is a normal goat villager in the Animal Crossing series. She first appeared in Doubutsu no Mori e+ and has appeared in all subsequent games. Her name may come from nanny, another word for a female goat, and her catchphrase may relate to a baby goat, which is called a kid.

In New Horizons, Nan has the nature hobby and may be found reading a book pertaining to an item she is studying, which can be either flowers, bugs, fish, or fossils.

Nan in Doubutsu no Mori e+.

Nan is a black goat with pale freckles on her cheek. She has pink inside her ears and orange and yellow-striped horns on her head. Her hooves are tipped pink, the same color as the inside of her ears.

Nan is a normal villager. Nan will sometimes become very interested in clothes after staying for a while. She is sweet to players and is usually in a good mood, but if the player does not go to their house on time when they invite Nan over in Wild World, she will be angry with them. Like Chevre, Nan is ever so friendly; when the player feels down, she usually helps them back up again.

In Doubutsu no Mori e+, Nan can only move to the player's town if her e-Reader card is scanned. 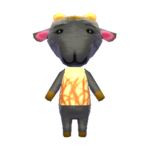 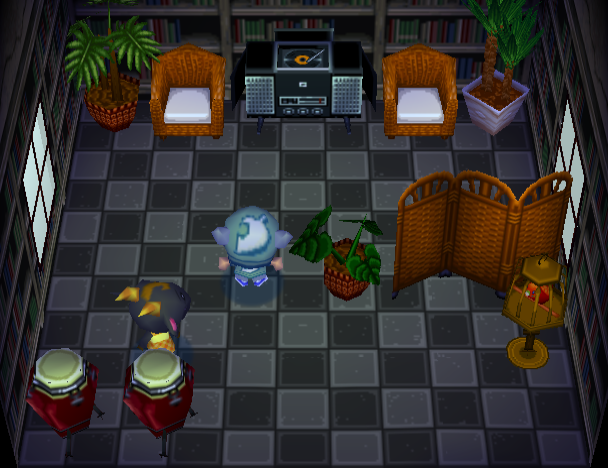 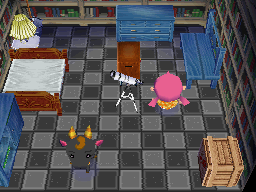 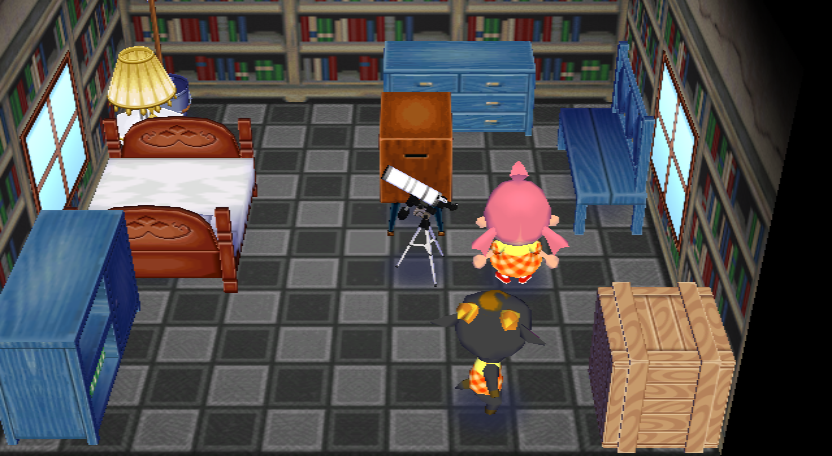 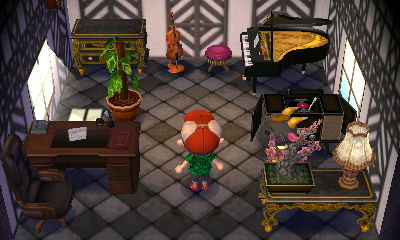 In Animal Crossing: New Horizons, if Nan is one of the villagers who moved in during the main storyline after the villager house development quest, her house will have a combination of non-craftable furniture, plus items crafted by players during the island development storyline, primarily from the Wooden Series. She cannot have her initial house interior unless she moves out of the player's island or the Happy Home Paradise DLC is purchased, in which either the player or Isabelle can reset the interior. 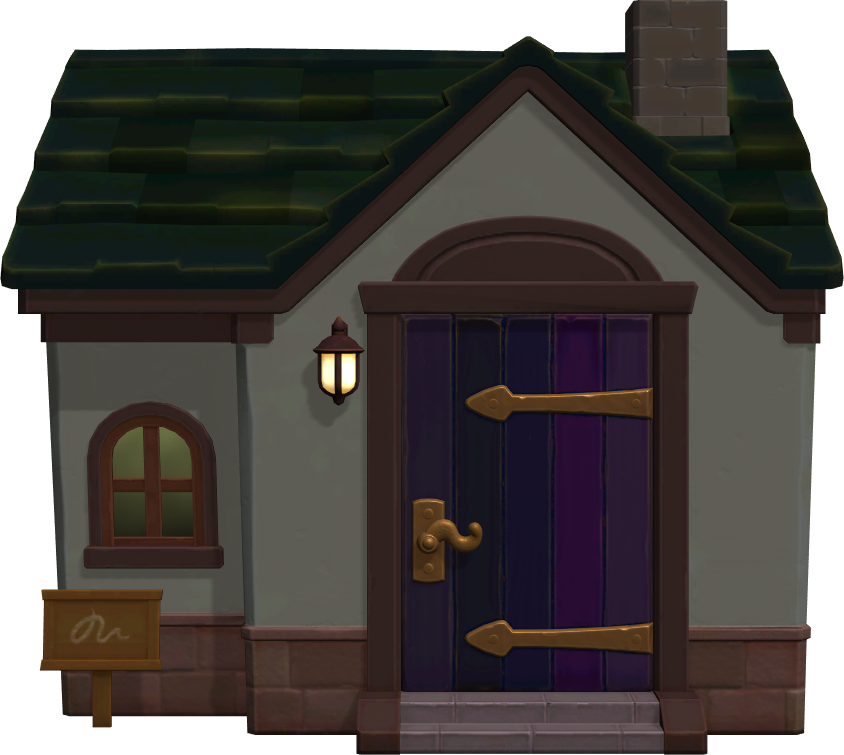 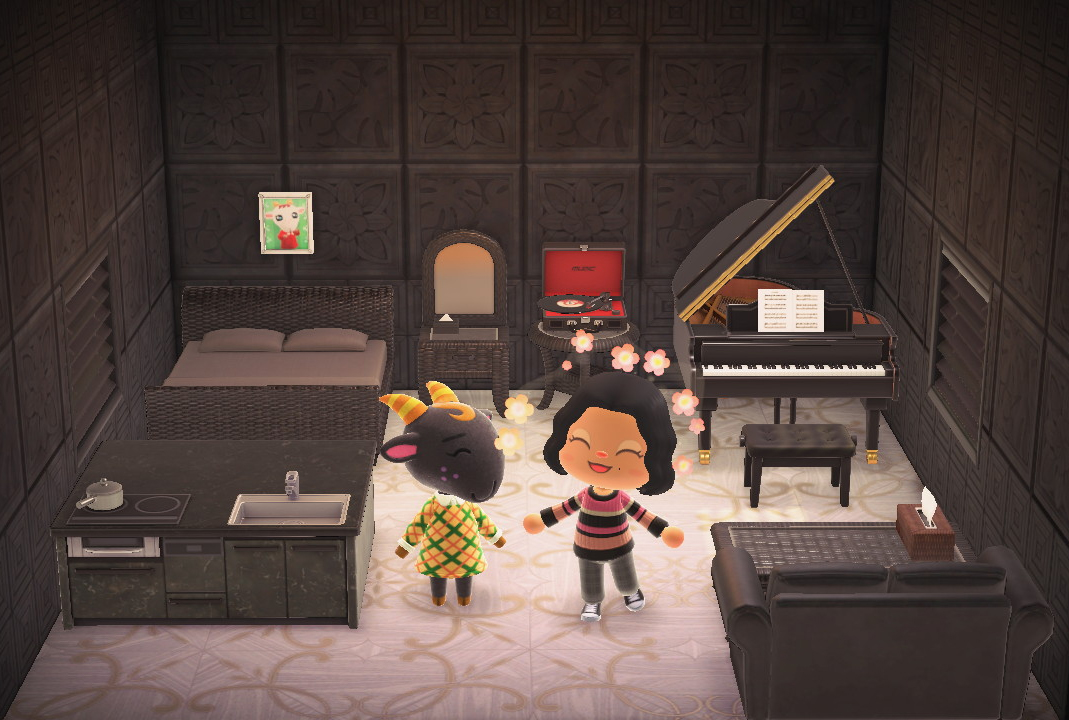 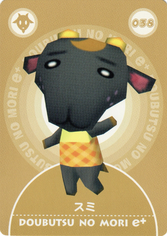 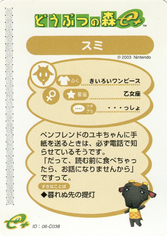 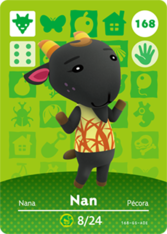