Fauna is a normal deer villager in the Animal Crossing series. She first appeared in Animal Crossing: New Leaf and has appeared in all subsequent games. Her name comes from fauna, meaning the animal life of a specific region, though it may also be a pun on fawn, a young deer.

In New Horizons, Fauna has the nature hobby and may be found reading a book pertaining to an item she is studying, which can be either flowers, bugs, fish, or fossils.

Artwork of Fauna from New Leaf.

Fauna is a brown deer with orange accents on her face and limbs. She has red spots for her cheeks, and bright-pink coloring on the insides of her ears. She has multiple light-brown spots on the back of her head. Her hooves are yellow as well.

Fauna has a normal personality, so she will act shy, but caring toward the player. She will get along well with villagers of any personality type. She will have hygiene concerns, represented when the player visits her house, and she will state her embarrassment at the supposedly unclean appearance of her home. She will mention her interest in reading and the various books she reads. She also will enjoy writing and receiving letters.

Fauna was one of the first new villagers announced to appear in Animal Crossing: New Leaf.[citation needed] 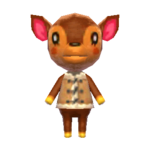 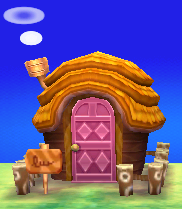 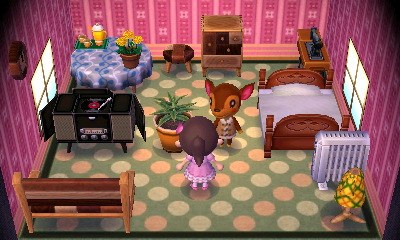 In Animal Crossing: New Horizons, if Fauna is one of the villagers who moved in during the main storyline after the villager house development quest, her house will have a combination of non-craftable furniture, plus items crafted by players during the island development storyline, primarily from the Wooden Series. She cannot have her initial house interior unless she moves out of the player's island or the Happy Home Paradise DLC is purchased, in which either the player or Isabelle can reset the interior. 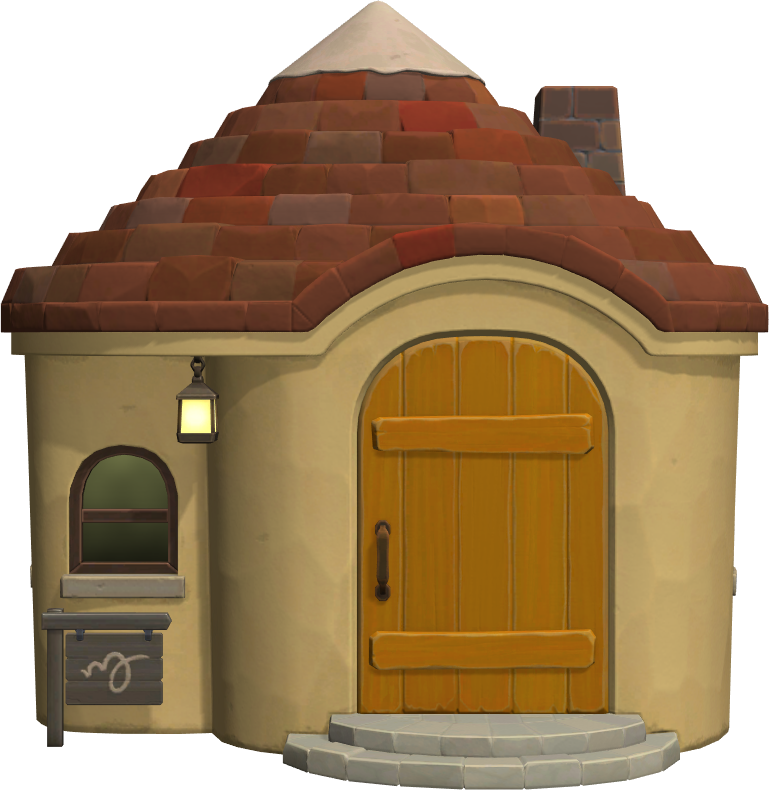 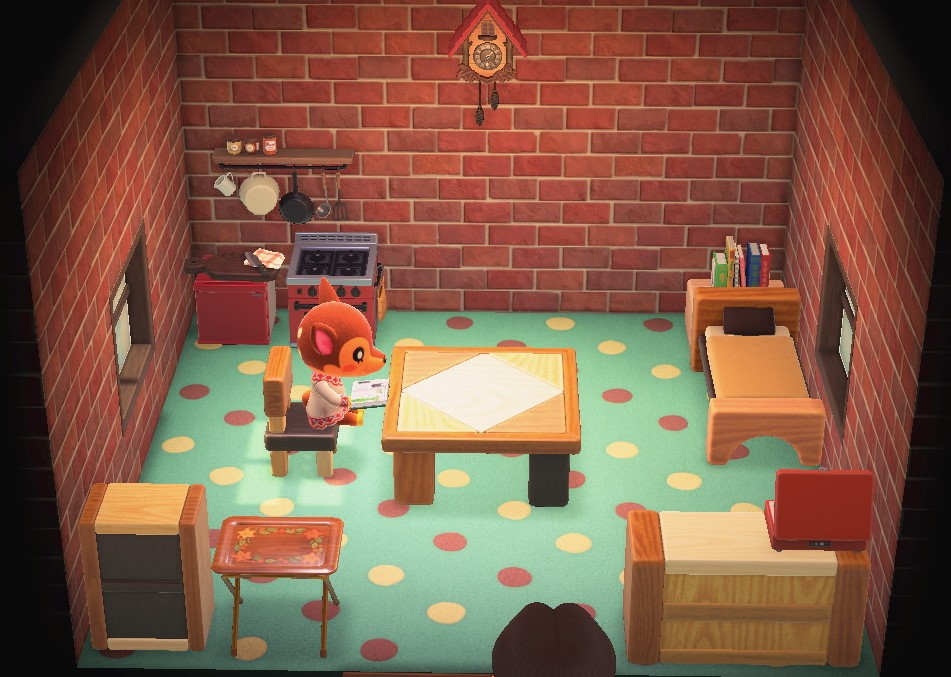 Fauna is one of the 40 villagers in Animal Crossing: Pocket Camp who have been in the game since its release.

Fauna is one of the three possible villagers, along with Goldie and Marshal, that can appear in the "Animal Crossing: New Leaf" minigame in WarioWare: Get It Together!. 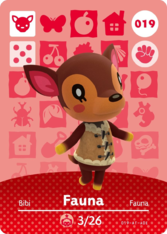