This article is about the elephant villager. For the kangaroo villager with a similar name, see Marcie.

Margie is a normal elephant villager in the Animal Crossing series. She first appeared in Doubutsu no Mori e+ and has appeared in all subsequent games. She also appears as a major character in 🎬 Gekijōban Doubutsu no Mori, where she is an aspiring fashion designer and best friends with Ai. Her catchphrase, "tootie," is derived from an onomatopoeia for an elephant trumpeting.

In New Horizons, Margie has the education hobby and can be seen wearing rimmed glasses, reading a novel while outside, and using a magnifying glass when near certain objects.

Margie in Doubutsu no Mori e+.

Margie is a white elephant with yellow hands and feet. She has yellow and orange hair, and also on the tip of her ears. She has pink blush on her cheeks and blue eyes. She resembles a parade/carnival elephant because of her colorful headdress. Her mouth appears to be on the side of her head.

Margie has a normal personality, so she is nice most of the time. She will often comment on the tidiness of her house and her clothes. Margie rarely gets upset but can be very kind. She worries about nothing other than hygiene and tidiness. Margie loves clothes shopping; she may ask for the player to get certain clothes for her, for a small reward. She also enjoys fossil hunting.

In Doubutsu no Mori e+, Margie can only move to the player's town if her e-Reader card is scanned. 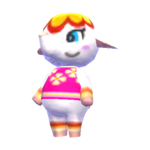 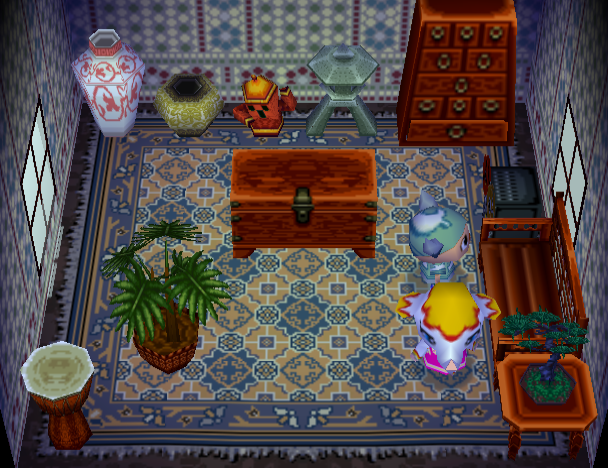 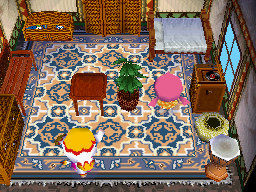 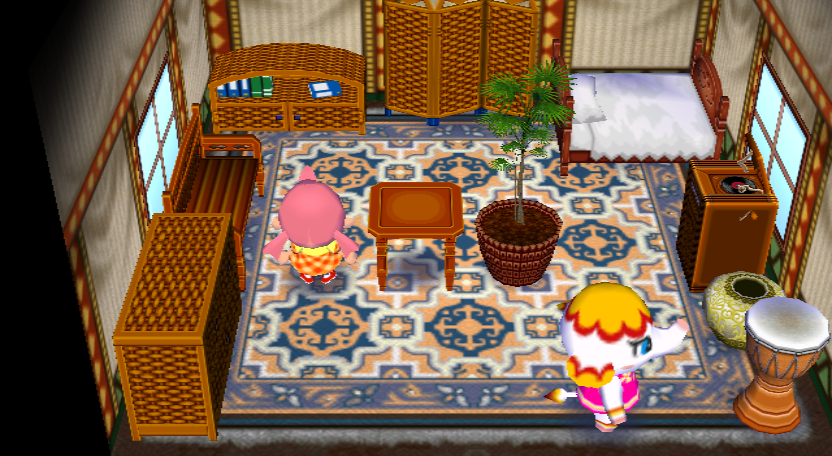 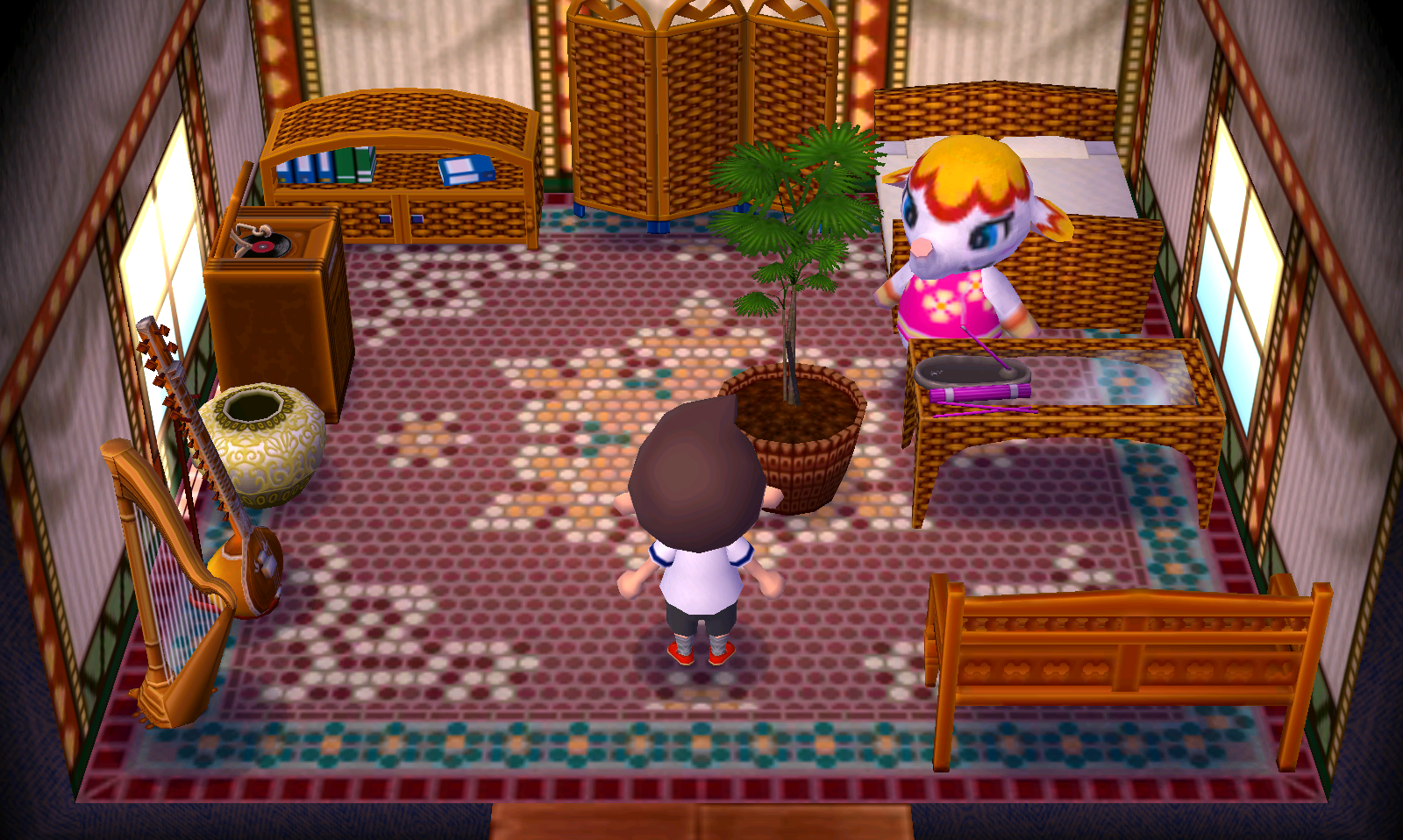 In Animal Crossing: New Horizons, if Margie is one of the villagers who moved in during the main storyline after the villager house development quest, her house will have a combination of non-craftable furniture, plus items crafted by players during the island development storyline, primarily from the Wooden Series. She cannot have her initial house interior unless she moves out of the player's island or the Happy Home Paradise DLC is purchased, in which either the player or Isabelle can reset the interior. 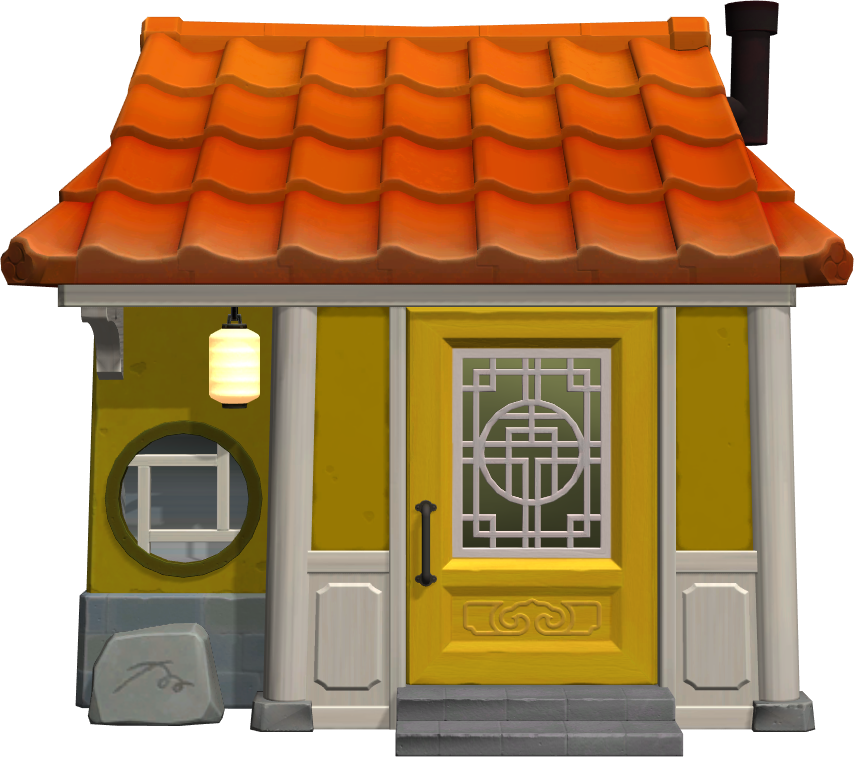 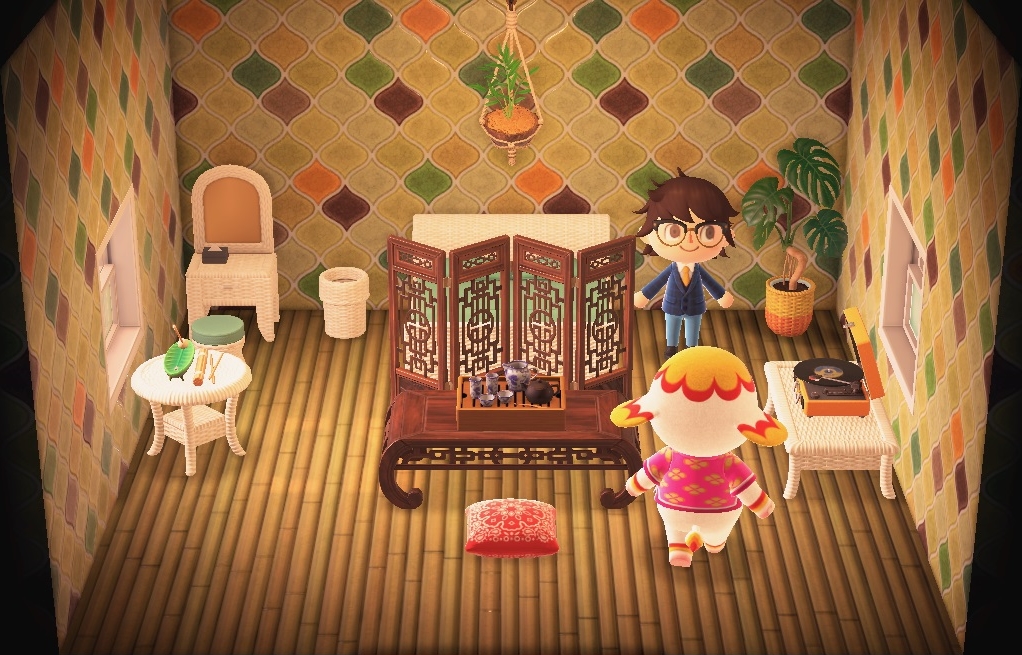 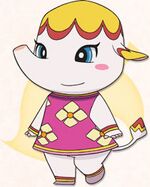 Artwork of Margie from Gekijōban Doubutsu no Mori

"Becoming a designer is my dream. I hope one day, people all over the world will be able to wear Margie original creations."
— Margie, 🎬 Gekijōban Doubutsu no Mori

Margie appears in 🎬 Gekijōban Doubutsu no Mori as a friend of Ai and dreams about becoming a fashion designer. She later moves away to pursue that dream. She also requests for K.K. Slider to play "K.K. Bossa" at the Fireworks Festival.

In Animal Crossing: Happy Home Designer, Margie's client's vision and unlock items are a reference to her appearance in 🎬 Gekijōban Doubutsu no Mori. The clothing-related items represent her dream of being a fashion designer, while the cherry-related items represent the "cherry pie" she compares to her dream. "K.K. Bossa," the song she requests to K.K. Slider, is her default music. 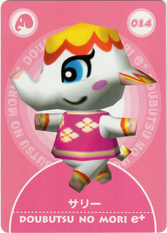 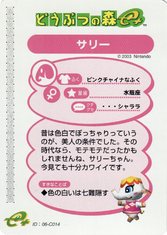 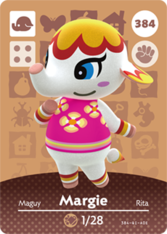