Apollo is a cranky eagle villager in the Animal Crossing series who appears in all games to date as well as in 🎬 Gekijōban Doubutsu no Mori. His name may be a reference to the Apollo space program by NASA in the United States, as his species is the national bird of the U.S., and his birthday, July 4, is Independence Day in the U.S.

In New Horizons, Apollo has the music hobby and may sing anywhere without the need of a stereo.

Artwork of Apollo from Animal Crossing.

Apollo is an eagle who resembles a bald eagle. He has dark gray body feathers and white head feathers. He has a yellow beak and feet with white claws at the end of them.

As a cranky villager, Apollo will appear mature compared to other personality types. This will make him appear belittling and insensitive to other villagers, including the player. Despite this, he will learn to confide in the player, considering them his only friend. He will enjoy the usual hobbies, but for relaxation and peace than competition. He will find it difficult to socialize with peppy villagers, who he will criticize when talking to other villagers. He will get along with normal and snooty villagers, as well as other cranky villagers, who he will share deeper conversations with, and will also admire lazy villagers for their lifestyle. He will, on occasion, annoy a normal villager, usually when being mean about something or someone.

I'm not bald! I've just got fine feathers, that's all! 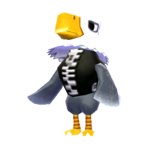 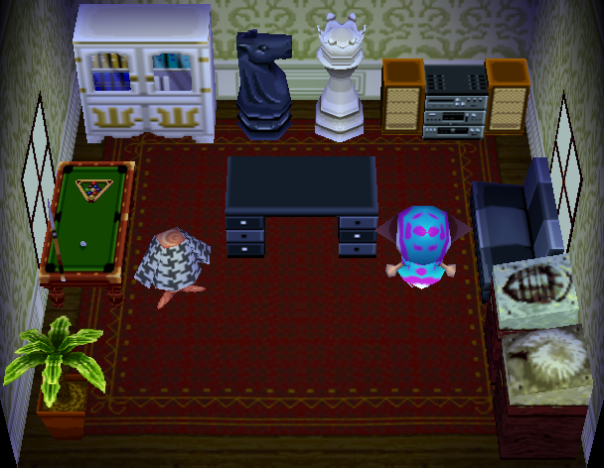 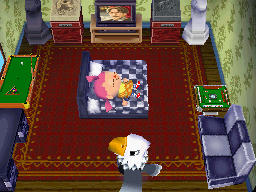 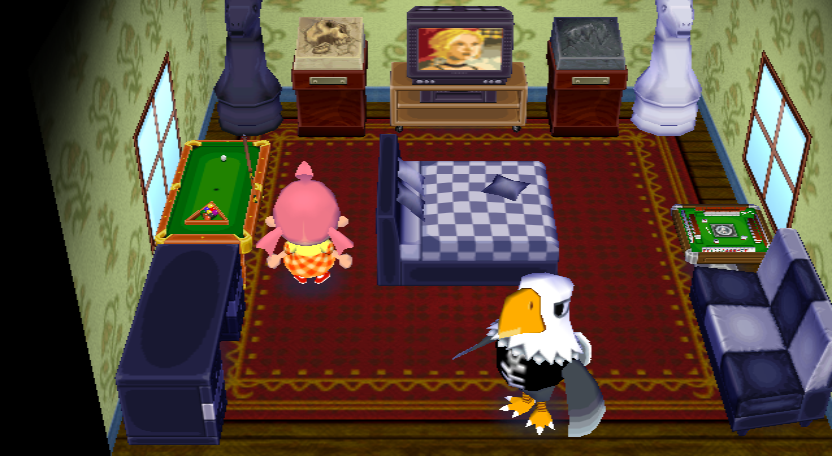 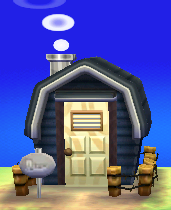 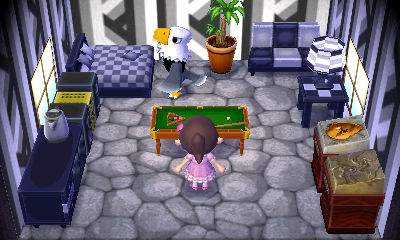 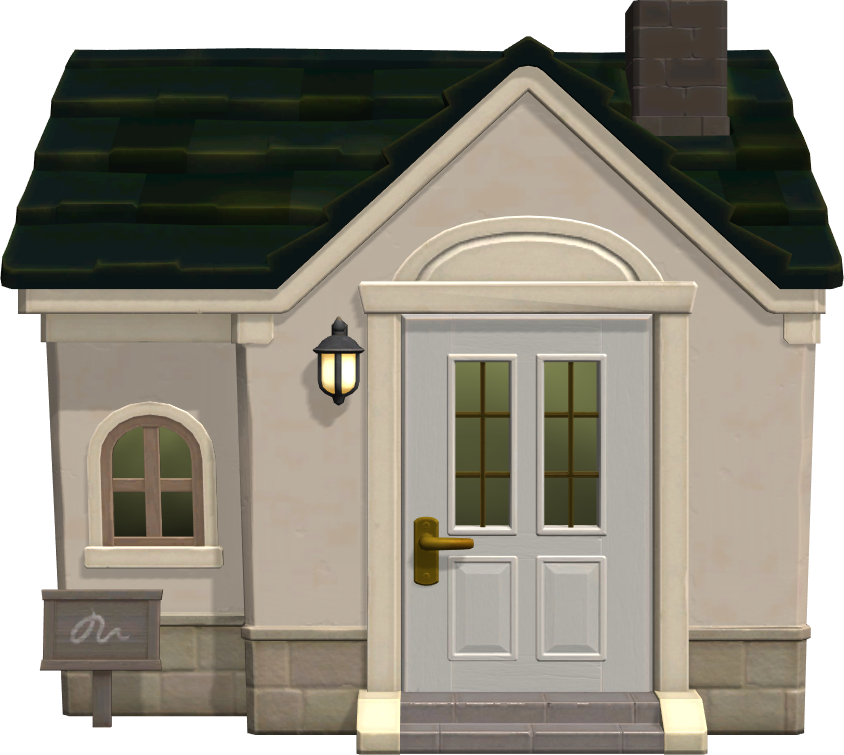 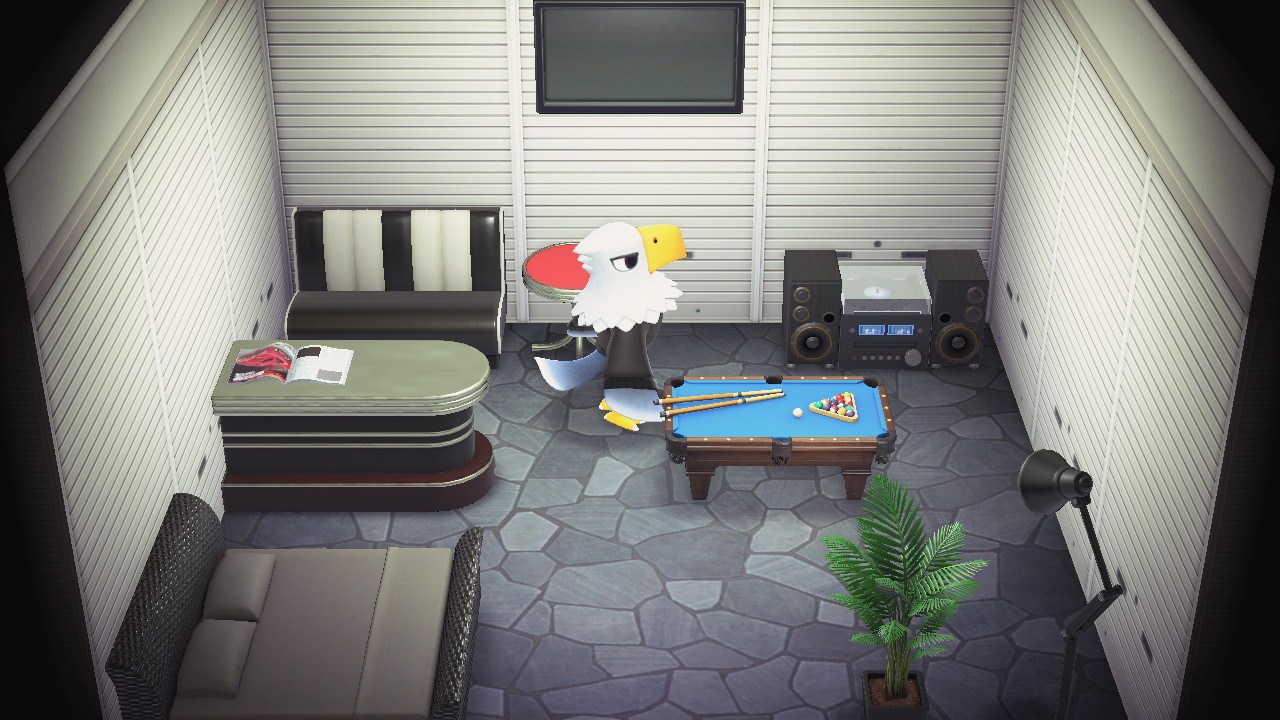 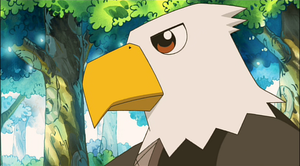 Apollo in Gekijōban Doubutsu no Mori

Apollo appears in 🎬 Gekijōban Doubutsu no Mori as a resident of Animal Village, where he retains his cranky personality from the games, being more mature than the other villagers and wanting to keep to himself. During Ai's part-time job, she is tasked with a delivery to Apollo, and she meets him at The Roost. It is rumored by the other villagers that Apollo and Whitney were a couple. It is implied in the film's credits sequence that the two reconciled, as a bouquet of blue roses—the same that grow outside Apollo's house—are left on Whitney's doorstep.

Apollo's design in Gekijōban Doubutsu no Mori slightly differs from the games, with his eyes being brown and the tips of his wings being designed like fingers. He also wears a unique shirt that is different from the zipper shirt he wears in the games.

"Get out there and see the world, kiddo. Traveling keeps you young and invigorated!"
— A Note from Apollo, Animal Crossing: Pocket Camp

Apollo is one of the 40 villagers in Animal Crossing: Pocket Camp who have been in the game since its release. He can be the first campsite visitor, if the player likes the Cool theme. 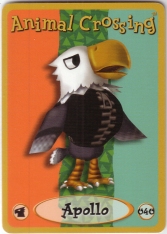 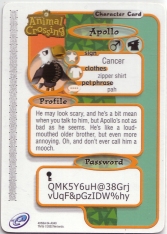 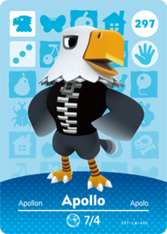