For the villager whose Korean name is Kyle, see Prince.

Kyle is a smug wolf villager in the Animal Crossing series. He first appeared in Animal Crossing: New Leaf and has appeared in all subsequent games. Kyle bears a resemblance to a lycaon, also known as the African wild dog; it is likely the origin of his namesake, since Kyle pronounced in reverse is short for lycaon. As of Animal Crossing: New Horizons, he is the only male wolf that does not have the cranky personality.

In New Horizons, Kyle has the music hobby and may sing anywhere without the need of a stereo.

Artwork of Kyle from Welcome amiibo.

Kyle is a light brown wolf with dark brown accents in areas such as around his snout. He has pink ears and purple eyelids that cover half of his eyes. His appearance is based on an African wild dog, a species of canine similar to wolves. His fur coloring gives him a passing resemblance to Vivian, a snooty wolf villager.

Kyle has the smug personality, meaning he is very confident and owns many musical instruments. Kyle also wears rock 'n' roll clothing, and talks about whether he has a rock 'n' roll type of personality. Kyle gets along easily with other villagers and with the player. He enjoys dancing and fishing. Sometimes Kyle will mention if he has talked to the player many times in a day. Since he has the smug personality type, he cannot be obtained as a starter villager and therefore must move in to the town.

In Animal Crossing: New Leaf, Kyle cannot be one of the starting villagers in the player's town. 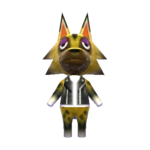 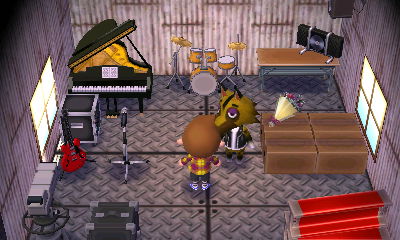 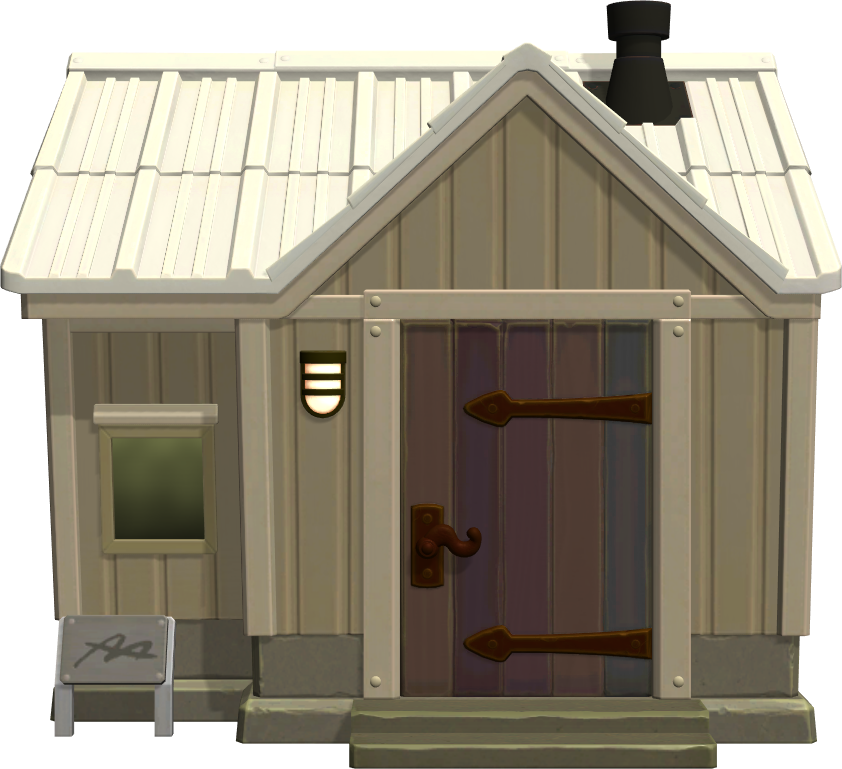 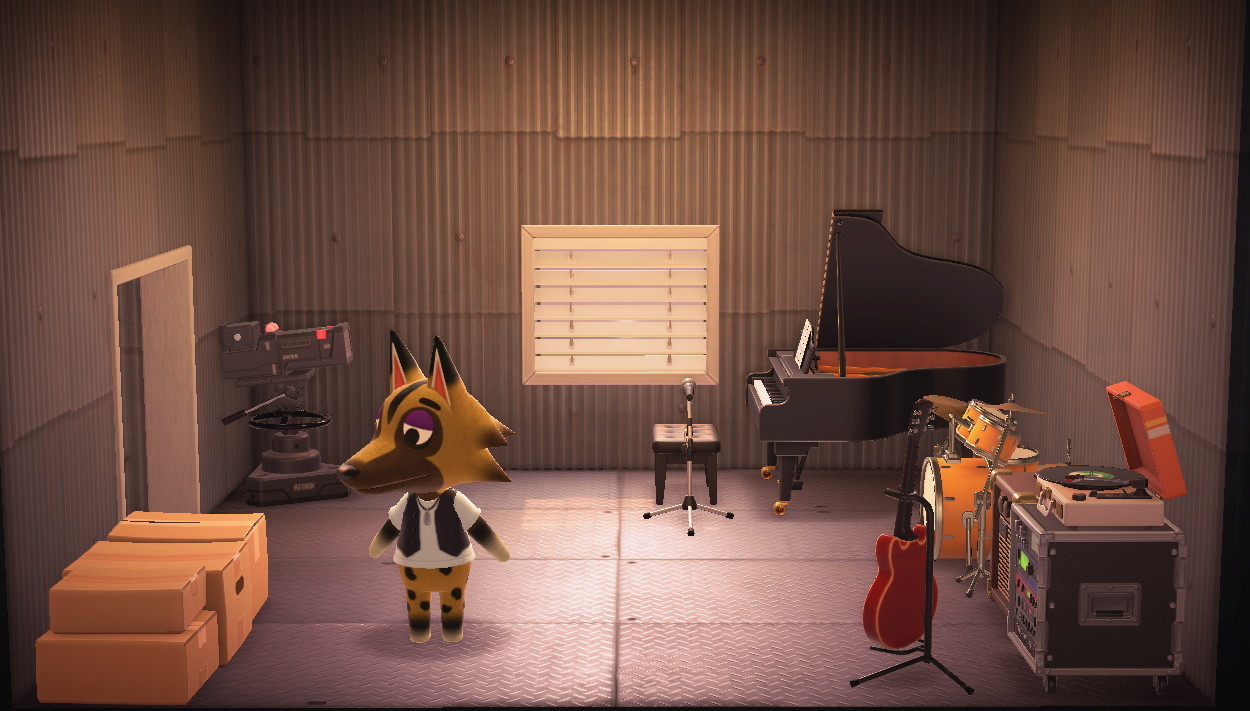 Kyle is one of the 40 villagers in Animal Crossing: Pocket Camp who have been in the game since its release. 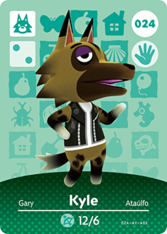