Roscoe is a cranky horse villager in the Animal Crossing series. He first appeared in Doubutsu no Mori e+ and has appeared in all subsequent games. He is the only cranky horse in the series. He may be named after the award-winning jockey, Roscoe Goose, and his catchphrase may be a pun on neigh.

In New Horizons, Roscoe has the music hobby and may sing anywhere without the need of a stereo.

Roscoe in Doubutsu no Mori e+.

Roscoe is a black horse with a dark gray mane. He has red eyes with small black pupils, and his white sclera turns turns yellow when he is angry. He is based on a stereotypical "dark horse." His default checkered outfit and home interior in games prior to Animal Crossing: New Horizons indicate that he is likely based on the knight chess piece.

Roscoe is a cranky villager, and will appear more mature compared to other male personality types. This will make him come off as rude and belittling when talking to other villagers, including the player. Despite this, he will learn to confide in the player, considering them his only friend. He will enjoy the usual hobbies; not for competition, but for relaxing and peaceful reasons of calm and tranquility. He will find it difficult to socialize with peppy villagers, who he will appear rude behind their backs to. In New Leaf, he may also find it difficult to get along with both smug and big sister villagers, because they will say he's starting rumors about them. He will get along with snooty villagers, as well as other cranky villagers, who he will share deeper conversations with. He will, on occasion, annoy a normal villager, usually when being mean about something or someone. When he is sick, he will insult the illness.

In Doubutsu no Mori e+, Roscoe can only move to the player's town if his e-Reader card is scanned.

In Animal Crossing: Wild World, Roscoe cannot be one of the starting villagers in the player's town.

I've got my eye on you, bucko! 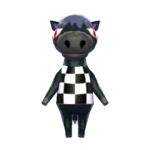 In Doubutsu no Mori e+, Roscoe's house features several items from the Modern Series, as well some from the Chess Theme. His house has the same furniture layout as Rolf's. 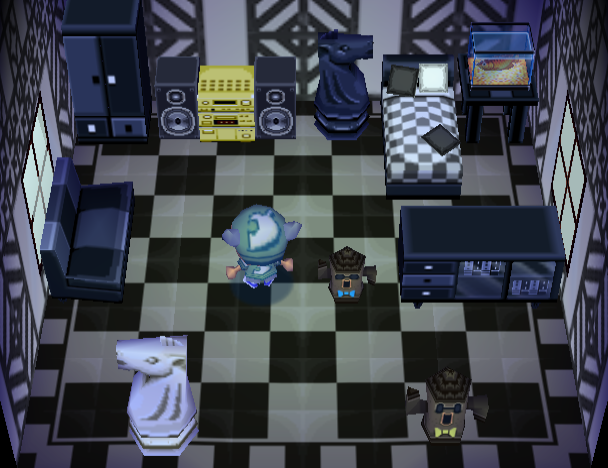 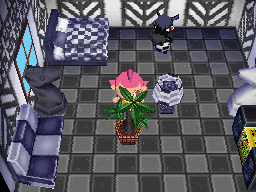 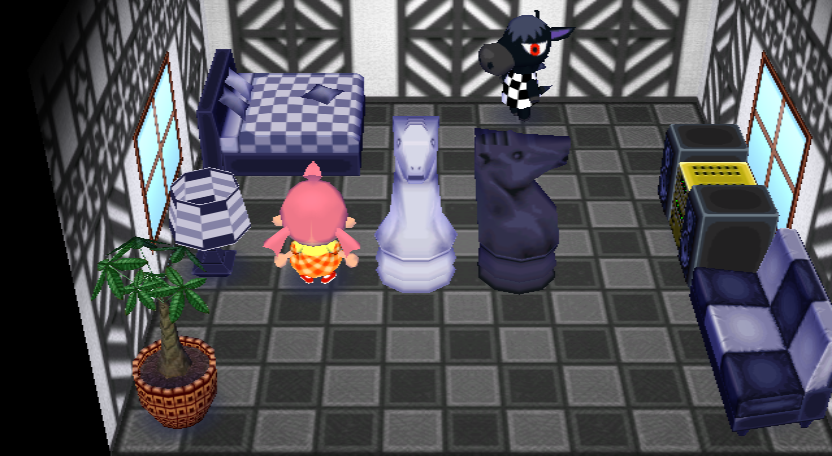 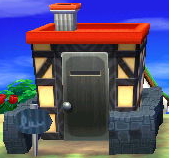 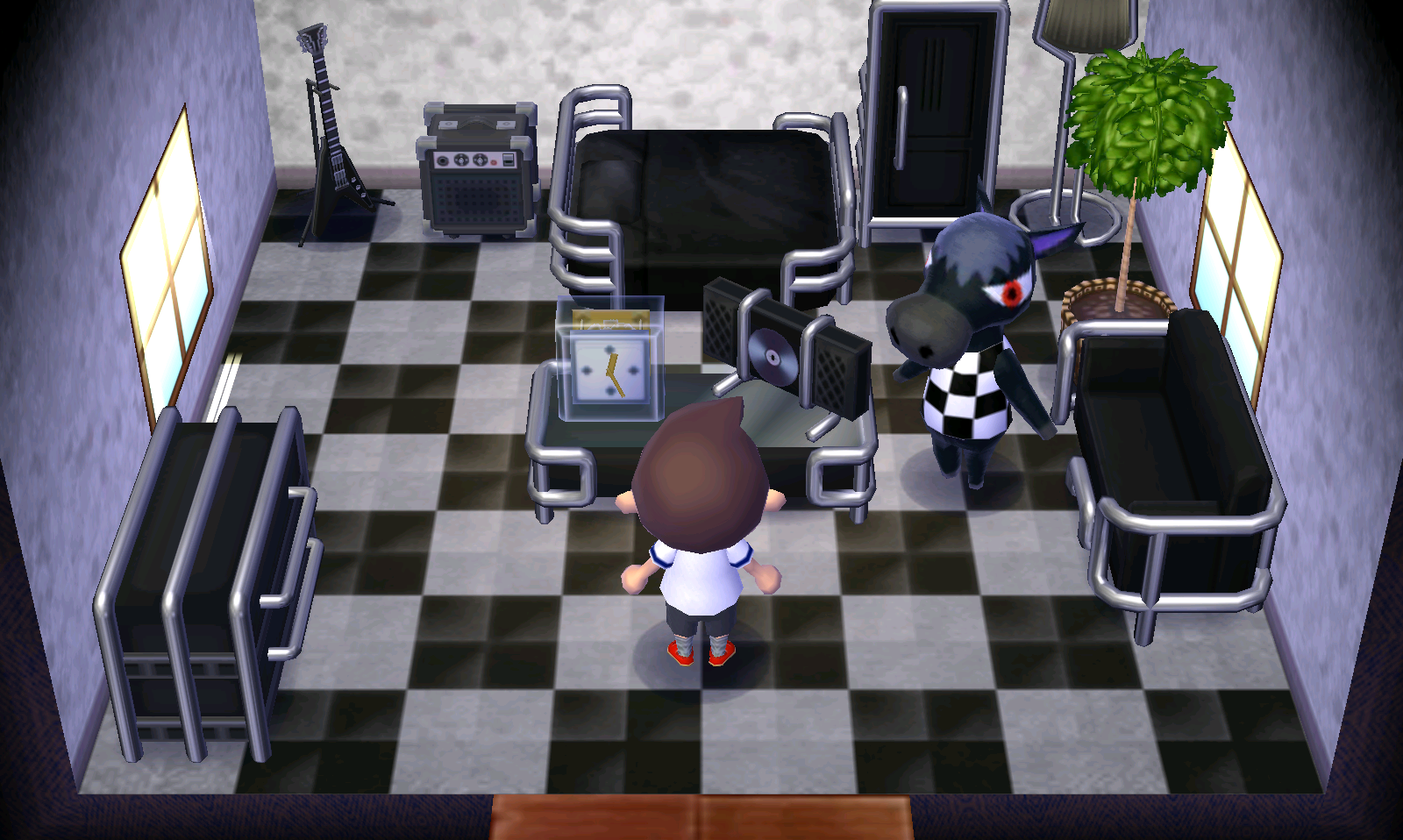 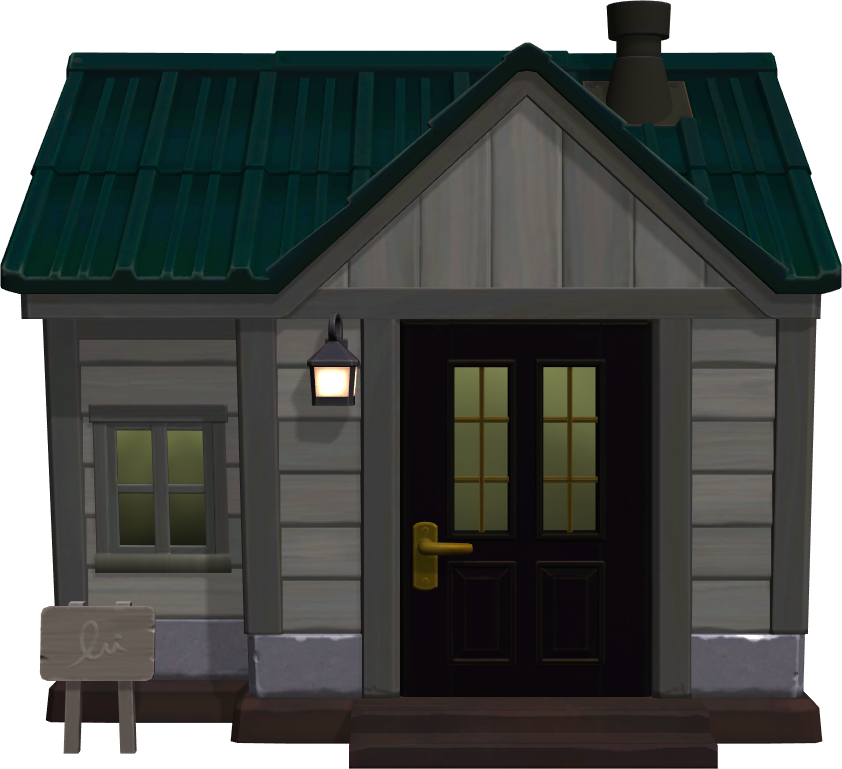 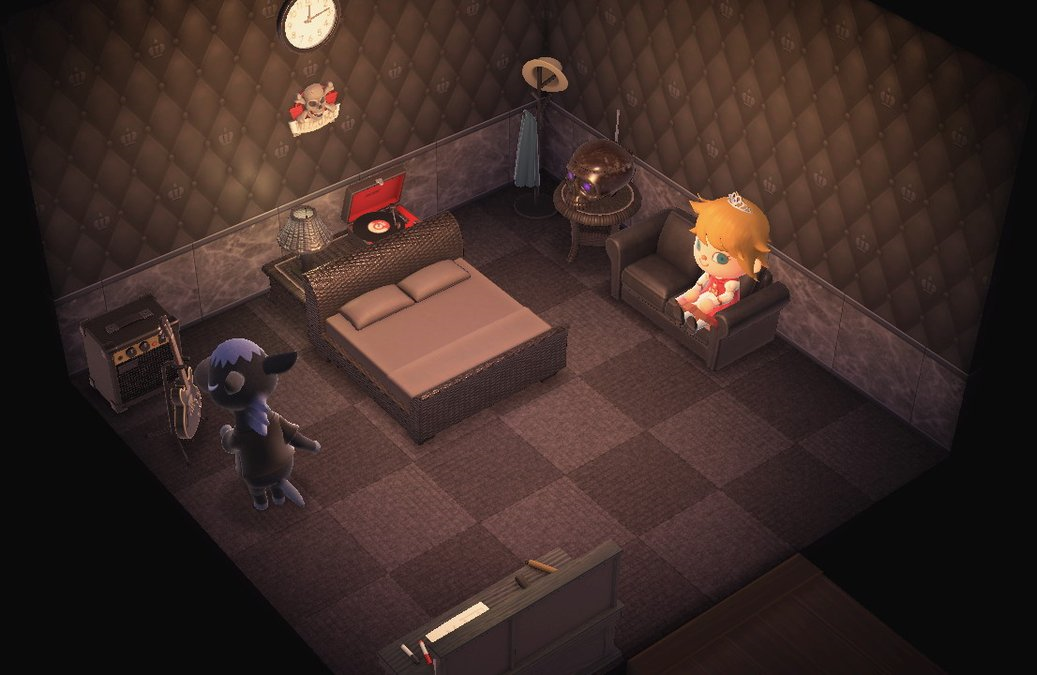 Roscoe is one of the 40 villagers in Animal Crossing: Pocket Camp who have been in the game since its release. 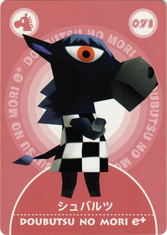 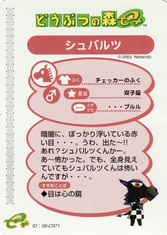 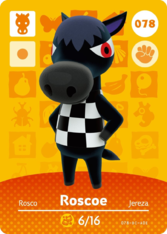