Knox is established to work together with Sterling in Knox's profile on the official Japanese website for Animal Crossing: City Folk.[1] Additionally, Knox and Sterling's New Horizons photos are counterparts to each other, containing mirrored poses both displayed against a rustic-stone wall. Their relationship is hinted at with their similar Japanese names being counterparts to each other.

In New Horizons, Knox has the education hobby and can be seen wearing rimmed glasses, reading a novel while outside, and using a magnifying glass when near certain objects.

Artwork of Knox from City Folk.

Knox is a gray chicken who is dressed as a knight from medieval times. He is one of the few villagers that wear headgear; in this case, a solid gold helmet. His black eyes are halfway covered by his helmet. He has an appearance similar to Sterling, who also has a knight-like outfit.

Knox is a cranky villager, making him seem quite bitter, but can come across as humorous due to his insulting speech. Knox will belittle and appear insensitive to the player when first interacted with, but eventually will warm up to them when befriended, though he will still be insulting in some cases. Due to his bitter behavior, he will be annoyed by peppy villagers and will offend normal and big sister villagers, though he admires lazy villagers and will get along fine with snooty and other cranky villagers.

In Animal Crossing: City Folk, Knox cannot be one of the starting villagers in the player's town. 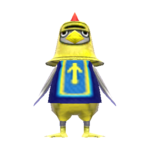 A chicken's coop is its castle. 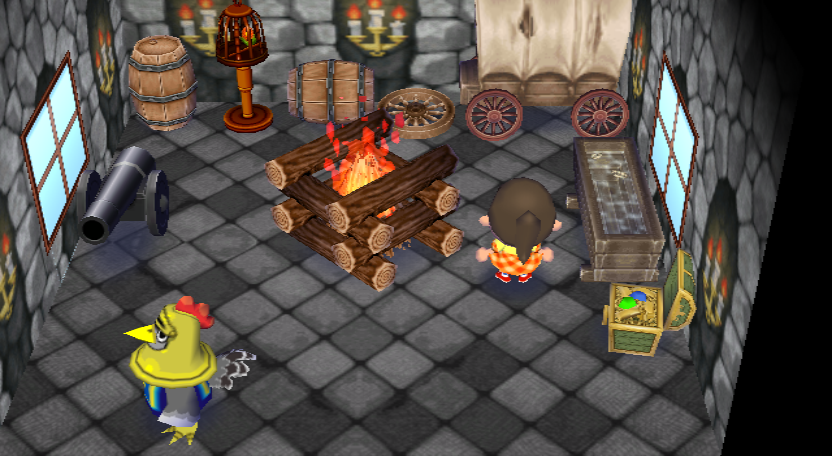 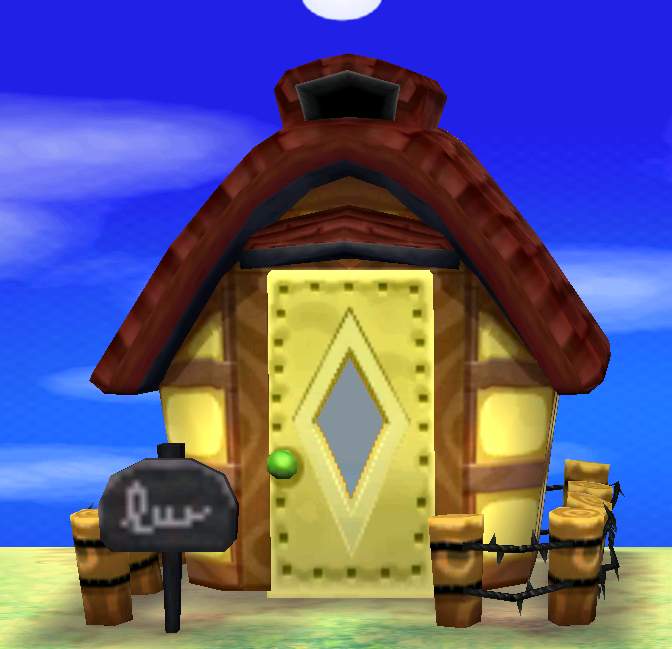 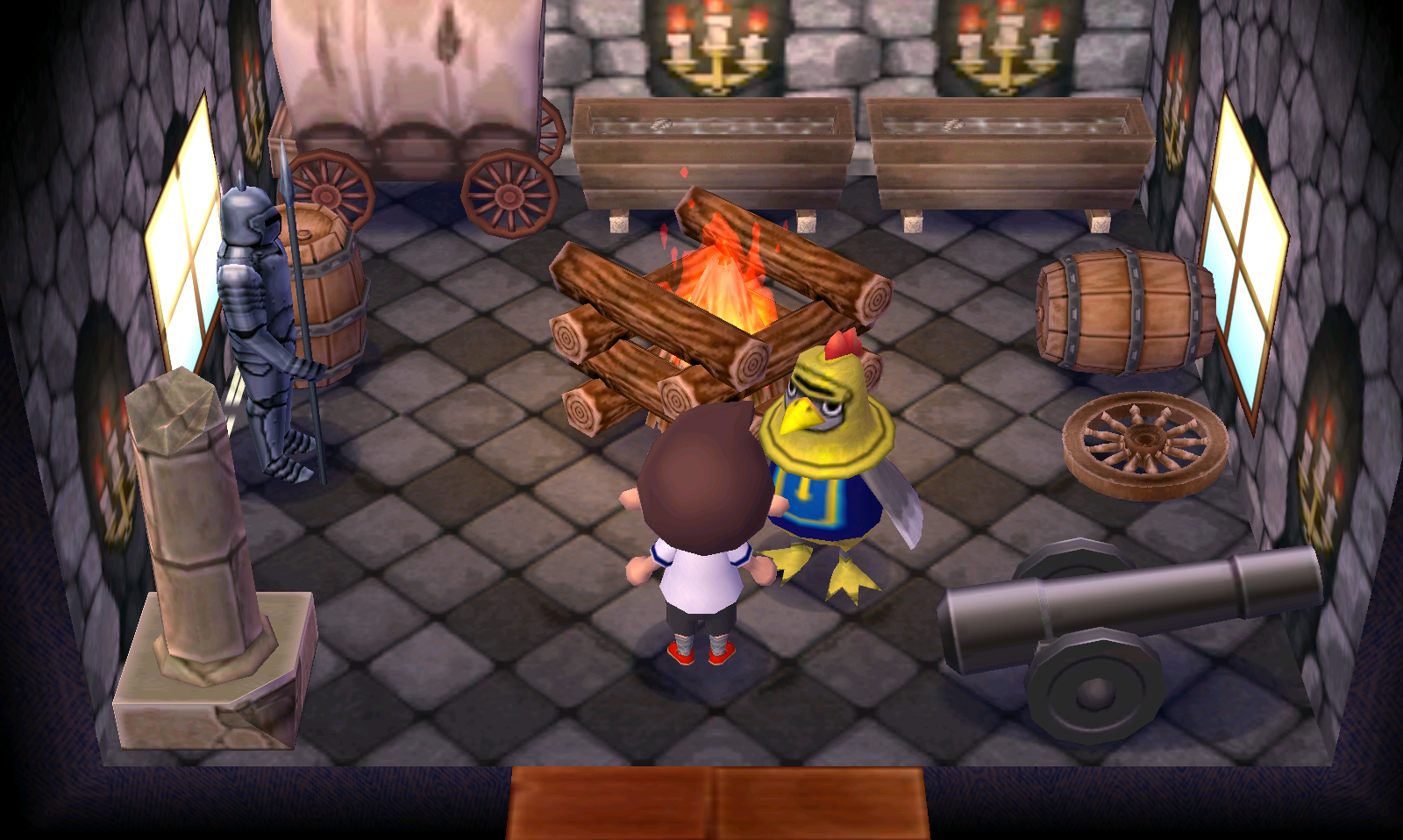 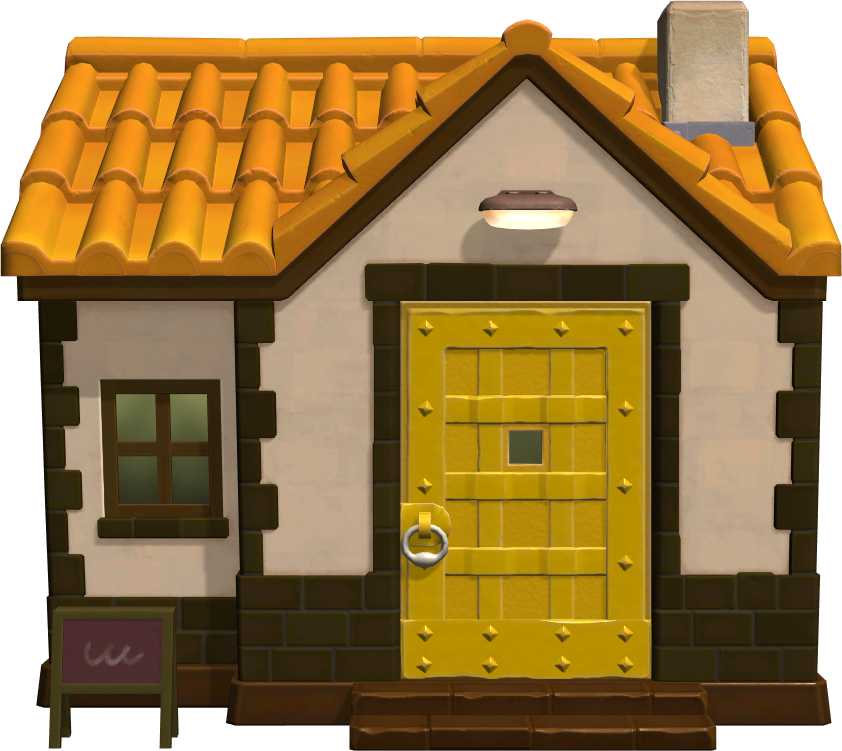 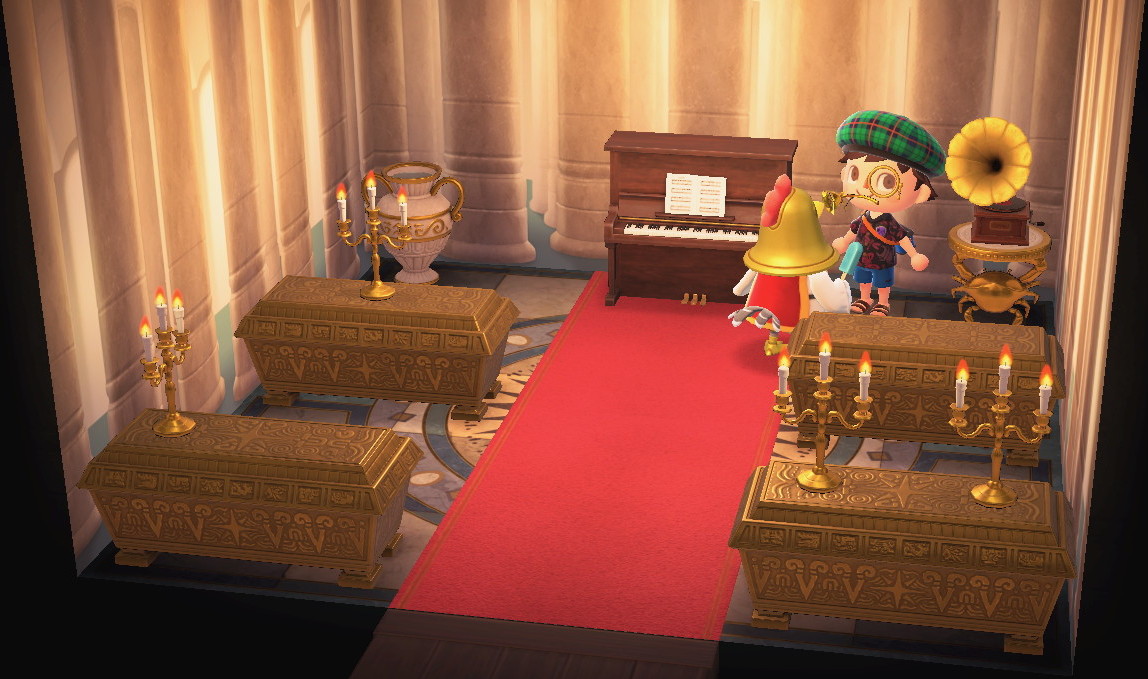 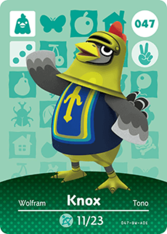