Walt is a cranky kangaroo villager in the Animal Crossing series. He first appeared in Animal Crossing: New Leaf and has appeared in all subsequent games except Animal Crossing: Pocket Camp. His name may be derived from the famous Australian song "Waltzing Matilda," sharing this trait with another kangaroo villager, Mathilda. Walt's name may also be derived from Walt Disney, who first designed the mascot for the University of Missouri–Kansas City, Kasey the Kangaroo.[1] His catchphrase, "pockets," may reference the real-life pouches of female kangaroos.

In New Horizons, Walt has the fitness hobby and will wear sporty shades and lift heavy dumbbells while exercising.

Artwork of Walt from Welcome amiibo.

Walt is a primarily light-gray kangaroo with darker gray coloration on his muzzle, feet, stomach, and the underside of his tail. There are three white bands on each arm. The insides of his ears are yellow. His nose is black and his eyes are dark gray and crescent-shaped, making them appear closed. He also has eyebrows shaped like checkmarks, and a white x-shaped marking underneath his left eye, which is possibly a scratch.

As a cranky villager, Walt will appear mature but unkind. He will be rude to most villagers, including the player at first. Once the player builds a friendship with him, he will appear kinder to them. He will be annoyed by jock villagers for criticizing his age and fitness, and peppy villagers, whose childish, upbeat nature runs in opposition to his more sophisticated and grumpy nature. In addition, the arrogance of smug villagers will also inhibit Walt's ability to get along with them. He can sometimes get along with big sister villagers, but the two tend to clash a lot as both are blunt and heavily opinionated. He will usually get along with normal villagers, who are kind to all personalities, but may upset them with something he says, usually an unpleasant comment concerning another villager. He will get along with most lazy villagers due to admiring their laid-back lifestyle, and snooty villagers due to both personalities being more mature and sophisticated. 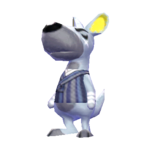 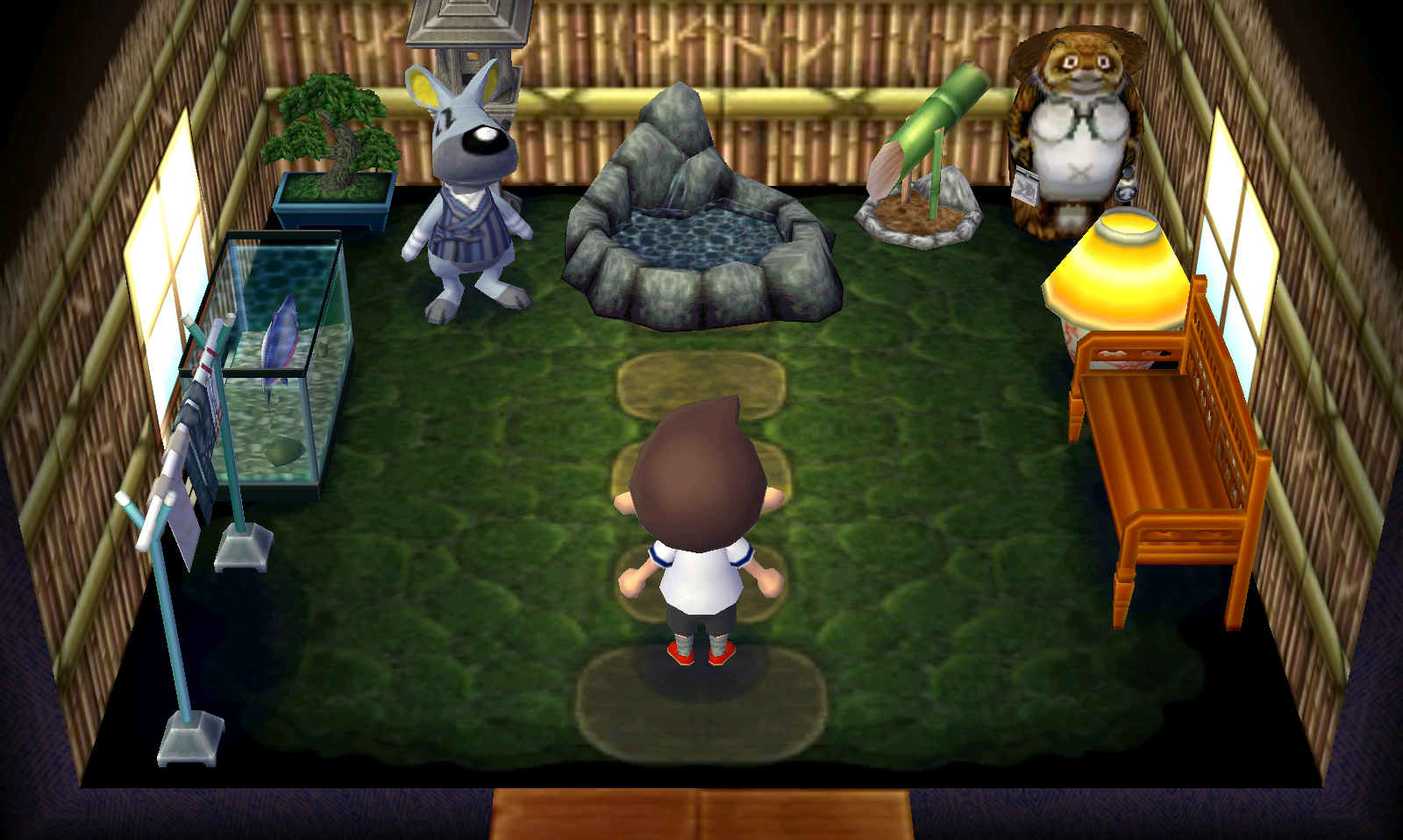 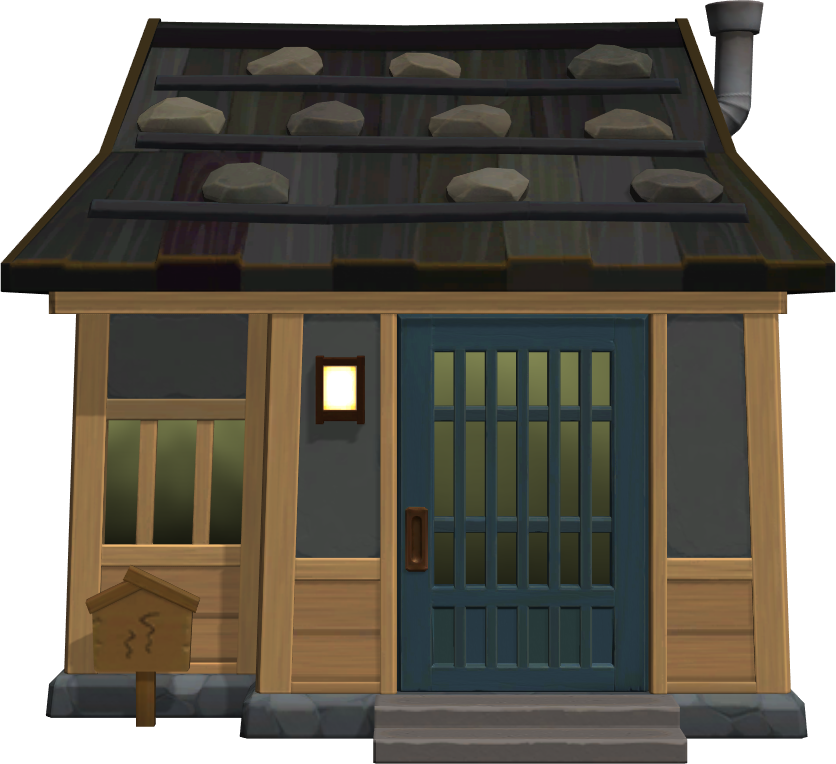 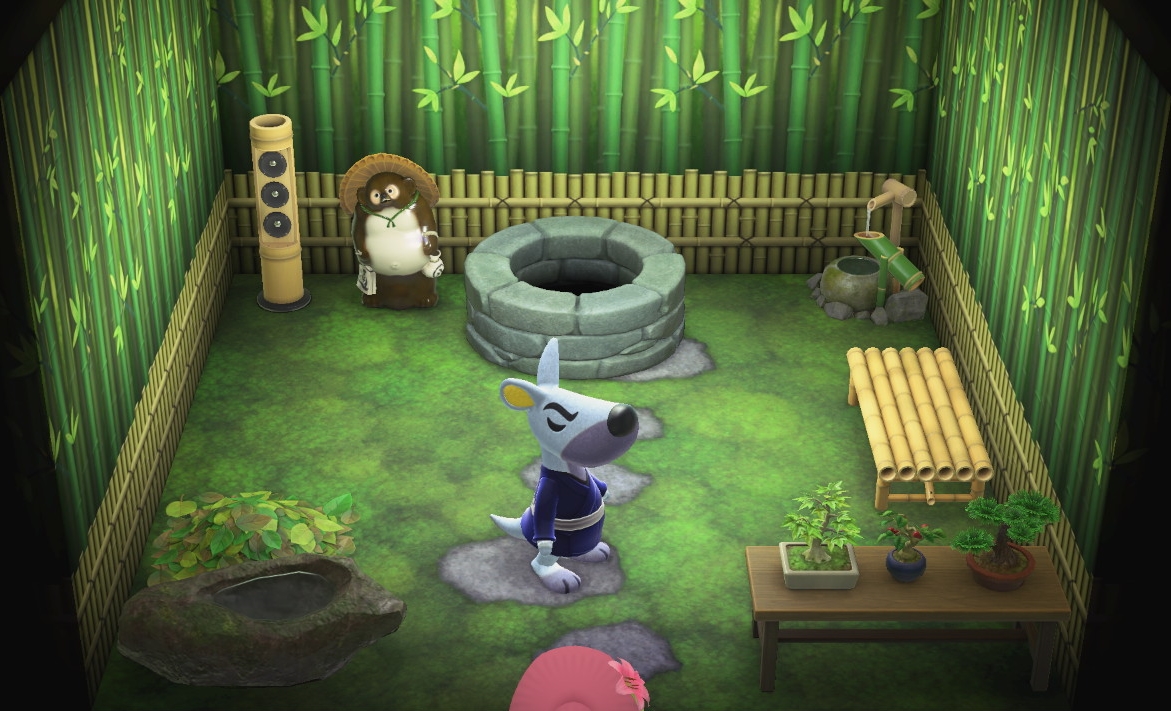 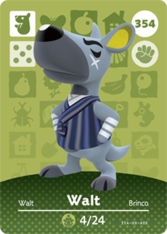