Mira is a big sister rabbit villager in the Animal Crossing series. She first appeared in Animal Crossing: New Leaf and has appeared in all subsequent games. She is the only big sister rabbit in the series. Her name may come from Mira, a star in the constellation Cetus. Her Japanese catchphrase and moon base-themed home in New Leaf reference the Japanese legend of the moon rabbit. Additionally, her superhero theme, red mask, and overall color scheme give her a passing resemblance to Sailor Venus, a moon-themed manga superheroine from Codename: Sailor V.

In New Horizons, Mira has the fitness hobby and will wear sporty shades and lift heavy dumbbells while exercising.

Artwork of Mira from Welcome amiibo.

Mira is a yellow rabbit with red paws and feet that appear to be gloves and boots, respectively. She has teal eyes, a black nose, a red star on the back of her head, and blue on the insides of her ears. She also wears pink lipstick and a red mask over her eyes.

Mira has the big sister personality, a feminine counterpart of the cranky personality. When the player makes friends with her, she will act like a big sister. She will give the player medicine when they get stung by a Bee. Mira will get along with most villagers, but will find it hard to communicate with cranky and snooty villagers because they spread rumors.

In Animal Crossing: New Leaf, Mira cannot be one of the starting villagers in the player's town. 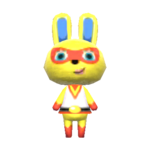 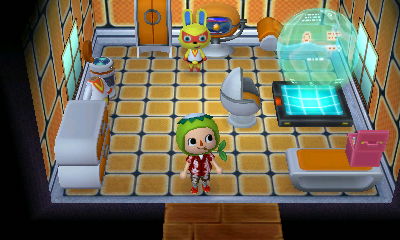 In Animal Crossing: New Horizons, if Mira is one of the starter villagers, her house will have craftable items primarily from the Wooden Block Series. She cannot have her initial house interior unless she moves out of the player's island or the Happy Home Paradise DLC is purchased, in which either the player or Isabelle can reset the interior. 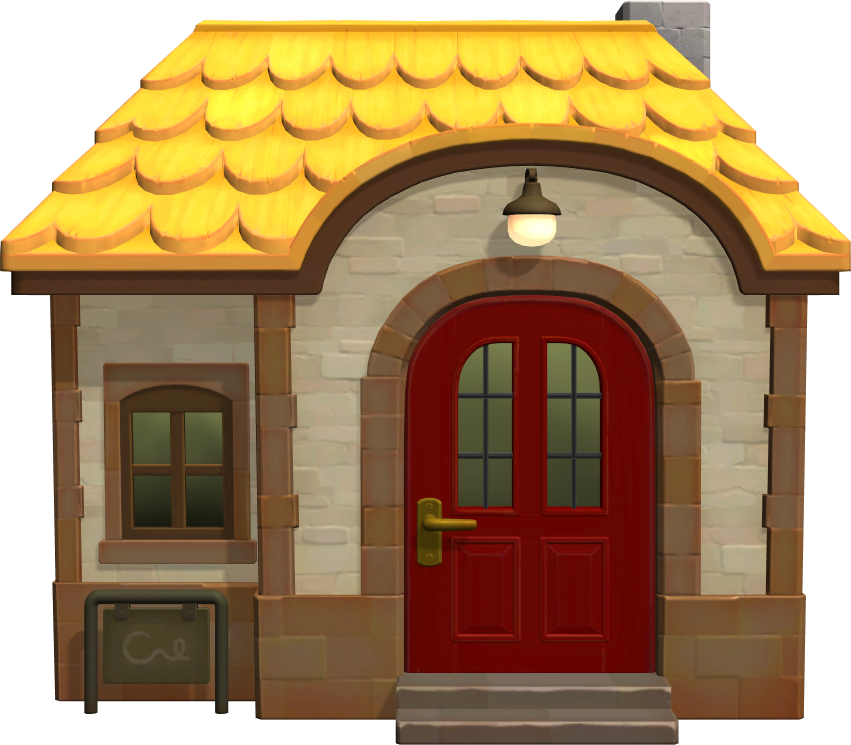 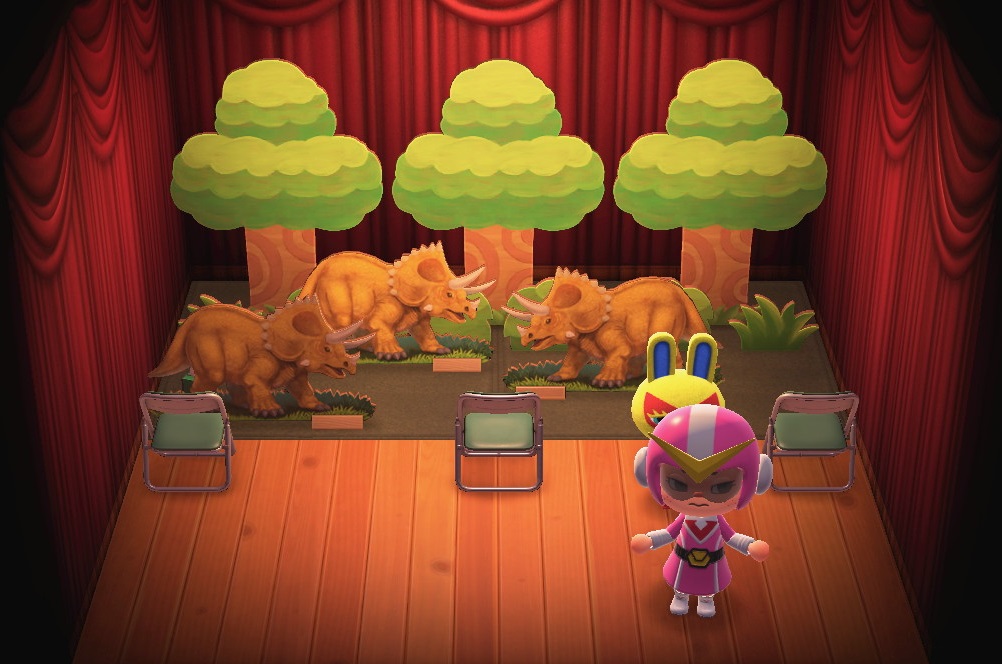 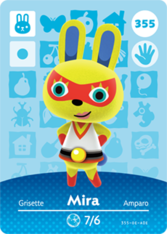