Frita is a big sister sheep villager in the Animal Crossing series. She first appeared in Animal Crossing: New Leaf and has appeared in all subsequent games. Her name comes from fritas, meaning "fries" in Portuguese. Her Japanese name is the same as the English name of Wendy, another sheep villager. Her catchphrase, "oh ewe," is a pun on "oh you," a phrase meant as a reply to a clever or cheeky statement, and "ewe," a female sheep.

In New Horizons, Frita has the music hobby and may sing anywhere without the need of a stereo.

Artwork of Frita from Welcome amiibo.

Frita is a sheep with yellow-colored wool, which resemble French fries, and the back of her head resembles a hamburger. Her face also resembles a potato. She has ruddy cheeks and freckles, as well as round, light blue eyes. Her face, arms, and legs are all brown and her horns are yellow with red stripes, which look like dollops of ketchup and mustard.

Frita is a big sister villager, which means she will act like a bodyguard to the player. She will be easy to befriend for this reason. She will care deeply about how she looks and will often give the player tips on how to relax. However, due to her bodyguard-likeness, occasionally she will give the player fighting tips or assure the player they will beat someone up for being mean to the player. She is similar to a snooty villager and basically will act like a big sister to the player. For instance, if the player talks to Frita after they have been stung by a bee, she will give them medicine. She will get along with jock, peppy and lazy villagers for their shared interests and outlooks on life, but might not get along with cranky and snooty villagers due to their habit of spreading gossip. Frita will fall asleep at 3:00 AM and wakes up at 11:00 AM.

In Animal Crossing: New Leaf, Frita cannot be one of the starting villagers in the player's town. 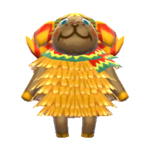 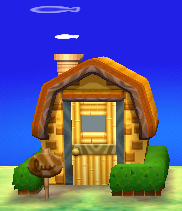 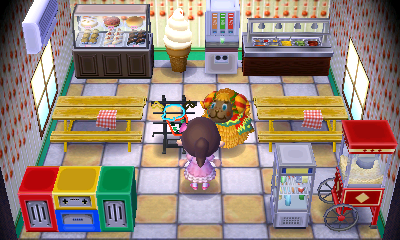 In Animal Crossing: New Horizons, if Frita is one of the starter villagers, her house will have craftable items primarily from the Wooden Block Series. She cannot have her initial house interior unless she moves out of the player's island or the Happy Home Paradise DLC is purchased, in which either the player or Isabelle can reset the interior. 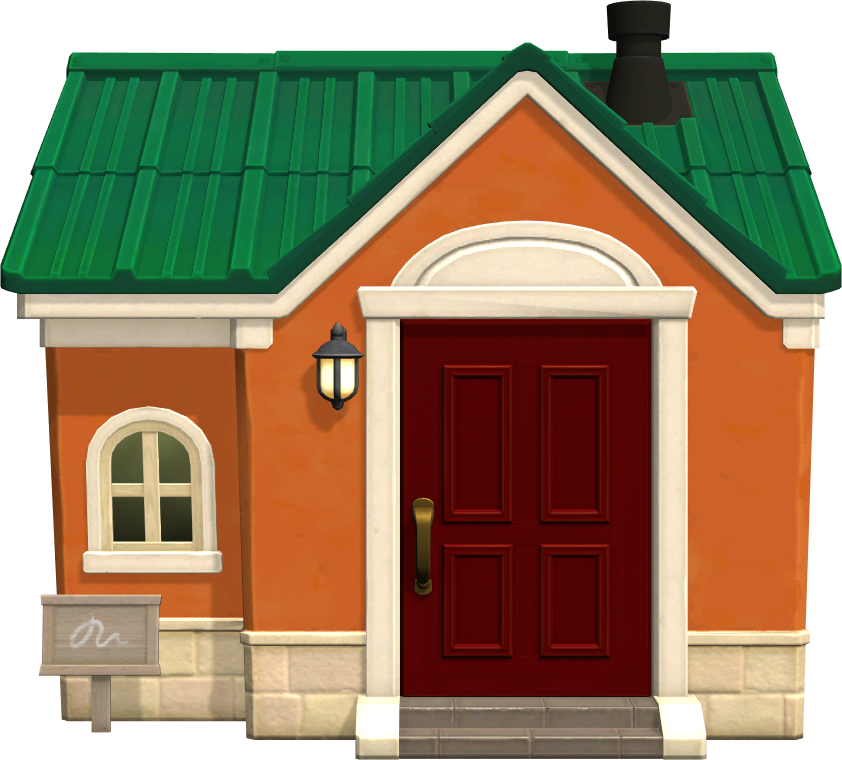 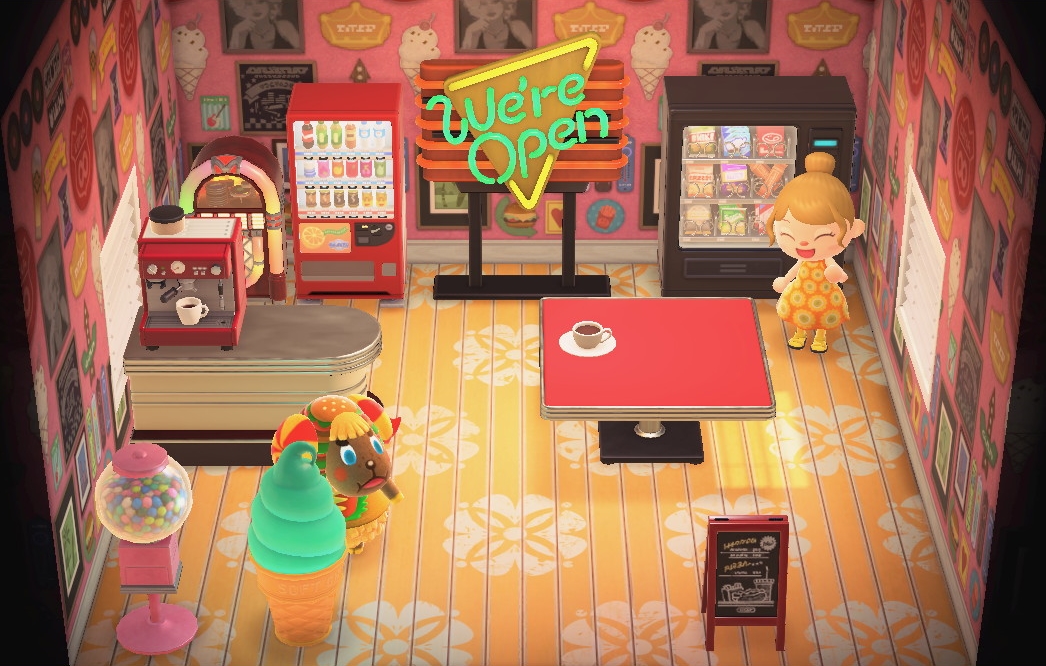 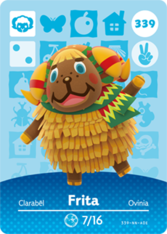