Woolio is a jock sheep villager in the Animal Crossing series. He appears in every first-generation Animal Crossing game. His name is a portmanteau of wool and coolio, which reflects on his general appearance.

Woolio in Doubutsu no Mori.

Woolio is a pale-skinned sheep with a purple coat. He wears sunglasses and has yellow-and-red-striped horns. He has a green star on the left side of his face, much like Rio's. When shocked, his glasses will slip down, revealing his small eyes.

Woolio has a jock personality, which means he will have a keen interest in sport and fitness, making him appear competitive and in some cases rude when talking to other villagers and the player, usually criticizing their fitness or lifestyle. He may appear slow-witted or absent minded when in deep, meaningful conversations which may leave him upset or confused when talking to other villagers, which happens more frequently with cranky or lazy villagers, both of which have opposing lifestyles of calm and relaxation. He will get along well with peppy villagers, who are seen as the female equivalent of the jock in some cases, as they share an active interest in cheerleading and appear hyper active in conversation. He will get along well with normal villagers, but may, on the rare occasion, anger them.

In Animal Crossing, Woolio cannot be one of the starting villagers in the player's town. 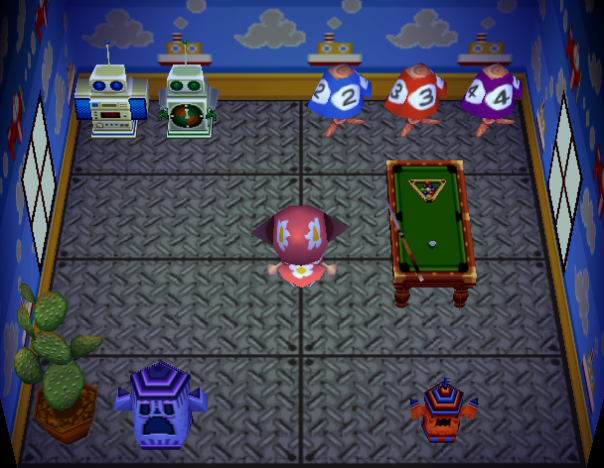 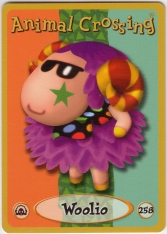 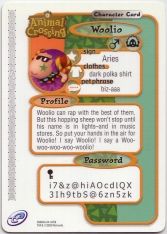