Shoukichi is a jock bird villager in Doubutsu no Mori e+. He can only move to the player's town if his e-Reader card is scanned, which was exclusively bundled with the Mori o Tsukurou! figurine set F-50.

Shoukichi is a red bird with a white face that has black markings. He has wide-open eyes and black pupils. His feet and beak are yellow, and his stomach and part of his tail are white. His design appears to be based on a Japanese daruma doll.

As a jock villager, he will have a keen interest in sports and exercising, judging on the player's physical health. He will get along with peppy and normal villagers, but may get offended and will not get along with lazy villagers due to having conflicting lifestyles. He may offend and upset snooty or cranky villagers, due to him criticizing their physical appearance, weight and lifestyle. 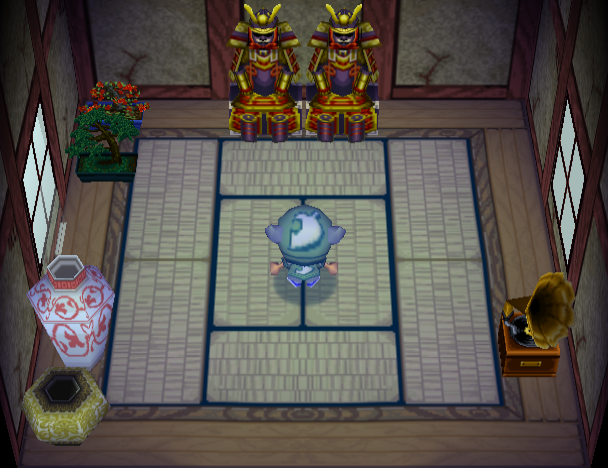