In New Horizons, Piper has the play hobby and can run around with her arms extended at any time, rather than only outside Resident Services during a scripted activity with a group of villagers.

Artwork of Piper from Animal Crossing.

Piper is a white bird with black, half-closed eyes and eyelashes. Additionally, she has a red beak and feet. Although her name alludes to sandpipers, her design appears to be based on an albino Java sparrow, a species native to the islands of Indonesia (hence her Indonesian-themed outfit in the original game, and her hotel-themed house throughout the series). Java sparrows are popular pets in Japan, and albino ones, in particular, have striking pure-white plumage, matching Piper's appearance.

Piper has a peppy personality. She gets along with most other villagers, but may annoy snooty and cranky villagers with her excited and expressive personality. She is typically eager and easy-going and is the female equivalent of a jock.

In Animal Crossing: New Leaf - Welcome amiibo, Piper can only move to the player's town if her amiibo card is scanned, or if she is invited to move in from another player's town. 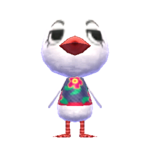 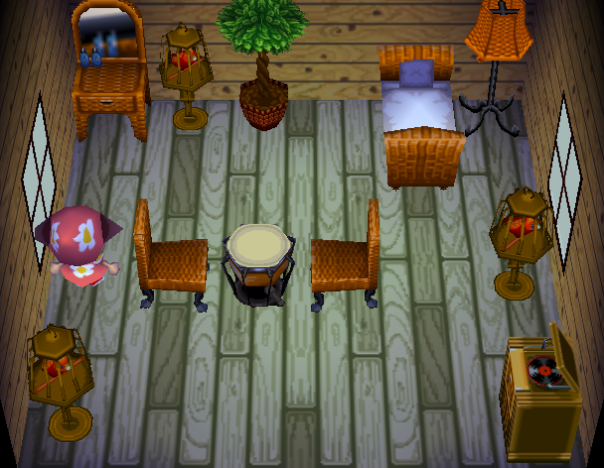 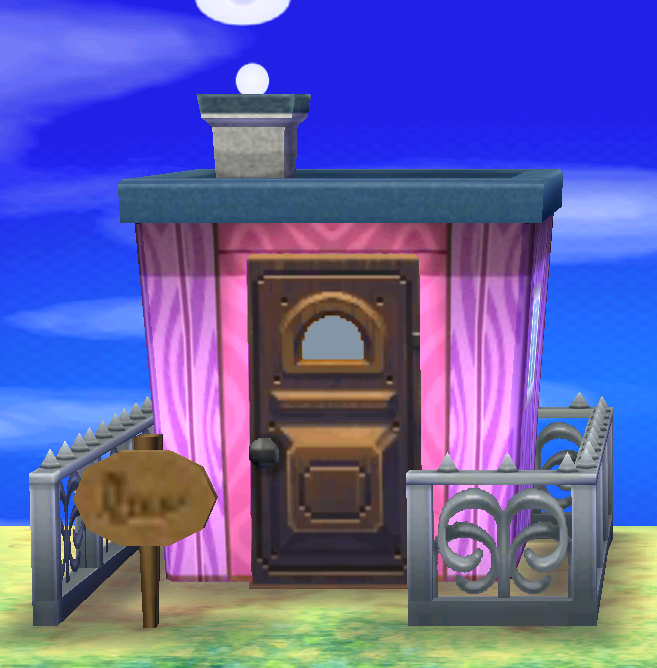 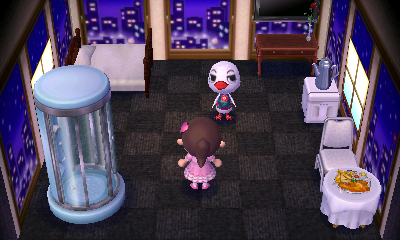 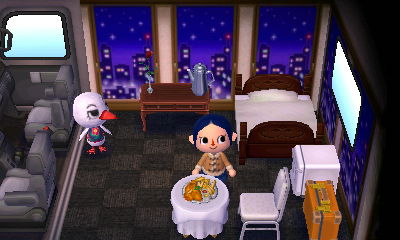 In Animal Crossing: New Horizons, if Piper is one of the villagers who moved in during the main storyline after the villager house development quest, her house will have a combination of non-craftable furniture, plus items crafted by players during the island development storyline, primarily from the Wooden Block Series. She cannot have her initial house interior unless she moves out of the player's island or the Happy Home Paradise DLC is purchased, in which either the player or Isabelle can reset the interior. 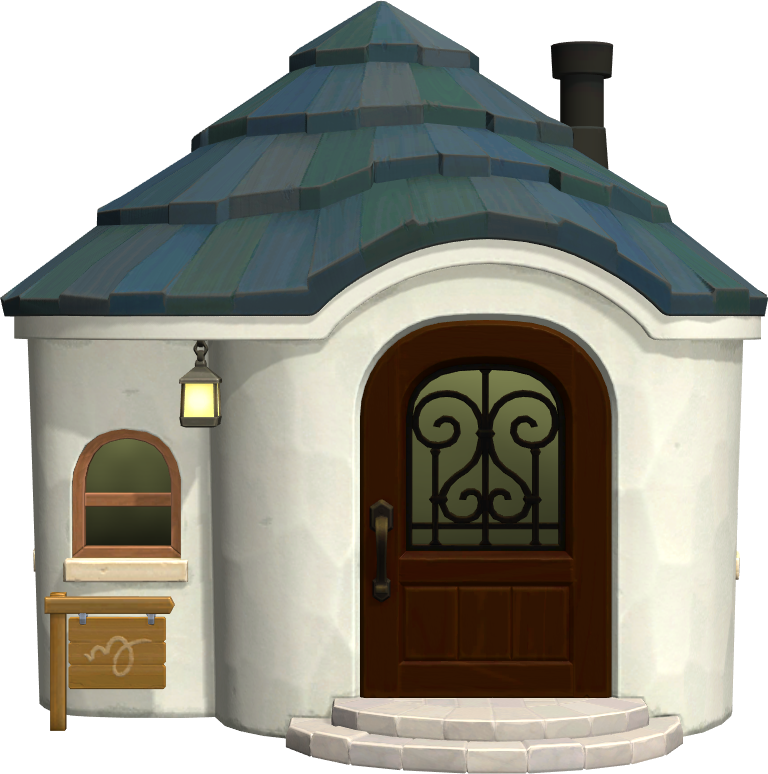 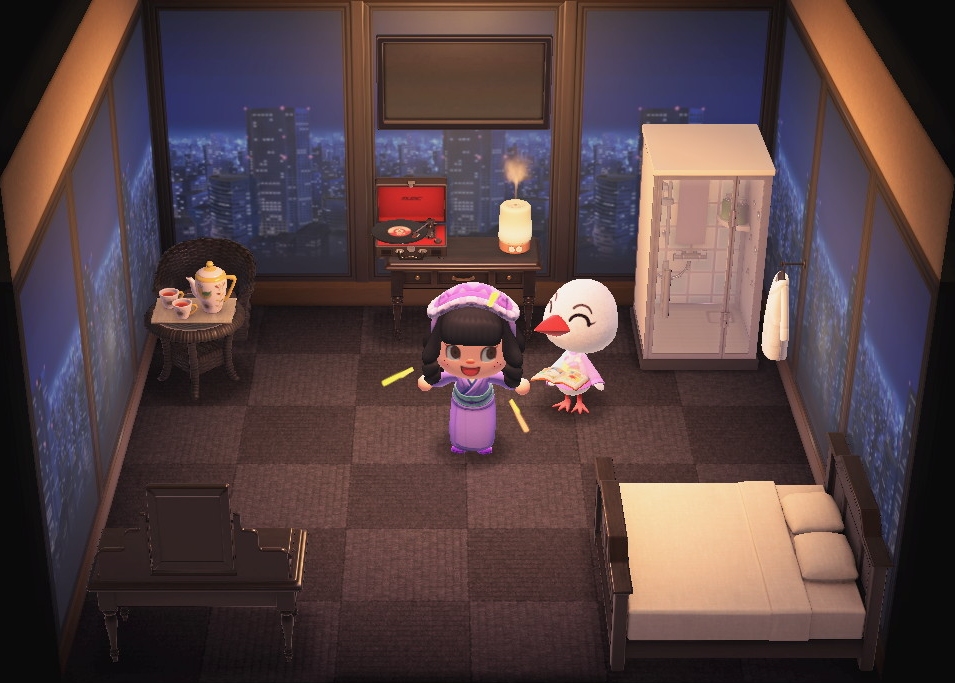 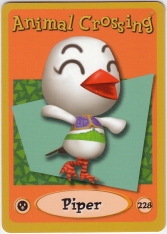 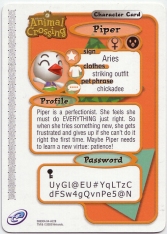